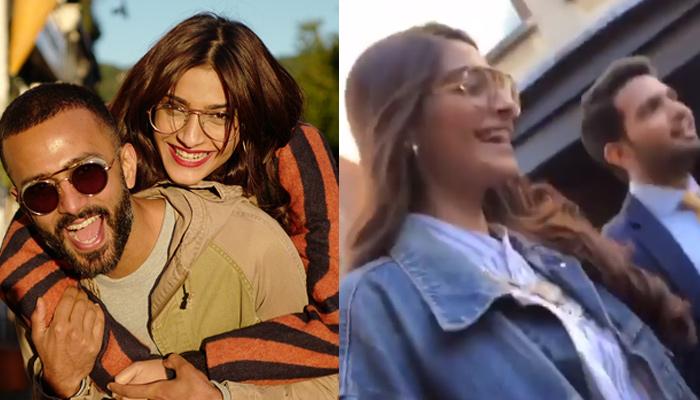 Sonam Kapoor Ahuja and Anand S Ahuja got married on May 8, 2018 at a star-studded wedding in Mumbai. Her wedding has been the talk of the town for quite a while, when daddy Anil Kapoor shared an official joint statement confirming their marriage. And then? Wild guesses about the colour of her lehenga, cousin Arjun Kapoor pulling her leg, Anupam Kher sharing a video about the bride-to-be and what not! (Checkout! Sonam Thanks Anand For The Best B'Day Gift, Chills With Her Sisters Rhea, Janhvi, Khushi, Anshula)

Sonam’s attires were something that everyone looked out for. Being quite a fashionista herself, her fans had pinned their high hopes on her and how she raised those hopes to another level altogether! More so, because hubby Anand’s love for her reflected on her and she glowed like an angel at her wedding. 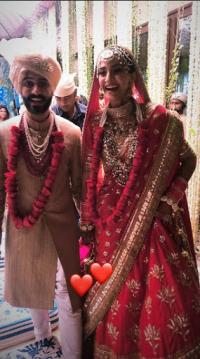 After your favourite star’s marriage, it’s their post-wedding scenes that fans look forward to, the most. At some recent Instagram stories by hubby Anand, he posted two videos at one Sonam was speaking to a friend about how conscious she feels when she is asked to sing alone and in the second one, the Veere Di Wedding diva is seen walking on London streets and opening singing to Abhi Naa Jao Chor Kar with a friend, while Anand captures his lovely wife. As you swipe right, you will see a super-adorable Sonam posting an Instagram story from her handle where she asks Anand if she can drive his car and Anand replied with a, “Yaa. Show me licence.” This is so cute!

Soon after their marriage, both Sonam and Anand gave the world some serious post-marriage goals when they included both of their names/surnames  in each other’s names. At an interaction with Firstpost, when Sonam was asked about the same, she shared, “Anand and I had a very long conversation you know, and we obviously want to have kids eventually, and he had this one friend who had a very long name, his mother’s name, father’s name, blah blah blah. I said, see anyways it’s a patriarchal concept, I have my father’s last name, I don’t have my mother’s name, and I want to be part of your family as well, and he wanted to be a part of mine. So first he said, shall I do Anand Ahuja Kapoor or Anand Kapoor Ahuja? And you do Sonam Kapoor Ahuja? I was like, that’s still my father’s name, no? How will my kids have my name in some way? Then he said, should I keep Sonam in the middle? So I said fine." (Also Read: 'Dulhe Raja' Abhinav Shukla Arrives With The 'Baraat' To Take His 'Dulhaniya' Rubina Dilaik)

She further added, “Now Sonam Kapoor Ahuja becomes very long, but in our passports, I’ll be Sonam Kapoor Ahuja and he will be Anand Sonam Ahuja. Which I think is amazing. Because I wanted to have the same name as my child and I wanted my child to have my name as well. For now this was the best compromise we could come with, Anna, where our child has both our names which has nothing to do with my father, but I still have my father’s name because I love him and my progressive thoughts come from him, but I also wanted my husband’s name and he wanted my name." 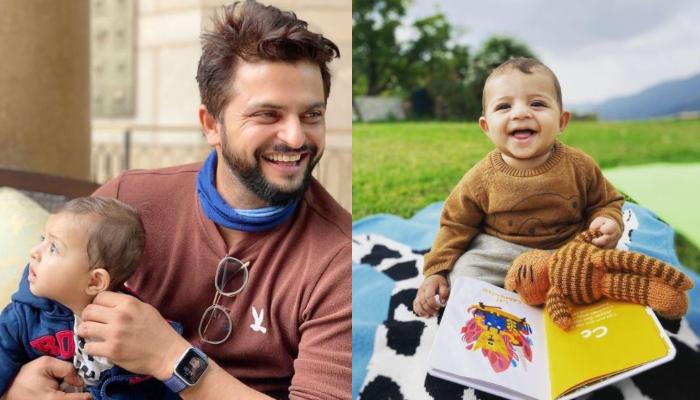