On May 18, 2020, Mohammad Asaduddin turned 30 and his darling wife, Anam Mirza penned an adorable wish for him with glimpses of their perfect moments.

It was on December 11, 2019, when tennis star, Sania Mirza’s baby sister, Anam Mirza had said ‘Qubool Hai’ to Mohammad Asaduddin, son of Mohammad Azharuddin (Indian cricket team's former captain) in a traditional Hyderabadi nikaah ceremony in Hyderabad. And ever since their marriage, the beautiful couple has been treating their fans with their love-filled pictures and videos.

Also Read: Karanvir Bohra Teaches His Youngest Daughter How To Give 'Aragh' To Sun On Her 5th-Month Birthday

A few days back, Anam had posted a hilarious video of Asad, which is relatable to every husband. In her ‘When my husband wants to have a movie night’ video, Anam had shown how she and Asad had started watching a film and within five minutes, he had dozed off. Anam had captioned the video as “Is this just my husband? Or your husband is normal? #netflixandchill #husbandchronicles #husbandandwife #reelkarofeelkaro” On Anam’s video, Sania had commented and had written, “This is a fact.”

On May 18, 2021, Asad Azharuddin turned 31 and to make his birthday special, his doting wife, Anam Mirza shared an adorable video of all their perfect moments on her IG handle. Along with the video, Anam wrote, “Happy birthday to my world. I love you. @asad_ab18 here’s a flashback of all our bad pictures but perfect moments!” followed by a heart emoticon. On the other hand, Asad took to his IG stories and shared a picture with Anam Mirza, Sania Mirza, Shoaib Malik and some of their friends and wrote, “Thank you guys for making my birthday so special. Love you all!” atop it. 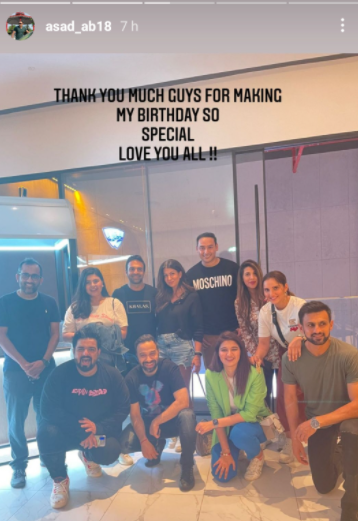 Last year on Asad’s 30th birthday, Anam had planned a virtual party with their friends and family. Anam and Asad’s friends and family had come together on a conference video call to wish him on his birthday. Posting a picture of his birthday cakes, Anam had written, “Wanted to get @asad_ab18 a pair of yeezy’s. let’s make do with a cake for now” and “also wanted to gift him a trip, so let’s do it with a cake for that too” atop her IG story. 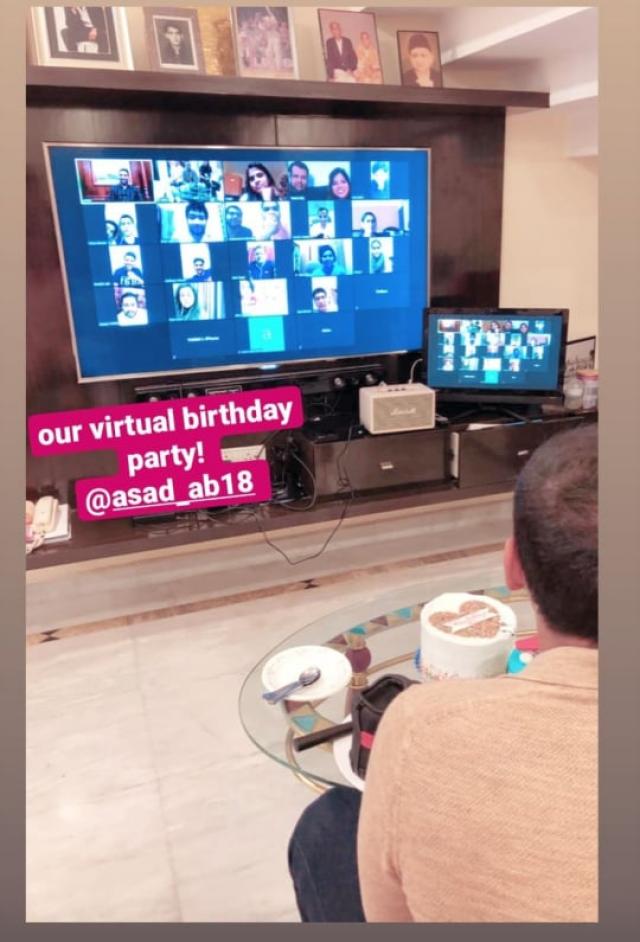 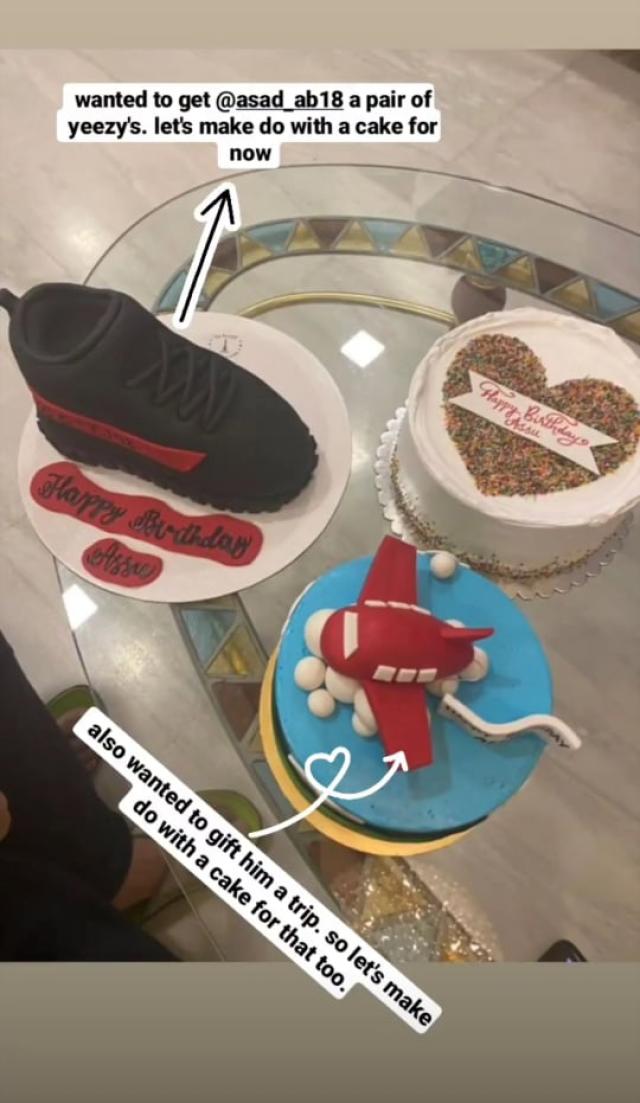 In an interview with the Vogue, Anam had thrown some light on her love story and wedding with Asad. Talking about the same, Anam had elaborated, “Before we even officially started dating, we happened to meet each other’s parents. My folks instantly fell in love with Asad, and same was the case with his family. It’s ironic; everyone around us always knew that we would make the perfect couple. And it turned out to be true. After just a month of getting to know each other, we were sure we wanted to get married.” 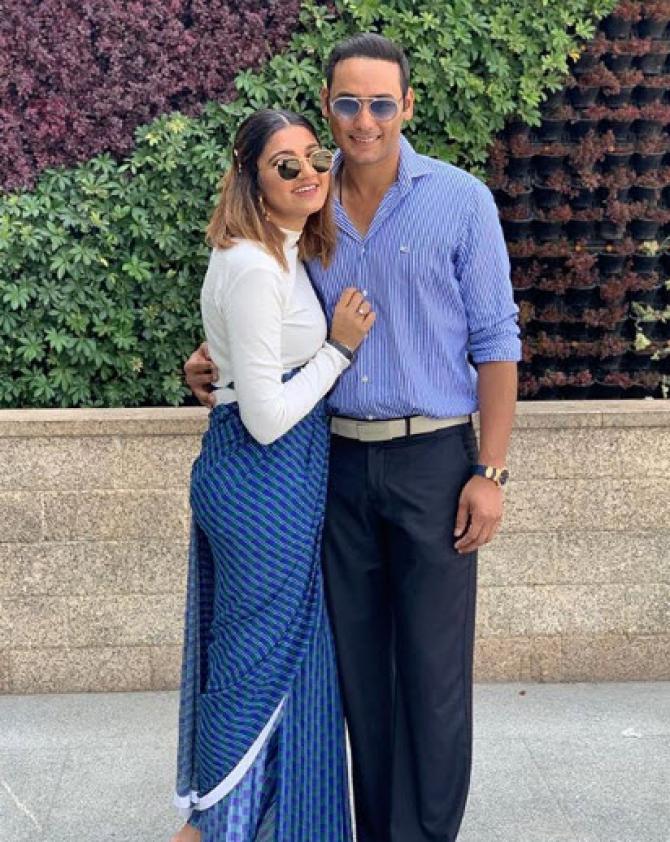 Anam and Asad had kickstarted their married life with a vacation to Anam’s favourite place, Finland. On January 12, 2020, Anam had shared her honeymoon picture on her Instagram handle. She had captioned it as "-3°C but warm as ever with this man next to me #BucketListing." On the other hand, Asad had also shared the same picture on his Instagram handle and had written, "The most beautiful place I have ever been with my lady #honeymoon #finland." 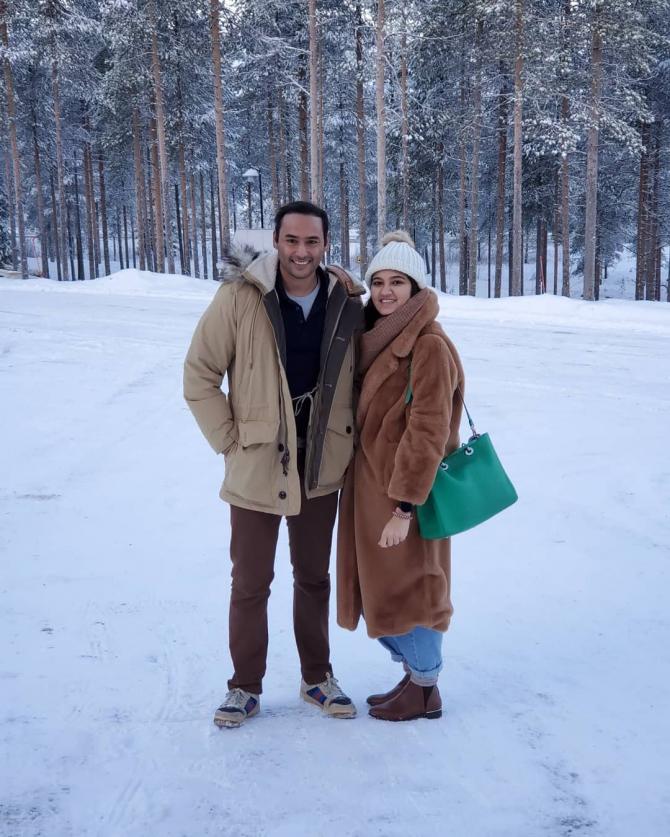 On February 24, 2021, Anam Mirza had turned 27 and it was her doting hubby, who had made her day even more special. Sharing a picture with Anam, Asad had written a heartmelting wish for her, which could be read as “Happy birthday Anam . Thank you for being a pillar of strength to me. Love you.”

Also Read: Nakuul Mehta And Jankee Parekh Get Drenched In The First Rain Of The Year Just Like The Old Times