After a fairytale wedding, Sania Mirza's sister, Anam Mirza is enjoying every second of being Mrs Azharuddin. Check out their unseen dance video! 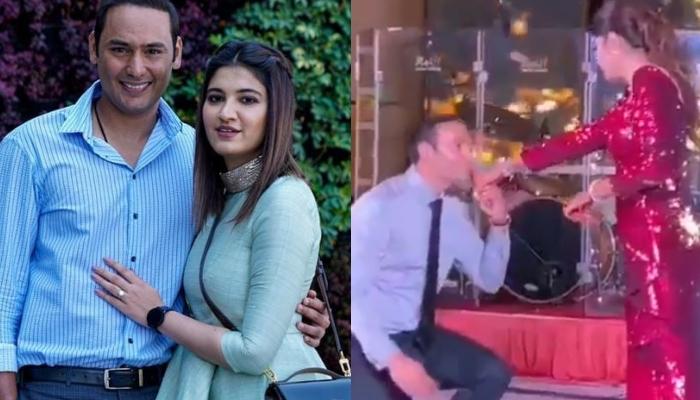 Every girl dreams of having a man, who treats her like a queen. She believes in living a fairytale life with the man of her dreams. The one with whom life becomes a paradise and the honeymoon period never ends. And Sania Mirza's baby sister, Anam Mirza found her prince-charming in Asad Azharuddin. The duo had been winning our hearts ever since they had tied the knot last year in December. Since then, we are constantly keeping an eye on their Instagram feeds that are an epitome of their endless love. (Recommend Read: Sonam Kapoor Ahuja's Hubby Anand Ahuja Shares Unseen Family Wedding Pictures, Prays For Their Health)

It was on December 11, 2019, when Anam had said 'Qubool Hai' to the man of her dreams, Asad in a nikah. Their wedding created a stir on the internet, thanks to their unique wedding hashtag, 'AbBasAnamHi'. The duo had radiated couple goals with their pre and post-wedding festivities.

On March 25, 2020, Anam took to her Instagram handle and shared an unseen romantic dance video from her post-wedding festivities. And oh boy, we love their every dance step. Alongside it, Anam wrote, "Our perfect moment on our perfect song. Terrible dancers but we just had to. Thanks @nicyjosephdanceandfitness, would've been worse without you  #AbBasAnamHi." Check it out!

On December 27, 2019, Anam had shared her wedding video which was shot by Daemi Films. The video gave us glimpses of Anam and Asad's fairytale wedding. But what took our heart away was her family's words that they spoke for the newly-married couple. Anam's sister, Sania had shared that she had seen her sister's 'falling in love phase' to her turning into a 'bride phase'. Alongside the video, Anam had written, "Once, in a while, life gives you a fairytale. Here is ours. #alhamdulillahforeverything. My wedding video had to be done by my favourite, @daaemi @asad_ab18." (Also Read: Kalki Koechlin Shares An Adorable Picture Of Her Little Angel, Sappho Curled Up In Her Daddy's Arms)

Talking about the honeymoon, the newly-married couple, Anam and Asad had kickstarted their married life with a vacation to their favourite place. Anam got to live her childhood dream of seeing the snowfall in Finland with the love of her life, Asad Azharuddin. On January 12, 2020, Anam had shared her honeymoon picture on her Instagram handle. She had captioned it as "-3°C but warm as ever with this man next to me  #BucketListing #alhamdulillahforeverything." On the other hand, Asad had also shared the same picture on his Instagram handle and had written, "The most beautiful place I have ever been with my lady #honeymoon #finland". (Don't Miss: Celina Jaitly Wishes Twins, Viraaj And Winston On 8th Birthday, Posts 'Cutest And Craziest' Journey)

Well, we love Anam and Asad's romantic dance! What about you? 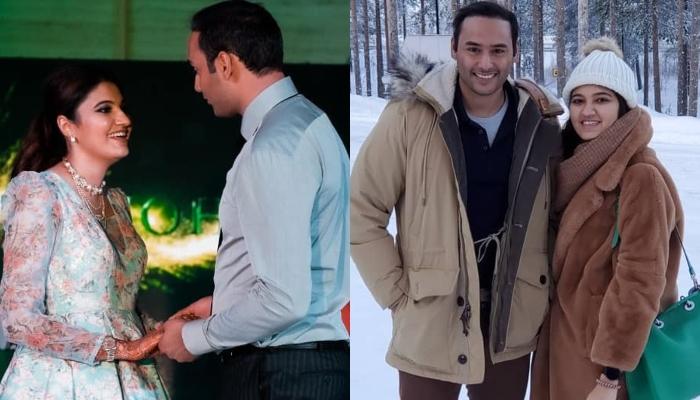 Every girl dreams of marrying a man, who takes her to places and treats her like a princess. The one with whom life becomes a paradise and the honeymoon period never ends. Talking about the honeymoon, newly-married couples are kickstarting their married life with a vacation to their favourite places. And