Amitabh Bachchan reminisced the fond memories of his family vacation to Keukenhof, the Garden of Europe in the Netherlands with Jaya Bachchan, Abhishek Bachchan and Shweta Bachchan Nanda. It is often said that even though cinema sometimes takes you to a fascinating world, some movies are also the reflection of society. Some films were way ahead of their time and were rarely appreciated when they first came out. Topics like extramarital affair, honour killing, child abuse, the concept of satire and unconventional human relationships, had asked the audience to get out of their comfort zone and appreciate the taboo-ed subjects, which was too much to ask for at that moment. It is now that infidelity has become common across the globe, but in 1981, Yash Chopra had managed to represent extramarital affair in such a way that it became a cult film, even though it was ahead of its time. (Also Read: Kareena Shares An Old Picture of 'Irreplaceable' Rishi Kapoor And R.D. Burman With Her Parents)

Not only the dialogues, songs or the topic but Yash Chopra’s 1981 film, Silsila had also set everyone's expectations high only because of the casting of the movie. The film was based on the love-triangle of Amitabh Bachchan, Jaya Bhaduri and Rekha. In real life too, the love triangle between these three celebrities had made the headlines back then. It’s been almost four decades since the film released but its memories in our minds are still fresh. Even today when we listen to Dekha Ek Khwab, we flock to those tulip fields of Holland imagining ourselves to be romancing with our partner and Rang Barse was, is and will always be our go-to Holi song.

Since we have so many beautiful ‘imaginable’ memories with the iconic film, Silsila, things are definitely not any different with the star cast of the film. A while back, Amitabh Bachchan reminisced the fond memories of his family vacation to Keukenhof, the Garden of Europe in the Netherlands. Recalling how his son, Abhishek had fallen into a bunch and almost got lost, Big B had written, “We are all living in ‘hortus conclusus’ .. wandering about within ourselves .. in our ‘enclosed garden’ .. BUT .. Keukenhof , the most beautiful open garden is different .. such fond memories of Jaya Abhishek and Shweta in these heavenly spaces .. and little Abhishek falling into one bunch , into one kyari and almost getting lost... those were the days!!” 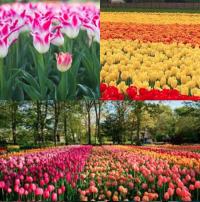 Looks like the entire Bachchan clan, including Amitabh Bachchan, Abhishek Bachchan and Shweta Bachchan Nanda, loves revisiting old times as their respective social media handles are mostly filled with the unseen pictures from their family album. It was on April 9, 2020, when Jaya Bachchan had turned 72 and Shweta had taken a trip down the memory lane to wish her dearest mommy. Shweta had posted a throwback picture from her and Abhishek’s childhood as they had posed with their mom, Jaya Bachchan. Borrowing a few lines from E. E. Cummings poem, I Carry Your Heart With Me, Shweta had written, “I carry your heart with me (I carry it in my heart) I am never without it (anywhere I go you go ...) -happy birthday Mama; I love U (with a little help from e e Cummings).” Shweta’s daughter, Navya Naveli Nanda had teased her mom and had commented on the post, “You are daydreaming here also” followed by a heart emoji. To which, Abhishek had replied, “@navyananda at least she's not on the phone.” Shweta had replied to her brother, “@bachchan very funny.” (Also Read: Rishi Kapoor's Son-In-Law Bharat Posts Pictures Of Him With Neetu And Riddhima Before He Became Nana)

When Shweta Bachchan Nanda had celebrated her 46th birthday on March 17, 2020, Abhishek Bachchan had dug in a perfect family picture to wish his sister. Sharing a sepia family photograph with Jaya Bachchan holding him and Shweta sitting on Amitabh Bachchan’s lap, who posed for the camera, Abhishek had written, “Happy Birthday Shwetdi! Have the best year. Evidence that you've been trying to be a fashionista since childhood... The dress!!! Wow!!! Love you. @shwetabachchan.” From Shweta Bachchan Nanda launching her own fashion line, MxS World, her first novel, Paradise Towers becoming the bestseller in India to Abhishek Bachchan setting a bar high with his commendable films, Amitabh Bachchan has always acknowledged his children’s professional achievements as a proud father. Sharing the full picture of Abhishek and Shweta, gorging on their ice-creams, Big B had written, “When daughter Shweta places her first book in your hands ; when she inaugurates her own clothing design brand ; when son Abhishek moves you to tears by his brilliance in film ‘Manmarzian’ , you wonder as you see them and their innocence in this snapshot, did we ever conceive that they would one day make us proud as they have today.” (Also Read: Shweta Bachchan Nanda Shares How She Hosted A 'DIY' Graduation Ceremony For Daughter, Navya) 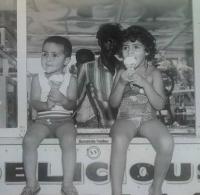 What did you like the most about Silsila? Let us know!