It's hard to find someone quite like him in the history of Bollywood, known as the Angry Young Man of the '90s, Shri Amitabh Bachchan has surpassed every expectation and is still working tirelessly to raise the bar of his incredible legacy in the industry. Not for his exceptional acting, but he's also famous for his humbleness, friendliness, and speaking his heart out on essential topics. The veteran actor never skips a chance to inspire people with his philosophies about life and work.

Other than his impressive exploits on the big screen with his incredible acting and ground-breaking thoughts on social media, the veteran actor is also admired for his knowledge of real estate. The legendary actor is often lauded for his elite line-up of properties across the globe, which he and his family have earned with their sheer hard work and suitable investments at the right time. Here's a look into Big B's splendid mansions, from Mumbai to Paris. For more than three decades, Bollywood's Shehanshah, Amitabh Bachchan, has been greeting his fans from all over the globe while standing on the iconic makeshift podium at the gate of his multi-crore house, Jalsa. The power couple of the entertainment industry, Amitabh and Jaya Bachchan, live with their family, Abhishek Bachchan, Aishwarya Rai Bachchan and Aaradhya Bachchan, in this massive palace that exudes royalty. 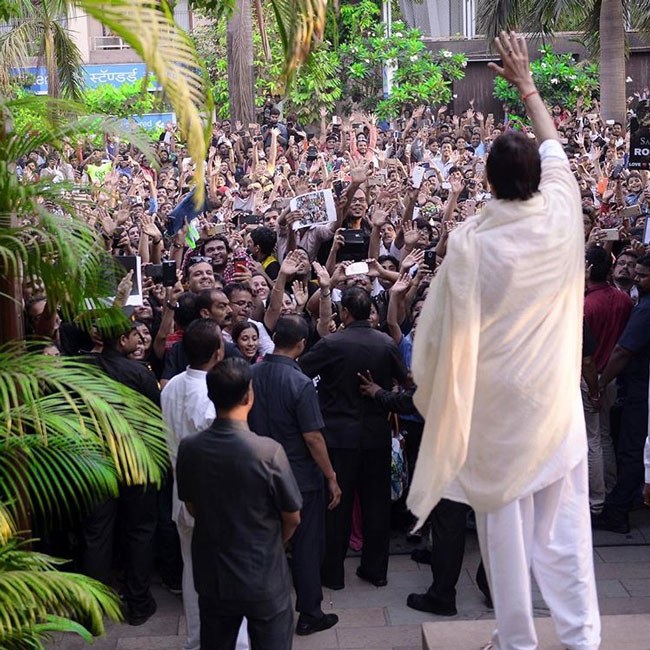 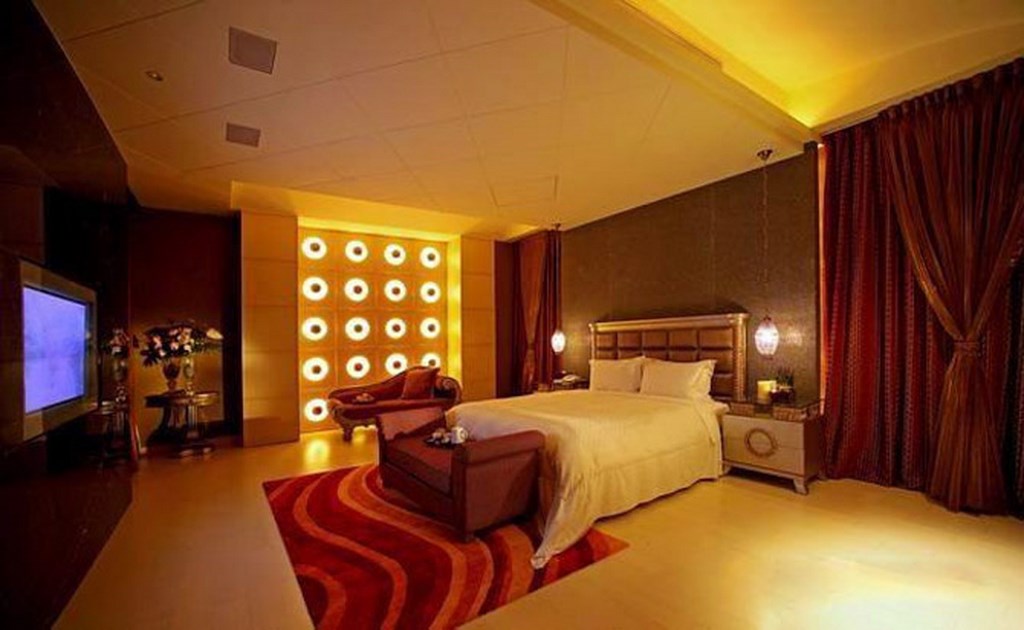 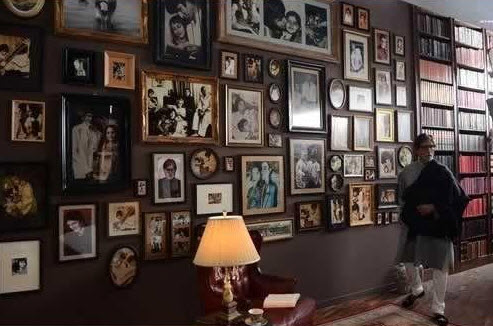 The luxurious 10,125 sq ft double storied residence, Jalsa, is worth around Rs. 100-120 crores as it is adorned with mirrored shelves, floor-to-ceiling windows, glass chandeliers, plush rugs, baroque pieces, spectacular paintings inspired by royal heritage and traditional high arches. However, one of the unique parts of this lavish property is the iconic wall that is specially dedicated to the family pictures of the Bachchan clan from their memory lanes. 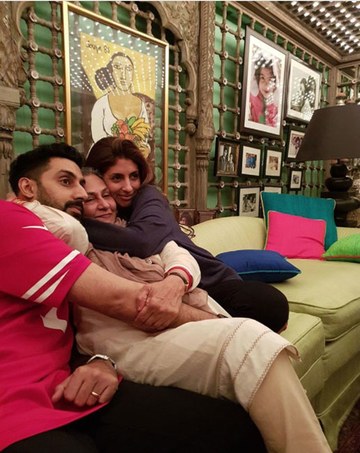 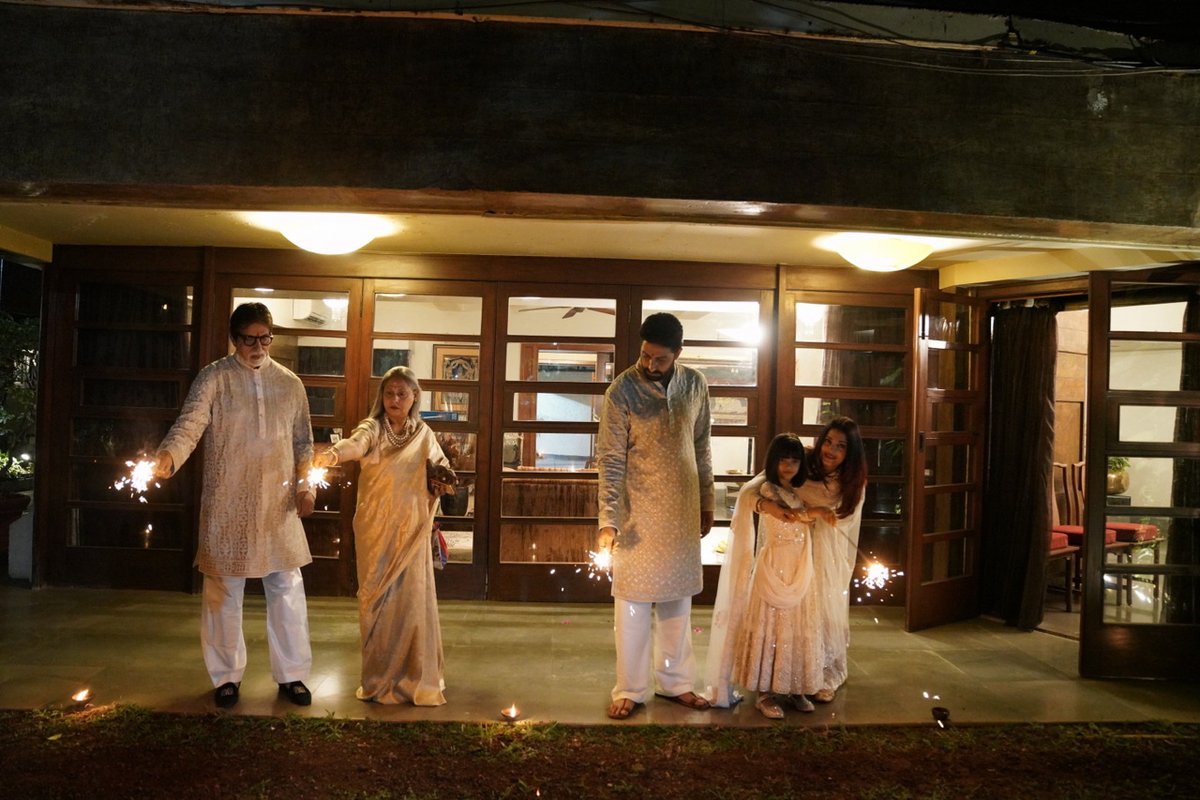 Amitabh Bachchan's luxurious property, Janak, is within walking distance from his residence, Jalsa and is separated from JVPD's Road No. 11. The veteran actor treats Janak as the place for most of his official meetings and work. Not only this, Big B also visits his elite property to use its gym and also loves listening to music and playing the piano in his own sweet private space. As per multiple reports in media, Janak is more like a personal space for Big B, which he uses quite often and the fact that it is pretty close to his residence, Jalsa makes it highly comfortable for him. 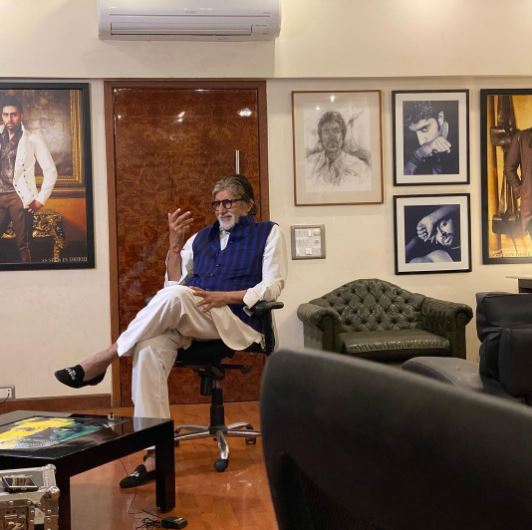 Everyone is aware of the fact that Amitabh Bachchan's first home in Mumbai is the beautiful bungalow, Prateeksha, which the actor had bought in Juhu, Mumbai. Despite buying multiple properties around the world, Amitabh's heart still lies in his first home and time and again, we have heard him saying that Prateeksha is closest to his heart because he grew up there. 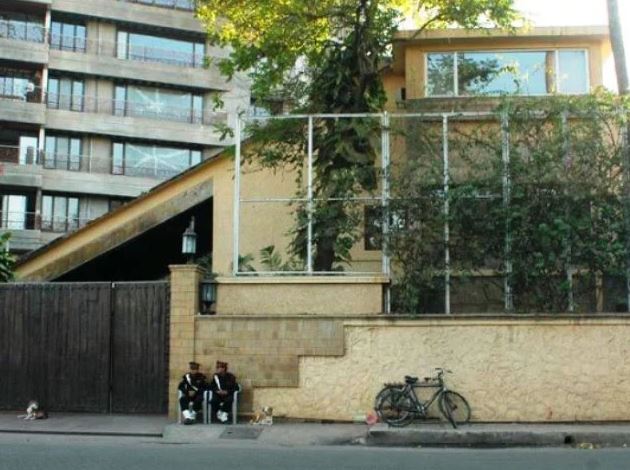 According to a report in the DNA, Amitabh has preserved his parents, Harivansh Rai Bachchan and Teji Bachchan's rooms as they were, and visits his old house every day after his morning walk. Another reason why Amitabh is so much attached to Prateeksha goes to the fact that his son, Abhishek Bachchan's had tied the marital knot with Aishwarya Rai in this house on April 20, 2007. 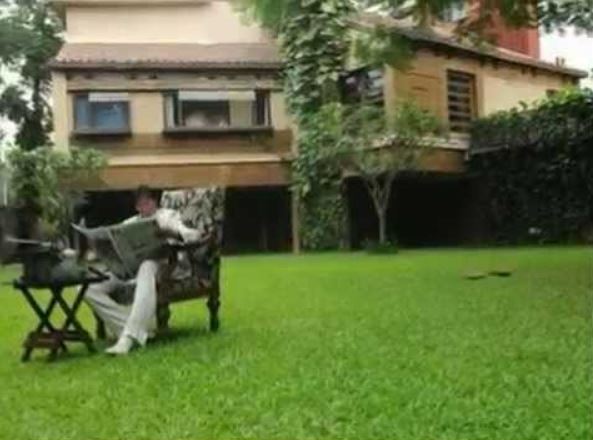 The small but significant property owned by Amitabh Bachchan is Vatsa, which is situated in Juhu. The lavish bungalow spreads across a 750-sq yard plot. According to a report in The Times Of India, the elite property, Vatsa was leased out to the renowned bank, Citibank India, which is an extra income source for the family. No wonder the Bachchans are quite good in real estate, as it's a classic move to concrete future stability. 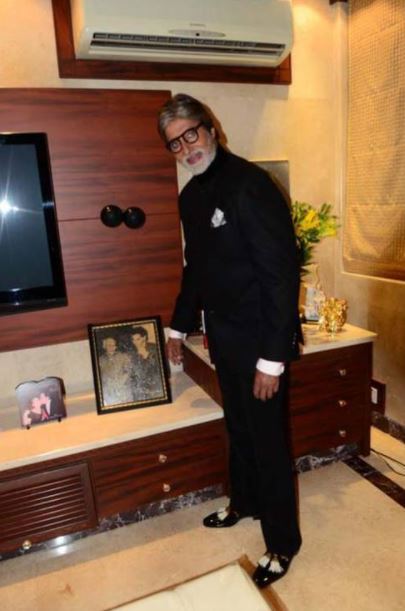 It was in 2013 when The Times Of India had reported that Amitabh Bachchan had bought an elite bungalow situated right behind his residence, Jalsa, with the motive to expand the area of his lavish property. The unnamed property is spread across 8000 square feet. According to some sources close to the family, it was suggested that even if Bachchans would not merge the new bungalow with Jalsa, they would still have ample space after demolishing the common wall between the two homes. The property had resulted in giving Bachchans ample space in their backyard. 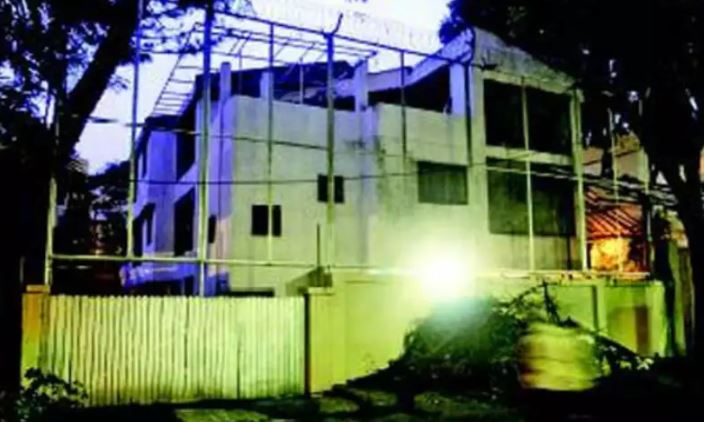 In 2016, Amitabh Bachchan, Abhishek Bachchan and his stunning wife, Aishwarya Rai Bachchan, had bought a villa in Dubai. It is in one of the costliest neighbourhoods of the ultramodern city, Sanctuary Falls. The lavish villa is furnished with a Scavolini-designer kitchen and Nolte wardrobes. 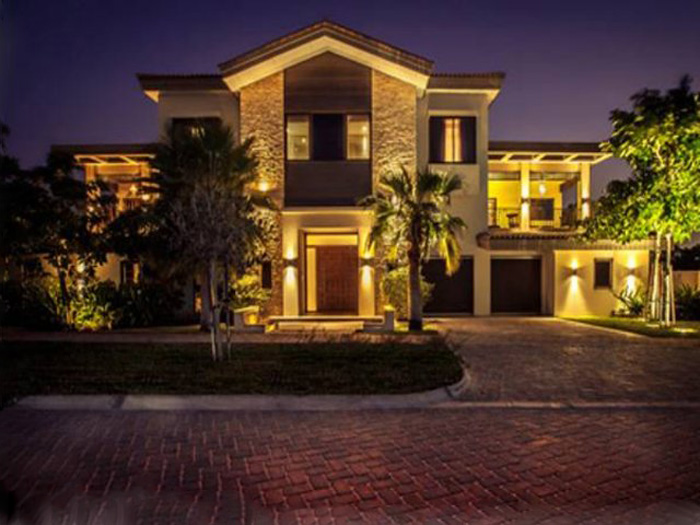 Not just that, their new house has a cutting-edge home automation system and concierge service as well. The incredibly stunning and royal property was developed by Shaikh Holdings that includes a swimming pool, mini-theatre, and a giant lobby area with stylish staircases. 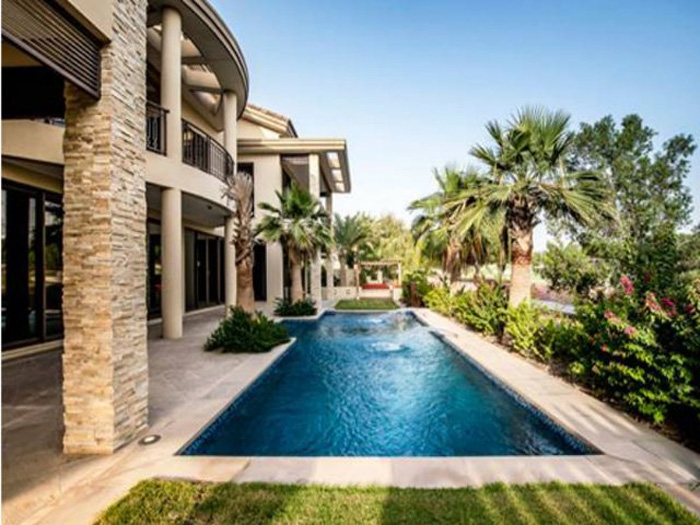 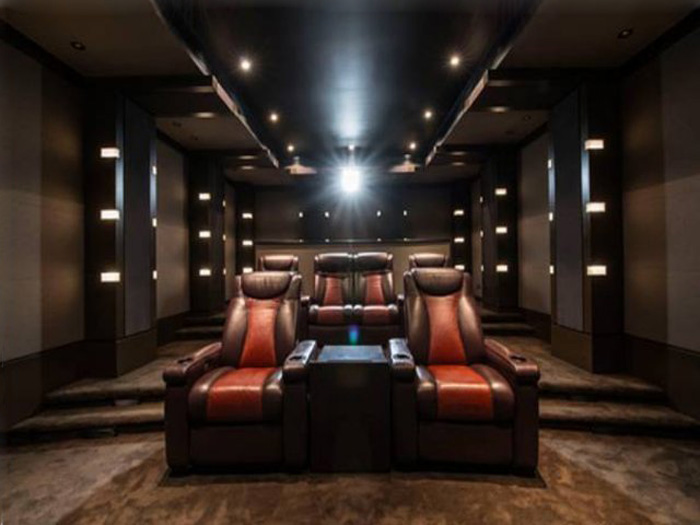 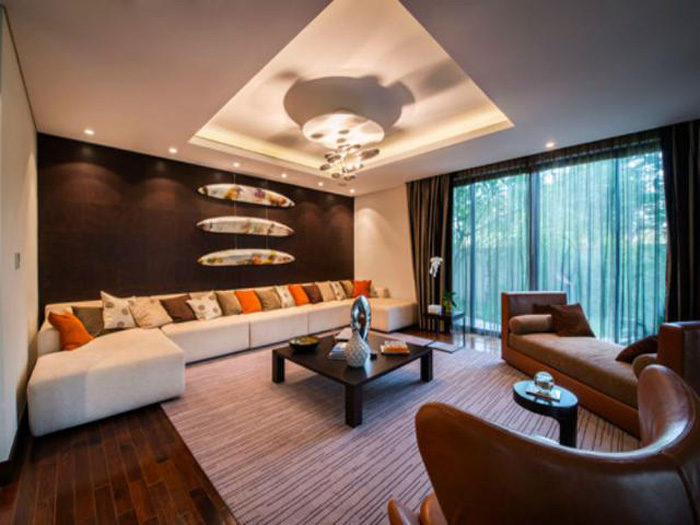 Amitabh Bachchan's fondness for beautiful houses needs no introduction, and his wife and veteran actress, Jaya Bachchan, is quite aware of the same. As a result, in 2011, she had gifted her husband a luxury apartment in Paris on the occasion of their wedding anniversary. The beautiful property is situated in a town close to Paris. A Business Insider report had stated that Jaya ji had decided to gift Amitabh ji a property in the French capital as he's always fascinated by the beauty of Paris. 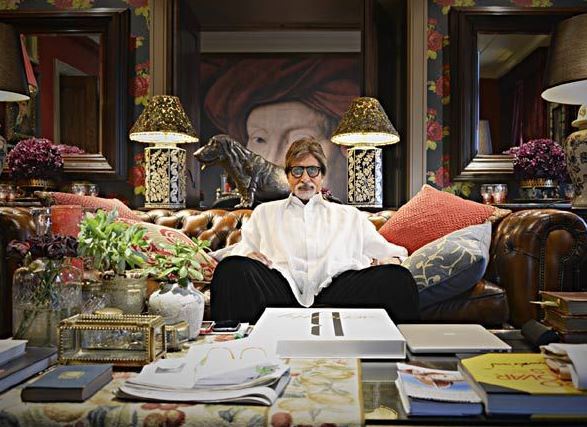 Every house is special for the Bachchan family in its own way, as every house is filled with beautiful memories. But which one do you like the most? Let us know!

Jaya Bachchan Once Joked About How Her Granddaughter, Aaradhya Has 'Miss World' For A Nurse