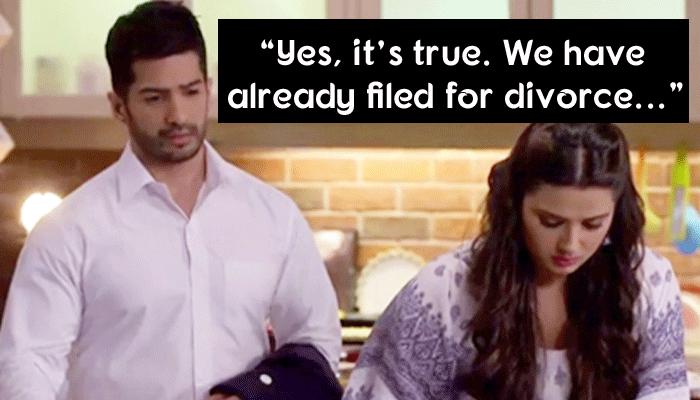 News about our favourite celebs of the tinsel town spread like fire. Recently, one of the famous actors, who is currently seen in Kasam Tere Pyaar Ki has gone through this. We are talking about none other than the new entrant of the show, Amit Tandon. The actor has been mum about the problems in his married life for quite some time until his separation news came into forefront a few days back.

Recommended Read: Fardeen Khan Is All Set To Become A Father For The Second Time

The heartthrob tied the knot in 2009 with his fan Ruby, who is a dermatologist by profession. The two met on social media where Ruby connected with him as his fan. They soon started talking to each other and then the cupid struck them. Together they have a 7-year-old daughter whom they named, Jiyana.

Recently only, we informed you all about the speculations of this cutesy couple’s separation due to their compatibility issues, but until then, no official statements were released by either of them. The news was based entirely on their activities on social media handles and the sources. In case you missed it then, click here!

Now, the actor himself come out in open and has spilled some beans on the matter. Famous entertainment tabloid, TellyChakkar quoted Amit as saying:

You May Also Like: 'Naagin 2' Fame Vineet Kumar Chaudhary Gets Engaged To 'Saath Nibhaana Sathiya' Actress

When he was further probed to clear the air on why they have parted ways, here’s what he was found stating:

“Sometimes things don’t work out, due to compatibility issues, which is why we decided to move on. It’s been a year now, that we are living separately. It is the most difficult phase for all of us but we had to take the decision. Ruby and I are still friends and will always be there for each other.”

And when India Forums got in touch with the actor, he said:

"It's too personal and I don't want to comment anything on it right now as I don't want my young daughter to get affected. Irrespective of whatever is happening, we (my wife and I) want to raise our daughter together, in a positive environment."

Well, we completely understand that sometimes things don’t really work out and parting ways is the only solution a couple is left with. Nonetheless, we wish Amit, Ruby and Jiyana all the happiness and love in this world. All the best for you future endeavours in your respective lives. And all you guys, stay tuned with us for the latest updates reated to your favourite celebs!