'Breathe' star, Amit Sadh is reportedly dating 'Mohabbatein' fame, Kim Sharma but the actress has finally reacted to their relationship rumours. Find out!

The man of the moment, Amit Sadh is riding high on the professional front and is winning everyone's hearts with his every performance. But it wasn't a cakewalk for him, just like most of the outsiders, his professional journey has been full big down and little ups, as he had faced many difficulties in his career so far. From being a security guard to washing utensils in people's houses for a living, Amit has seen many ups and downs in his life. However, now the actor has been enjoying the fruits of his hard work. (Recommended Read: Riddhima Kapoor Sahni Misses Her Dad, Late Rishi Kapoor, Shares Photo From Last year's Diwali Party)

Talking about his personal life, Amit was dating fitness-model, Annabel DaSilva and both were in a happy space together, from being spotted hand-in-hand at the airports to enjoying gym sessions with each other, the duo was madly-in-love. Why we say 'was' is because the duo is no longer together and had parted ways. Now, the actor's dating rumours are back in the media glare. Scroll down to know more! 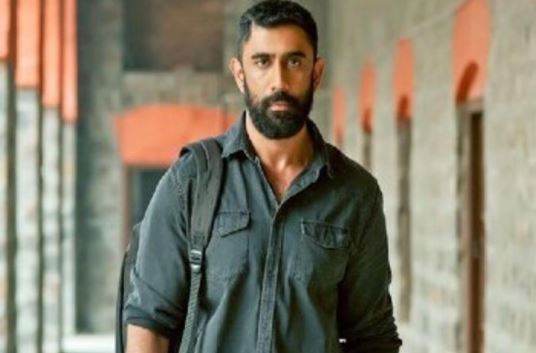 According to a report in the Mumbai Mirror, Kim Sharma was recently spotted in a five-star hotel in Goa along with her parents and family members. However, the reason why their family dinner is grabbing all the headlines at the moment is because of the fact that it was Breathe star, Amit Sadh, who had joined them on the night. The rumours of the two dating each other are all over the internet, and when Kim was asked about the same in an interview with the Mumbai Mirror, the actress refuted all the reports and rumours and stated that she met Amit for the first time in her life and no sort of romance is brewing between them. (Don't Miss: Bhagyashree Talks About Her Diwali Plans And Why Her Son, Abhimanyu Is Particular About The Rituals) For the uninitiated, Amit Sadh had dated his ex-girlfriend, Annabel DaSilva for over a year and had parted his ways with her last year. In August 2019, a TOI report had stated that the duo had decided to end their relationship. A source was then quoted as saying, "The split was amicable. Amit and Annabel were quite serious about each other. But things didn't work out. They have decided to stay in touch, but not as lovers." The duo had even deleted each other's pictures from their social media handles. After ending their relationship, Amit had confessed to being single and ready to be taken. In an interview with the Mumbai Mirror, Amit was quoted as saying, "It's absolutely true. I am absolutely single and ready to be taken." On the other side, Kim Sharma is also single after her breakup with Taish actor, Harshvardhan Rane. Their dating rumours had started igniting back in 2017, the two celebrities had never confirmed the reports, and it was only last year when Harshvardhan had confirmed that he and Kim were in a relationship. And, he had also stated that they're in their respective happy places. (Also Read: Miheeka Bajaj Gushes Over Her 'Cutest Husband', Rana Daggubati As He Chats With The Undertaker) Do you want to see Kim and Amit as a couple? Let us know!