Amit Sadh was dating fitness-model, Annabel DaSilva and the duo were madly-in-love. However, the duo has parted ways and Amit has given the confirmation on the same and said that he is single. 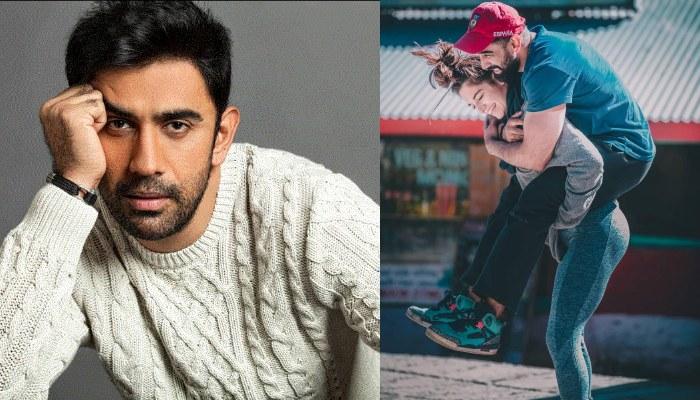 Have you ever wondered, what it would feel like to be away from the person, who was once your soulmate? The feeling of being away from him/her or even a mere thought of it brings tears in your eyes and you push away the feeling as soon as possible. All you want in a relationship is to be with your partner through thick and thin and always be by each other’s side in happiness and pain. But when you realise that you are no longer in love with the person with whom you have shared the thoughts of getting old and starting your happily ever after, your life falls apart. Walking on the same roads alone on which you have once traveled with your partner makes it even more difficult to manage life and move on. It is rightly said, love is the purest and blissful feeling but it gives you pain as well. (Recommended Read: Janhvi Kapoor Gives The Best Career Advice To Baby Sister, Khushi Kapoor Before Her Bollywood Debut)

At the beginning of a relationship, everything appears to be a piece of cake, but with time, you tend to face difficulties. And a true partner is the one, who will walk with you with a smile on his/her face and will not let you face the difficult situations alone. Amit Sadh’s professional journey has not been an easy one as he has seen and faced many difficulties in his career. From being a security guard to washing utensils in people’s houses for a living, Amit has seen many ups and downs in his life. But with the release of Akshay Kumar starrer, Gold, Amit was in a happy space professionally and personally. Amit was dating fitness-model, Annabel DaSilva and both were in a happy space together, from being spotted hand-in-hand at the airports to enjoying gym sessions with each other, the duo was madly-in-love. Why we say ‘was’ is because the duo is no longer together and has parted ways. 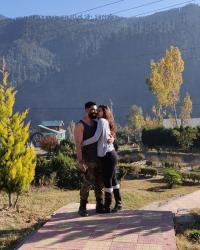 After dating Annabel DaSilva for over one year, Amit Sadh had parted his ways with her last year. In August 2019, a TOI report had stated that the duo had decided to part their ways. A source was then quoted as saying, “The split was amicable. Amit and Annabel were quite serious about each other. But things didn’t work out. They have decided to stay in touch, but not as lovers.” Now after ending their relationship, Amit has confessed to be single and ready to be taken. The duo has even deleted each other's pictures from their social media handles. In an interview with the Mumbai Mirror, Amit was quoted as saying, “It’s absolutely true. I am absolutely single and ready to be taken.”

Speaking about his ladylove, Annabel DaSilva, on Valentine’s Day (2019), Amit Sadh had revealed to the DNA that they had met around six months ago and fell head-over-heels in love with each other. He had said, “I’ve never been so happy and I’m grateful to her for that. She’s one of the most amazing human beings I’ve met. She personifies happiness — she’s always smiling. I think I’ve also caught on to the habit.” Amit had admitted that his girlfriend, Annabel had a huge impact on his life and her presence had made him a more open person. Amit had continued, “Earlier, I was closed and unsure. I hope we can make a difference to each other’s lives, she already has.” Revealing that he had never believed in the concept of Valentine’s Day before, Amit had laughed and had said, “Magar pehle main logon ka mazak udata tha, ab mera mazak udd raha hai!” (Suggested Read: K.G.F Star, Yash Shares An Adorable Picture With Wife Radhika Pandit To Wish Fans On Makar Sankranti) 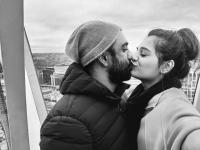 Sharing how Annabel DaSilva is a great companion for him, Amit Sadh had remarked in the same interview, “Grand gestures sound like something which you need to put a lot of effort into. Things come naturally and easily to us. She’s a great companion and she beats my ass in the gym!” Amit used to take advice from Annabel as to how his character should behave on-screen. He had added, “We are extremely involved in each other’s lives. As I said, we are a normal couple. When it becomes special, it’s a problem. When you love someone, it should come easily. Annabel has taught me the power of little things.” 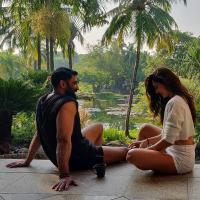 On October 4, 2018, Annabel had shared an Instagram post thanking the love of her life for being a constant support and helping her make her life easier. Stating that she feels lucky and blessed, Annabel had written, “You didn't sign up for this. I don't think you even knew what was coming your way when we first met. Regardless you've only showed me unwavering support and that has been so unreal to me. I feel extremely lucky and blessed.” 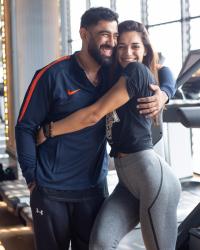 Further acknowledging Amit for handling her emotional rollercoaster ride, Annabel had added, “From early cardio sessions (tagging along with me even though you didn't have anything to do juuust to keep me company), to even earlier video check-ins, to dealing with me talking about prep 24/7. From helping me organize meals just to make life easier and making sure I'm getting enough rest to have the best training sessions, to getting steps in around the same block every night. Just for handling this emotional rollercoaster of a ride I've been these past eightish weeks. You deserve a medal. Honestly, I can't imagine having gone through all of this without you by my side. No amount of words could express how thankful I am for all you've done and all that you continue to do. You're the best #luckyme #bikiniprep #present.” (Must Read: 'Shershaah' Sidharth Malhotra Celebrates His 35th Birthday With Rumoured Girlfriend, Kiara Advani) 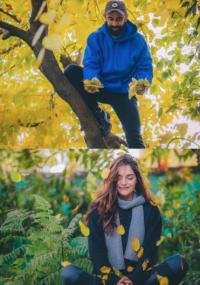