Aly Goni and Jasmin Bhasin's growing fondness for each other has become the talk of the town, now, the actor's sister has reacted to it. Details inside!

For Aly Goni and Jasmin Bhasin, it had all started when the two had together entered in the reality show, Khatron Ke Khiladi ninth season. Their fun camaraderie and their protective streak had started the rumours of their dating, however, they had always denied the same. Jasmin had also visited Aly on the sets of Nach Baliye 9 where he had participated with his ex-girlfriend, Natasa Stankovic. None of them had addressed their relationship and had called each other ‘Best friends’. Now, the two are in Bigg Boss 14 and their chemistry proves that they are more than ‘Best friends’. (Also Read: Kajal Aggarwal Shares A Glimpse Of Her New Home With Her Husband, Gautam Kitchlu [Video])

Before entering the Bigg Boss house, Jasmin Bhasin had wished for Aly Goni to also participate in Bigg Boss 14, and her wish had gotten fulfilled. Aly Goni had entered the Bigg Boss house as a wild-card contestant for Jasmin and since then, their PDAs are the talk of the town. From being cosy-cuddly with each other to stating that they are ‘just friends’, from fighting for each other to openly accepting their feelings and wondering if they should take it ahead, their fans are glued to Bigg Boss. A lot has been said about their relationship and now, Aly’s sister, Ilham Goni Tak has reacted to their fondness for each other. Aly also revealed the condition on which he will leave his alleged girlfriend, Jasmin Bhasin. 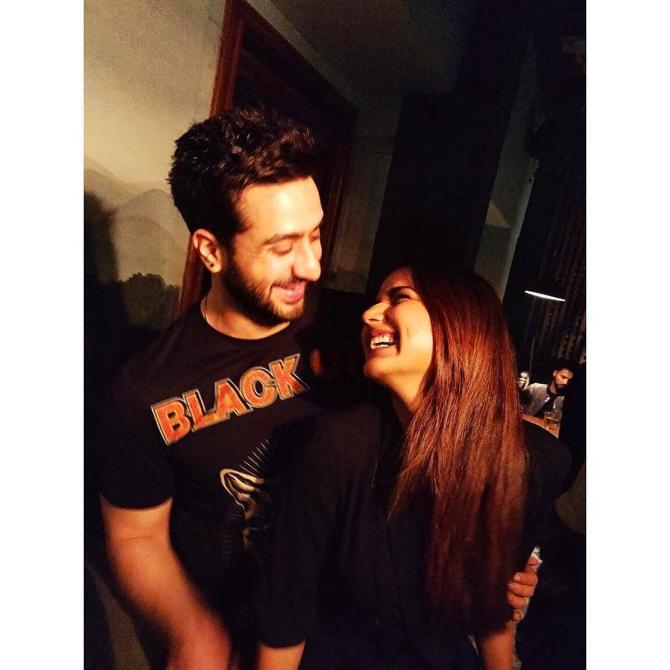 In a conversation with Bombay Times, Aly’s sister, Ilham shared that the speculations don’t bother them as they know they are just friends. She also stated that she is happy that they are taking things seriously and have decided to talk about it after stepping out of the reality show. In her words, “People have always been interested in Aly and Jasmin's relationship. All these speculations don’t really matter, because we know they are just friends right now. If they have decided to come out, talk about it and want to take it further, it’s their choice. It's a serious matter. I am happy that they are taking it seriously and have decided to talk about it after they come out of the house.” Stating that people are merely connecting dots and she would not like to react to the rumours, she further added, “I am fine with people connecting dots, as everyone is entitled to an opinion. People love to talk about others and they are doing it with Aly and Jasmin, too. However, I choose to not react to these rumours.” 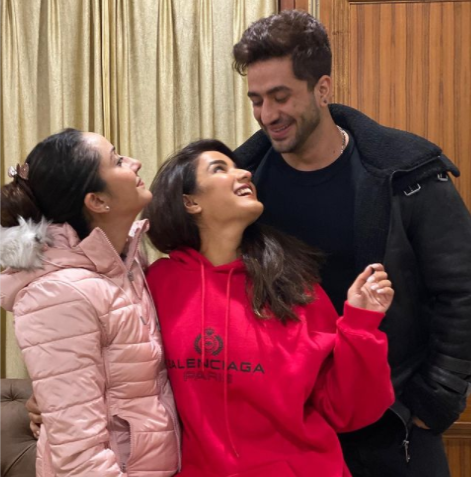 In the recent episode of Bigg Boss 14, Aly and Jasmin were seen lying on the bed together as Aly was resting his head on Jasmin’s belly. While talking about marriage, Aly was heard saying that he would rather marry his best friend than to waste time to get to know another person. In his words, “Ab main bahar jaaunga ladki dhoondunga, girlfriend banaunga ya pehle time spent karunga phir pata chale won acchi nikle na... phir itna time dene ke baad nahi laga mera mann... toh uska aur mera hum dono ka time barbaad, so main sochta hoon hoon ki tere saath theek hai apni setting.” On this, Jasmin was seen blushing hard. Later, Rakhi Sawant asked Aly if her parents did not agree for their marriage then what is he going to do? Then Aly was heard saying that he will leave Jasmin and would stop talking to her as he would not go against her parent’s wish. This left Jasmin in tears. Jasmin shares a warm bond with Aly Goni’s sister and we had witnessed the same on her birthday. On September 8, 2020, Aly Goni and his rumoured girlfriend, Jasmin Bhasin had shared adorable birthday wishes for the former’s sister, Ilham Goni Tak. Aly had shared a stunning picture with his behen and had written, “You are my support, my strength, my friend and my guide. Thanks for everything. May God bless you with all his love, luck and care. Happy Birthday meri jaaan meri behan, tune bohot khushiya di hai thodi aur dede.” His sister had responded to his wish and had commented, “love you Meri jaan. Mein deti rahungi khushi par Ab khushiyan dene ki turn teri hai.” On the other hand, Jasmin had shared a solo picture of Ilham and had penned a heartmelting wish, which could be read as “Happy birthday to my favourite human, you inspire me in so many ways. May god bless you with all the happiness.” On Jasmin’s wish, Ilham had written, “I love you forever.” (Don't Miss: Gauahar Khan's Mother Got Emotional On Her 'Chiksa Rasam', The Family Danced Off At 'Dhol' [VIDEOS]) 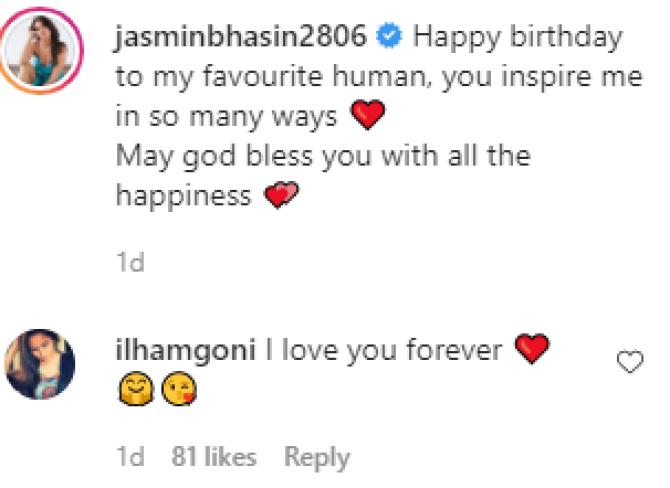 A few days back, in the reality show, Bigg Boss, Aly Goni had kissed his housemate, Arshi Khan, right in front of Jasmin Bhasin, and it had baffled her completely. After seeing the incident, Jasmin had gone directly to have a conversation about the same with Rubina Dilaik and had said, "I also am free to do what I want, but do I do it?" Soon, Aly Goni had joined both of them and had kissed Jasmin on her belly and had asked, "Baby kaisa hai". However, the actress was still quite angry with Aly, but it was Rubina, who had reminded her that she was the one who had told Aly to do whatever he wants to do. On which, Jasmin had said, "But Rubina if I say that he is free to do anything, will he do it?" (Recommended Read: Karanvir Bohra Shares The First Picture With His Newborn, Reveals Which Is Her Best Sleeping Place) 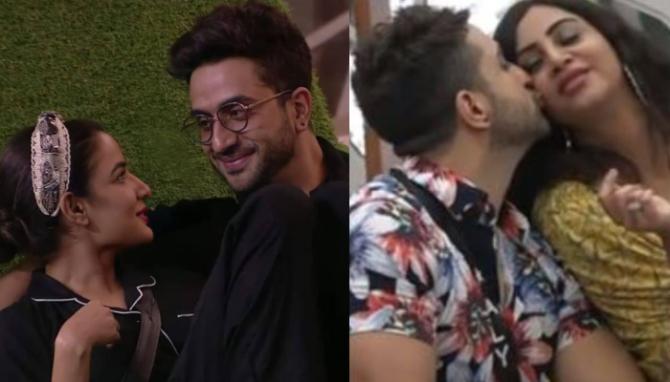 Do you want Aly Goni and Jasmin Bhasin to accept their feelings and start dating?