Here's a virtual tour inside South Indian megastar, Allu Arjun's vanity van, Falcon, worth crores. A closer look into his caravan's futuristic interiors, mood lighting, and many other unique features.

There aren't a lot of Telugu actors, who are as popular as Allu Arjun and enjoys a gigantic fandom across the nation. Also, after the unreal success of his film, Pushpa, Allu Arjun has become a force to reckon with, in the Indian film industry. The actor has impressed everyone with his acting chops in the film, and so far, it has collected Rs. 247 crores. People in different parts of the country are thronging towards the cinemas, and it speaks everything about Allu Arjun's magic.

Apart from his movies, Allu Arjun is also admired and popular for his fashion quotient and royal lifestyle. Over the years, we have seen him setting new trends in showbiz with his life choices. For instance, the actor is equipped with a luxurious vanity van that is nothing less than a 7-star hotel room. So, before we head into his luxurious vanity van's virtual tour, let's take a quick glance at his personal life.

Recommended Read: Ajay Devgn And Raveena Tandon's Alleged Affair: From Dumping Her For Karisma To Ugly Fight In Public 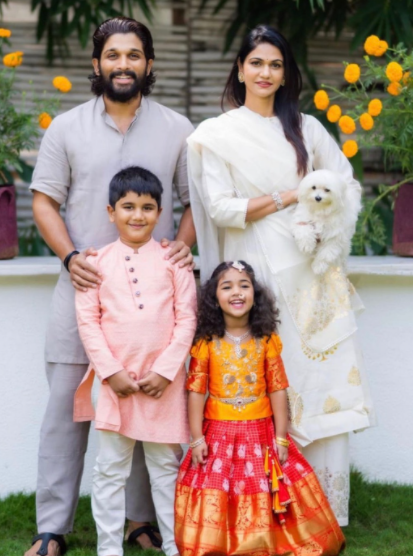 Allu Arjun had got married to his long-term girlfriend, Sneha Reddy, on March 6, 2011, and the couple were blessed with a baby boy, Allu Ayaan, on April 3, 2014. After two years, on November 21, 2016, the couple had embraced parenthood for the second time and had welcomed a baby girl, whom they have named, Allu Arha. We have seen a lot of pictures, and cute videos of the whole family and the beautiful couple on their respective Instagram handles. Now, let's head straight inside the stylish actor's multi-crore vanity van, Falcon! 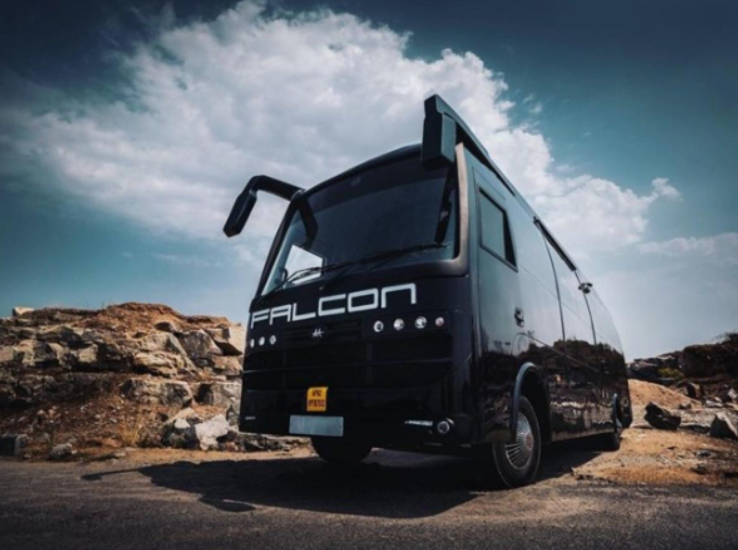 South Indian actor, Allu Arjun's vanity van is one of the most expensive celebrity vanity vans in the country. The giant caravan speaks volumes about the superstar's crazy love for dark tones, as it is dipped in an all-black look from the outside. Apart from Allu Arjun's vanity van's sleek design, it's impossible not to fall in love with this caravan's cool alloys and that big signature emblem of Allu Arjun's initials on it that give it a royal look.

The futuristic design in the interiors 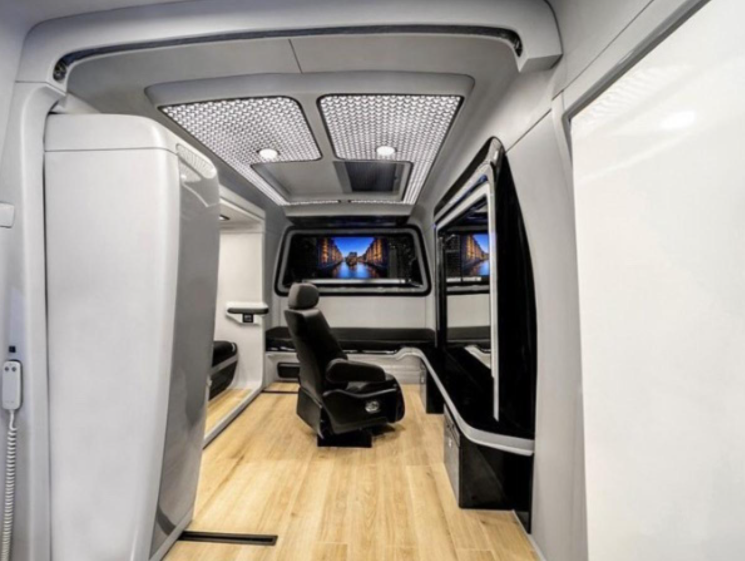 The moment you step inside Allu Arjun's vanity van, Falcon, the surreal theme of silver, white and black will drop your jaws on the floor. The reason behind it is that Allu Arjun has designed his vanity van keeping the futuristic theme in his mind. The actor had used silver and white in every part of his vanity van to give it a cool and tech-savvy look.

Allu Arjun's Falcon is quite spacious Over the years, we have seen numerous celebrity vanity vans and one mistake that most of the celebrities had made in their caravans is to kill the space in order to equip it with all the facilities. However, in the case of Allu Arjun's Falcon, the vanity isn't just fit with all the necessary facilities but is also quite spacious compared to many other celebrity's vanity vans.

Also Read: When Javed Akhtar Talked About His Attraction Towards Shabana, Said It Was Much Before He Knew Her 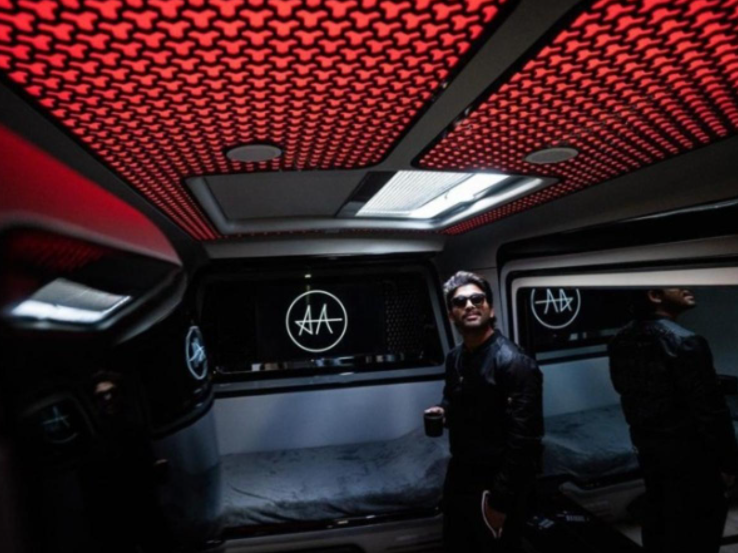 There's no doubt that the interior of Allu Arjun's vanity van is absolutely spot on and is the epitome of grace and royalty. However, what enhances its beauty is the perfect lighting setup inside it. 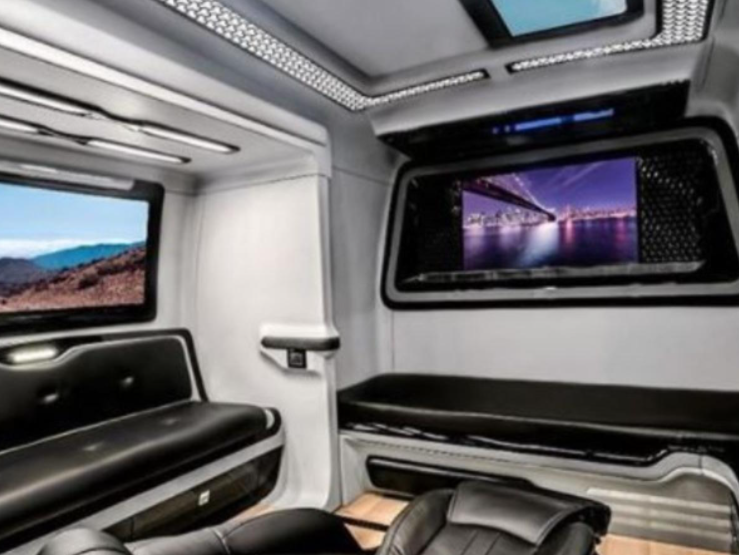 The highly efficient LED lights and LED strips are installed in different parts of the vanity van and are equipped with the option of changing colours according to one's mood. 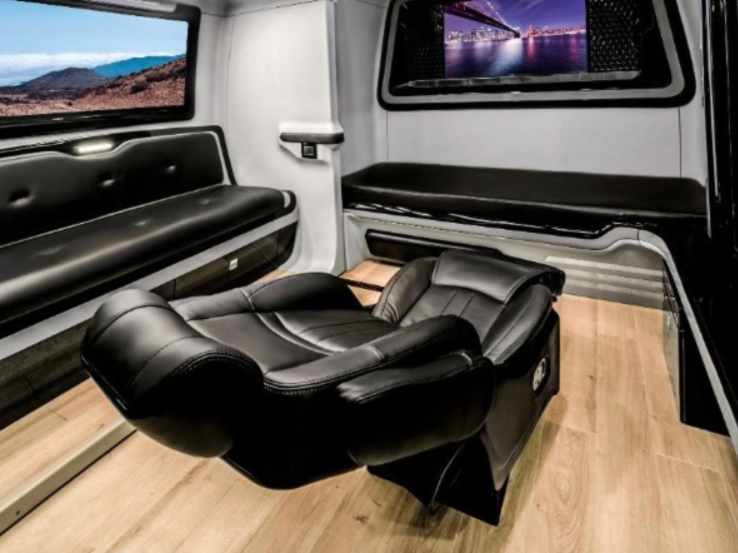 Apart from the exceptional interior and super-cool lighting setup inside his vanity van, Allu Arjun has also bought some luxurious essential items inside it. 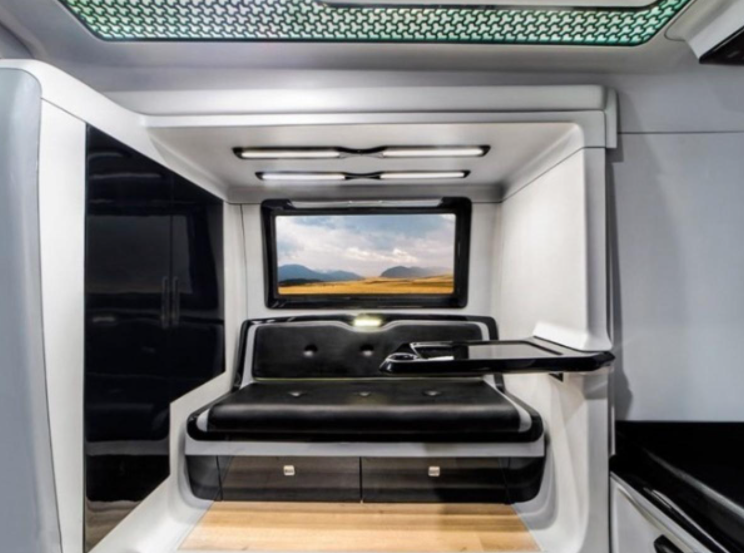 The list includes a comfortable and super-expensive recliner, leather-designed chairs and sofas, a giant mirror and multiple television screens. 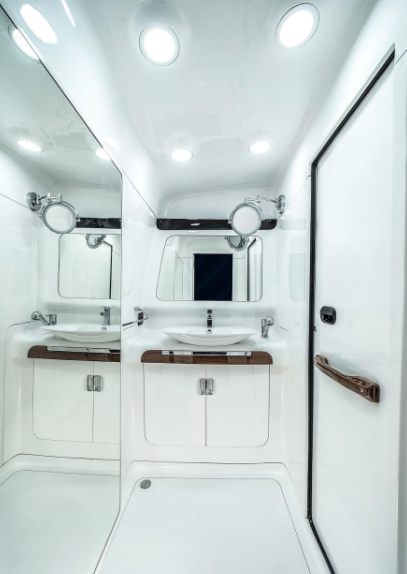 One look at the washroom inside Allu Arjun's vanity van, Falcon, and you will be surprised for minutes, the actor has taken the futuristic theme of his caravan to a whole new level when it comes to the washroom. From bright lights, a sleek sink to a crafty mirror, and a giant full-body mirror in front of the entrance, it's simply impossible to sum up, the beauty of this washroom in words. 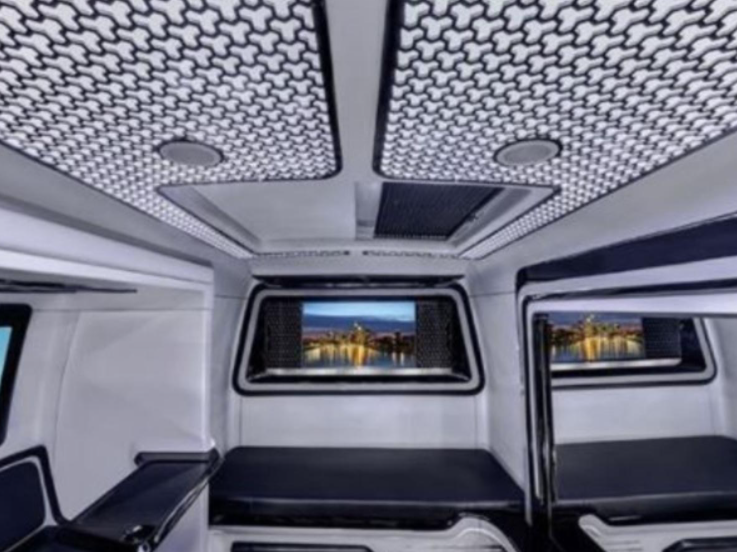 According to multiple reports, Allu Arjun had purchased a luxury bus worth Rs. 3.5 crores and customised it as per his preferences and comfort by the famous vehicle customisation and modification giants, The Reddy Customs. It is also reported that the actor had spent Rs. 4.5 crores on its modification, leading its final price to Rs. 7 crores. There's no doubt that Allu Arjun's customisation has turned this deluxe bus into a luxurious vanity van that exudes royalty. 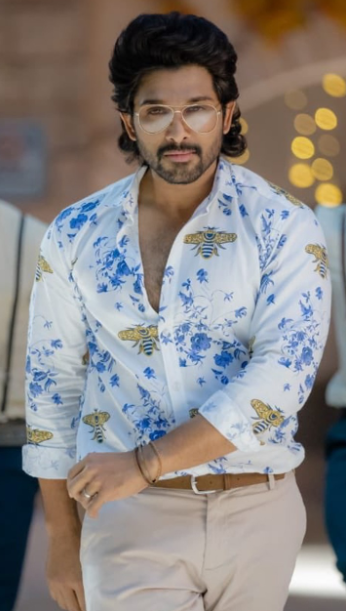 Allu Arjun has once again proved that he always prefers to go in the finest of details, whether it's about his movie's characters or things like his vanity van, Falcon. Truly, Allu Arjun's Falcon is a piece of art and luxury!