Amid speculations of Ranbir Kapoor and Alia Bhatt's wedding, security guards outside the couple's wedding venue were seen covering their cameras. Check out!

Bollywood couple, Ranbir Kapoor and Alia Bhatt's much-awaited wedding has kick-started today, April 13, 2022. Day one reportedly includes mehendi celebrations and a special puja at RK home in Chembur to respect the late actor, Rishi Kapoor. Now, a recent video shared by a paparazzo showed the tight security measures being taken for one of the grandest yet hush-hush weddings of B-town.

The would-be groom, Ranbir Kapoor's mother, had also dropped a major hint that the wedding festivities are most likely to begin on April 13, 2022. The loving wife, Neetu Kapoor, had posted a monochrome picture from her engagement with her late husband, Rishi Kapoor. In the picture, Neetu and Rishi were seen sitting as they were exchanging rings. Neetu had stepped down memory lane and relived the fond memories of Baisakhi day when they had got engaged 43 years back on April 13, 1979. As Ranbir and Alia's homes are decked up in lights, one more video has excited the fans for the couple's wedding. Recently a video was shared from outside Ranbir Kapoor's residence at Vastu by a paparazzo page on their IG handle. In the video, we can see the heavy security that has been deputed at the place. The video also shows security guards pasting red coloured tapes on their smartphones' front and back cameras. This measure is probably taken to prevent the inside photos from leaking into the media. Check out!

On April 12, 2022, the paparazzi had spotted Ranbir Kapoor's elder sister, Riddhima Kapoor Sahni, with her husband, Bharat Sahni and their daughter, Samara Sahni arriving at the Mumbai airport. The family of three had looked super excited. In the video, Riddhima was seen laughing out loud when a paparazzo had talked about her brother, Ranbir's wedding. However, she had remained tight-lipped and did not share any updates on Ranbir-Alia's wedding ceremonies. Check out the video!

The bride-to-be, Alia Bhatt's mother, Soni Razdan had already started getting congratulatory messages from her close friends. A few hours ago, Soni's best friend from Tinseltown, Ila Arun had also congratulated the latter and her husband, Mahesh Bhatt, for their daughter's wedding with Ranbir Kapoor. However, nobody from the Bhatt family had reacted to the post yet but such big news coming in from Soni's best friend, Ila Arun had definitely confirmed that the marriage will happen for sure. Ila's caption could be read as: 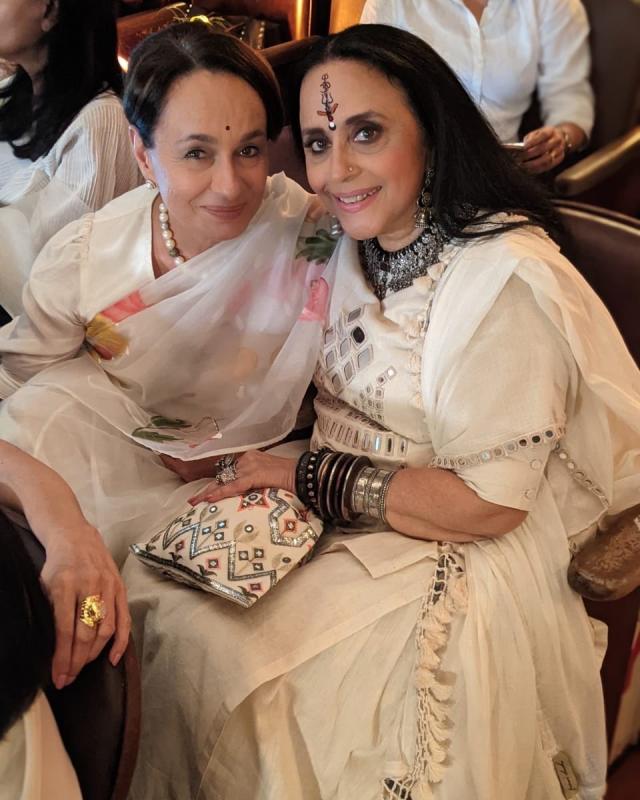 We cannot keep calm to get hold of some beautiful pictures from Alia and Ranbir's pre-wedding festivities. What about you?

Next Read: Dancer, Sudha Chandran On Losing Her Right Leg, Recalls The Struggles Her Parents Had Faced