Bollywood couple, Ranbir Kapoor and Alia Bhatt went out for a dinner date to celebrate their one month wedding anniversary. Check out the video as he carried a gift for his wifey!

The most-loved pair of B-town, Ranbir Kapoor and Alia Bhatt had got married to each other in a dreamlike wedding on April 14, 2022. After dating for almost five long years, the lovebirds had their dream fulfilled as they had become each other's forever. The bride had ditched the usual red-hued lehenga and had opted for an ivory-hued Sabyasachi saree. To complement his bride, Ranbir had donned a similar coloured sherwani.

And now, as the soulmates completed one month of marital bliss, the power couple made their second public appearance together, and our hearts are full. To mark their month-versary, on May 14, 2022, Alia had taken to her IG handle and had dropped some adorable glimpses with her hubby, Ranbir from their wedding and reception party. In the pictures, the duo was spotted lost in each other's embrace, lovingly holding one another with a grin on their face. Check out! 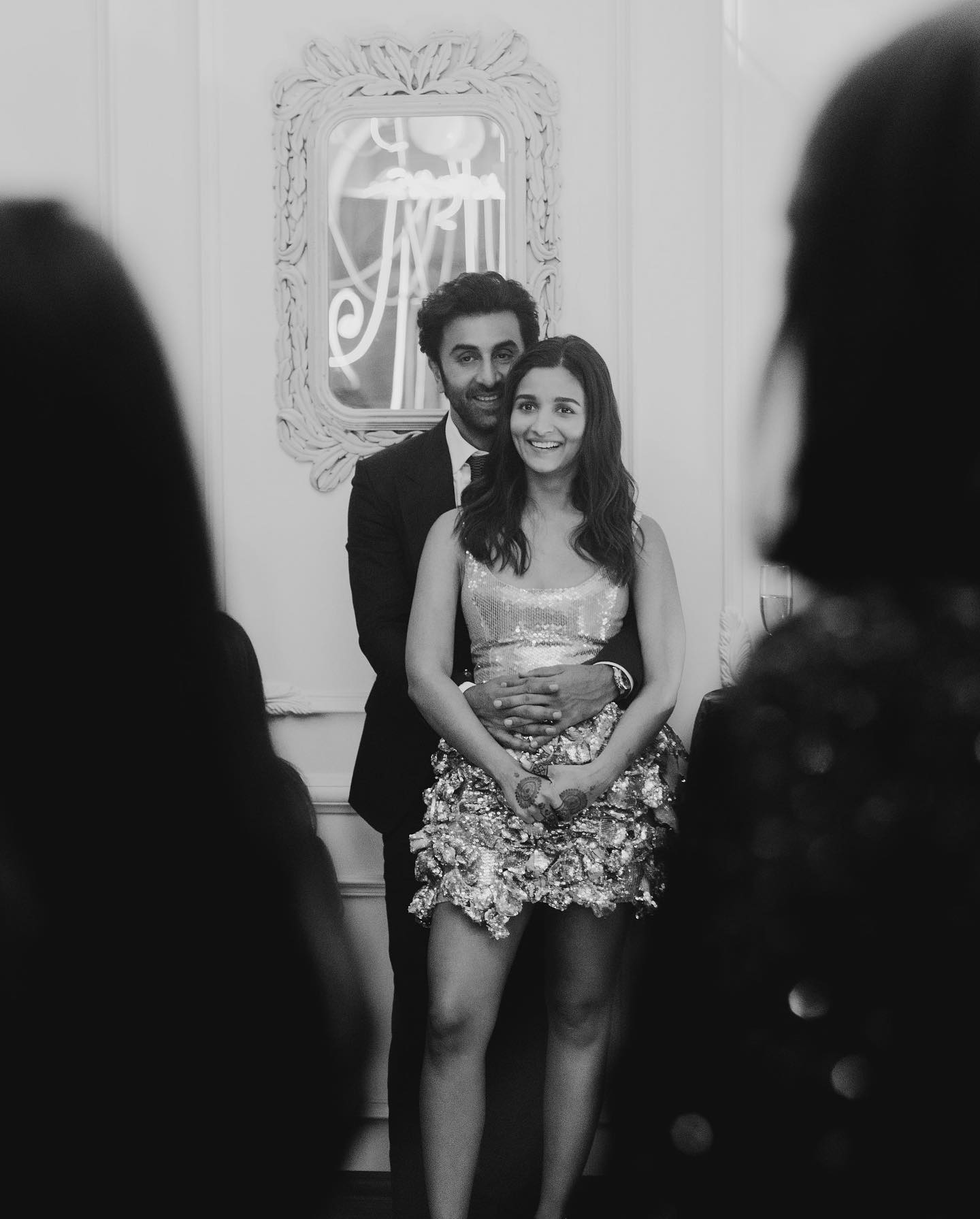 On May 14, 2022, Alia Bhatt celebrated her special day with Ranbir Kapoor over a dinner date. In the video, shared by paps, we can see the new bride and Ranbir heading out of the restaurant while carefully avoiding the shutterbugs. Alia looked beautiful in a blue-hued floral dress, on the other hand, Ranbir was seen clad in a black ensemble. He was also holding a gift as he guided his wife to the car. As soon as glimpses of their PDA went viral on the internet, fans flooded the comment section with lovely comments and called them the 'beautiful couple' in town. Check out! On May 15, 2022, Alia Bhatt's dearest sister, Shaheen Bhatt took to her IG handle and shared some unseen glimpses from Ranbir and Alia's wedding festivities. In the pictures, Ranbir can be seen giving a peck on Alia's cheeks. The couple was surrounded by their close ones, as Shaheen can be seen sitting near Ranbir while Ayan Mukherjee was on Alia's side. Shaheen quoted the priceless pictures as:

"It's been an excellent month." 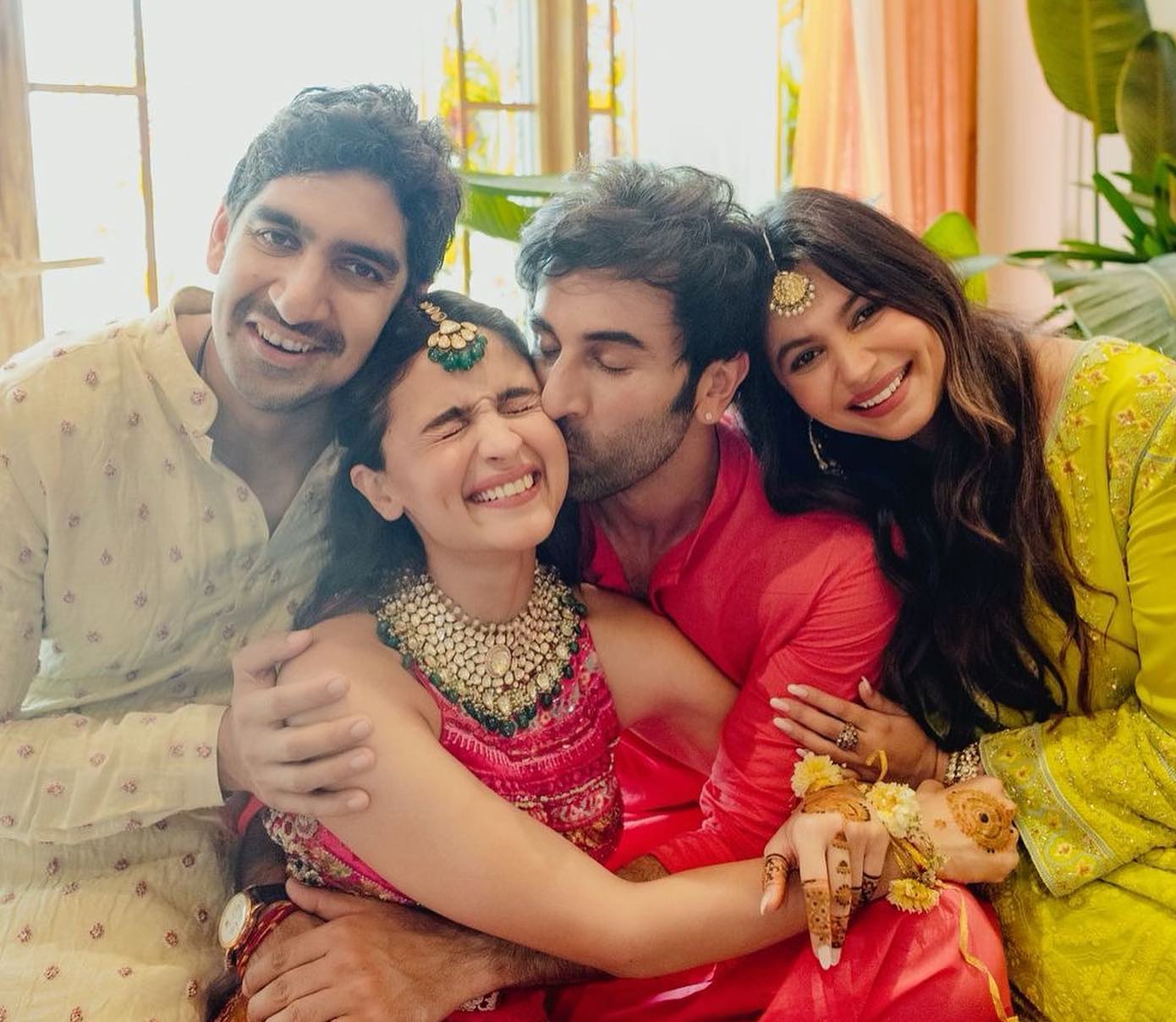 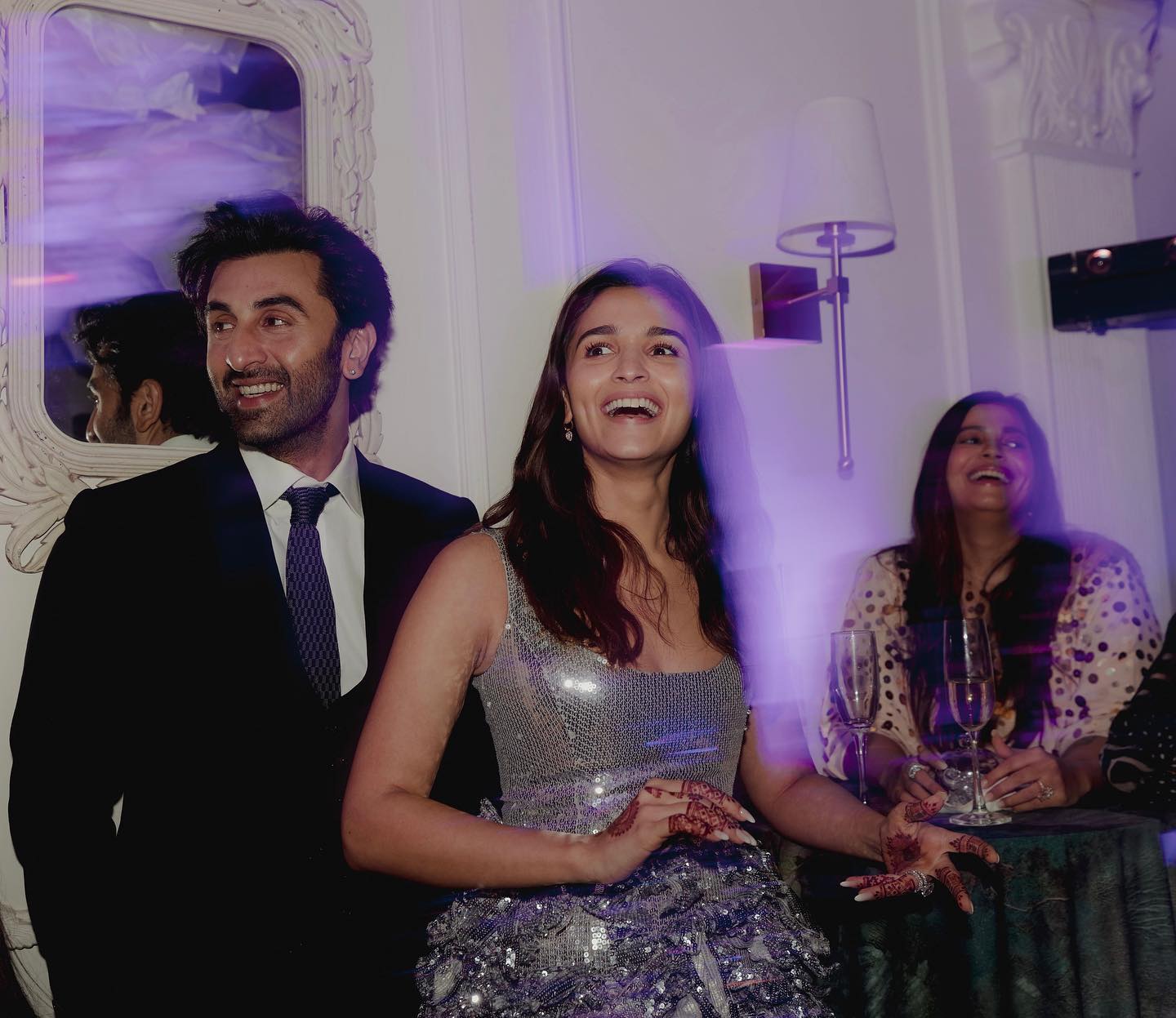 Earlier, in an interview with Film Companion, Ranbir Kapoor's mother and late Rishi Kapoor's wife, Neetu Kapoor had spilled details of their intimate wedding. She had mentioned that since they did not want 'too much hoo-ha', they had included only close ones and family members on the guest list. Neetu could be quoted as saying:

"For the mehendi, there were only 20 people, and 7-8 friends. We did a surprise item for them and we did it in one day–Dholida, Mehendi Hai Rachne Wali and Tenu Leke. That was really too much fun."

Also Read: Sanjeeda Shaikh Posts A Cutesy Video With Daughter, Ayra And It's All About 'Maa Ka Pyaar'

Further, in the same interview, Neetu had elaborated a fun anecdote about the handsome hunk, Ranbir Kapoor's baarat. Neetu had laughed and had said that at first, she had wanted the full ghodi ritual to be followed. However, after seeing the craze of the media and paps outside their home, she had dropped the plan and had opted for the baarat to go from the 5th floor to the 7th floor. In her words:

"The best part was the baraat, which went from 5th to the 7th floor. In the passage we were dancing to bhangra. I wanted the full ghodi ritual, but then also we thought the paps would come and it would become a crazy thing. So I said forget the whole thing, we'll just go from the 5th to the 7th floor. Ranbir and Alia had planned so much that 'we'll go to South Africa, we'll do a recee,' and eventually, where did they do it? At their home. Since two years we were planning we'll go here, and we were seeing pictures. We were going absolutely nuts. But this was the best, and she looked so beautiful."

Here's wishing a happy one month anniversary to Ranbir and Alia.