Bollywood star, Ali Fazal shared some rare pictures with his mother along with a long note. Take a look!

Bollywood actor, Ali Fazal is going through one of the toughest phases of his entire life. The reason why we are saying this is because his mother has passed away last week. The actor is in immense pain after losing his mother, who has been his constant supporter like every mother out there. Since her demise, Ali has been sharing pictures and long notes, trying hard to ease out all the pain he has in his heart on paper. Also, the actor is revisiting old memories of his childhood by the help of those monochrome pictures. (Recommended Read: Soha Ali Khan Shares An Adorable Video Of Little Inaaya Doing Yoga, On International Yoga Day)

However, this time around, the actor has written a deep note in the memory of his mother which will leave you teary-eyed. Also, he shared some unseen pictures with his mother from his childhood days and one look at it will shrink your heart a little. Scroll down to see it! On June 22, 2020, Ali Fazal took to his Instagram handle and shared five unseen pictures from the memory lane. In the first picture, we can see little Ali sitting on a couch as his young mother can be seen lovingly gazing at him. The rest of the four pictures are from his mother’s younger days and she looked stunning. Along with the pictures, Ali Fazal wrote a deep note and it can be read as “All our cups are dealt in different measures. Just drink your tea - Uzma Saeed The tribal mind almost never falls in line, but one must know how to manouvre and sift through the consciousness and the subconscious to arrive at coherence and some version of the human condition.” (Don’t Miss: Taimur Ali Khan Adorably Looks At 'Abba', Saif Ali Khan In This Candid Father's Day Picture) 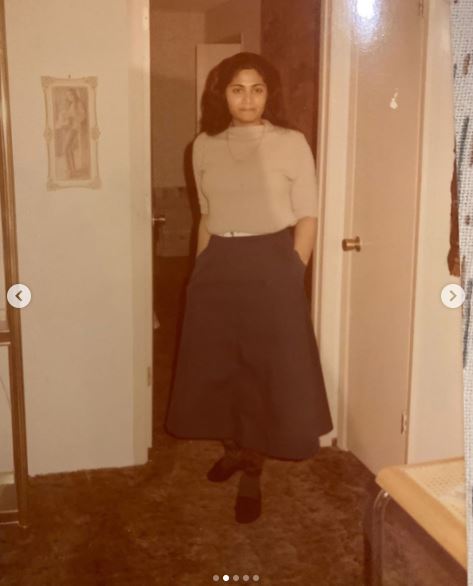 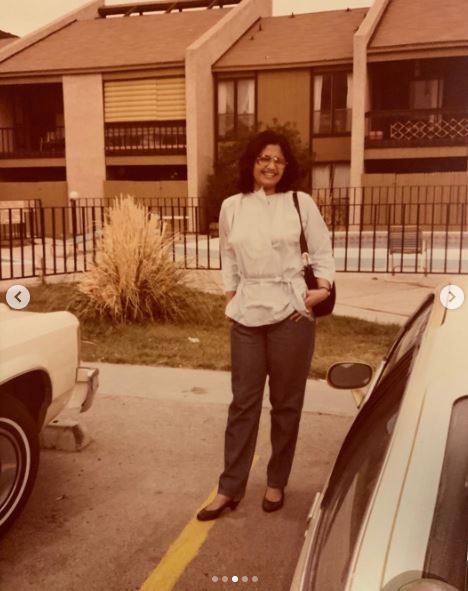 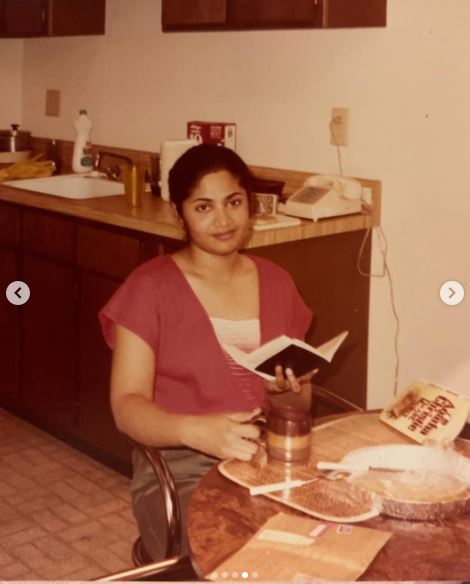 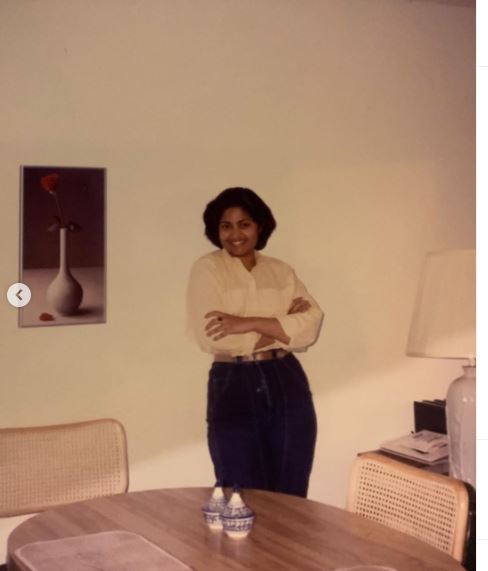 Further in his long note, he talks about the reality of life that keeps moving and wrote a few lines explaining it, “Scarcity of thought is a rare feat, we want to be able to leap against the push of time and float in thoughtlessness to reach a profoundity that is mindful of its own misgivings. And then maybe, we may feel a little less mortal than most days. In other news, I must get back to the mint, the grind, the system until Polly puts another kettle on. Cheers to the unlearned. I present myself to you, a glimpse everyday i will chip away in the name of ‘we buy you sell you buy we sell.’ Bank account number plz. Lift the right leg and raise an eyebrow per favor. Cheeeeeeeeeeez.” 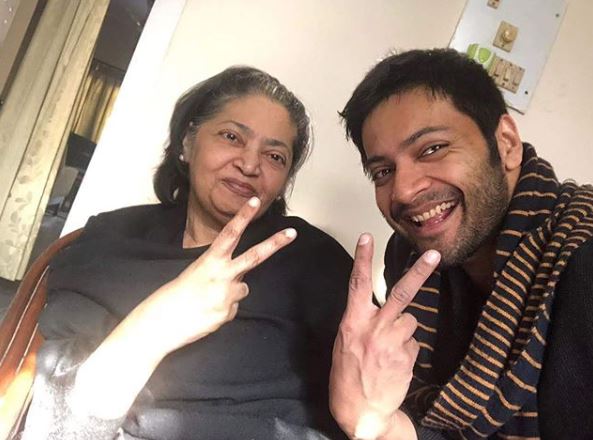 The long clearly describes the huge void with which Ali has started living in his life. On June 17, 2020, Ali's mother had passed away in Lucknow, and the actor had taken to his Twitter handle to inform his fans about the biggest loss of his life. He had posted a note with her picture in his tweet and had written a note that could be read as "I’ll live the rest of yours for you. Miss you Amma. Yahi tak thaa humaara, pata nahi kyun. You were the source of my creativity. My everything. Aagey alfaaz nahi rahe. Love, Ali.” Ali Fazal's girlfriend, Richa Chadha had also tweeted for his mother and had written, "Hang in there... Rest in peace Auntie." Check it out below: 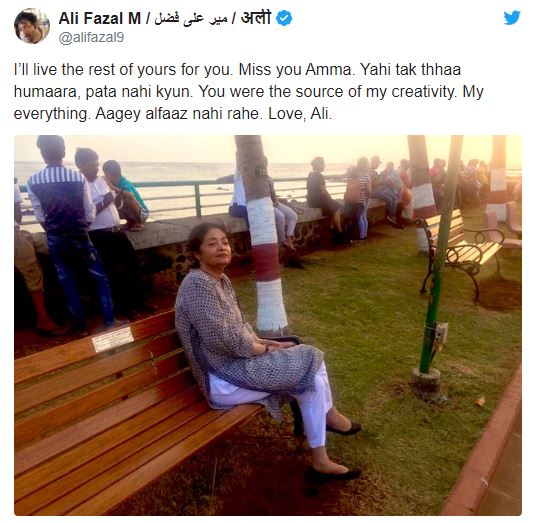 The official spokesperson of the actor had released a statement that could be read as “It is with great sorrow we inform you that Ali Fazal’s mother passed away on the morning of June 17, 2020, in Lucknow after a quick succession of health complications. Her passing was sudden and we pray for her peace. Ali is grateful for the love and support of his fans in these testing times. A personal loss of this magnitude also needs silence. He requests his fans and the press for some privacy at this point.” (Also Read: Trishala Dutt Pens A Father's Day Wish For 'Papa Dukes', Sanjay Dutt, Step-Mom, Maanayata Sends Love) 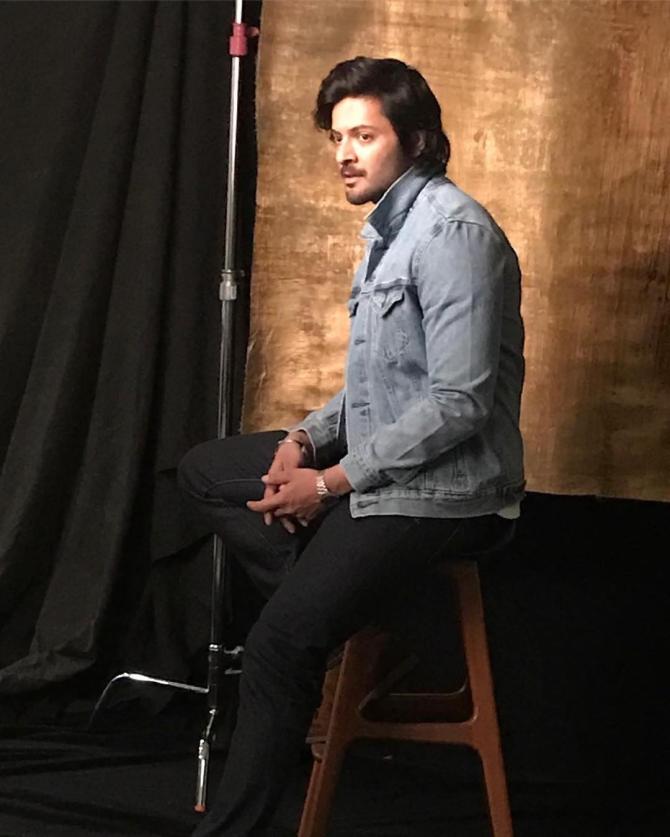 May God give all the strength to Ali Fazal and his family!