Ali Abbas Zafar Welcomes His Wife, Alicia Zafar Into His Family, Shares 'First-Ever' Photo With Her

Ali Abbas Zafar Welcomes His Wife, Alicia Zafar Into His Family, Shares 'First-Ever' Photo With Her

'Tandav' director, Ali Abbas Zafar, has revealed his wife's name and face as he shared two beautiful pictures along with a romantic 'shayari' on his Instagram handle. Take a look!

The incredibly talented director, Ali Abbas Zafar had gotten married in an intimate nikaah ceremony in the presence of his family members and loved ones on January 3, 2021. The critically acclaimed director had not revealed his wife's name and identity and had dropped the news as a big surprise for his million fans out there. However, before diving deep into his personal life, let's take a quick round of his professional front. It was in 2011 when he had made his directorial debut with the film, Mere Brother Ki Dulhan, which had turned out to be a huge success at the box-office. After which, he had delivered hit films like Gunday, Sultan, Tiger Zinda Hai, and many more. (Recommended Read: Karanvir Bohra Gets Endless 'Taane' From Wife, Teejay Sidhu As He Tries To Romance With Her [Video])

Since then, there's no looking back for the filmmaker as he's all set to make his digital debut with his web series, Tandav. Coming back to his personal life, Ali Abbas Zafar has revealed the name of his wife and her identity, as he shared a family picture. Scroll down to take a look! On January 5, 2021, Tandav director, Ali Abbas Zafar took to his Instagram handle and shared a mesmerisingly beautiful picture from his wedding ceremony as he introduced his wife, Alicia Zafar for the first time to his million fans and industry mates. In the picture, the couple looked like a jodi made-in-heaven. Talking about their respective attires, Ali Abbas Zafar looked handsome in his well-tailored white sherwani. While on the other side, his eternal love, Alicia Zafar stunned everyone with her mint-coloured traditional ensemble. In the dreamy frame, the couple can be seen dancing together and dipped deeply in each other's eyes. Along with the photo, Ali Abbas penned a beautiful shayari, and it can be read as "1400 years ago Imam Ali said to Fatimah Al- Zahra's, all my worries and sadness disappears when I look at your face, I feel the same Alicia Zafar. Mine for life." Soon his fans and industry mates have filled his comments section with their beautiful blessings and congratulatory messages. Take a look: 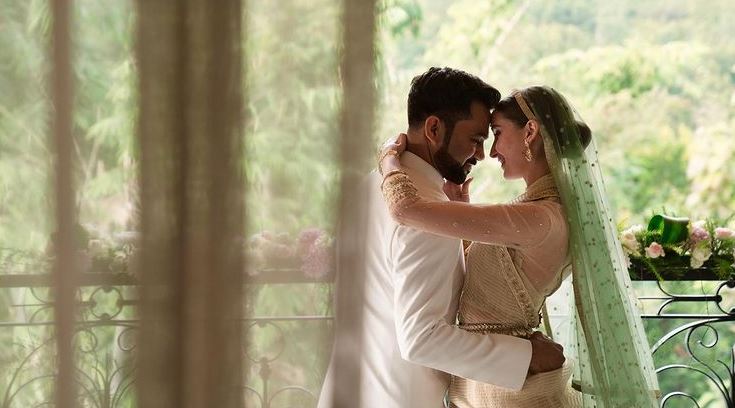 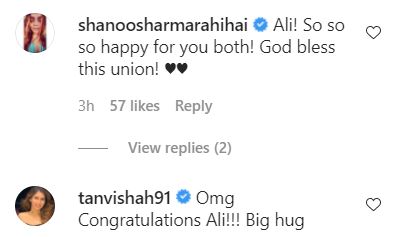 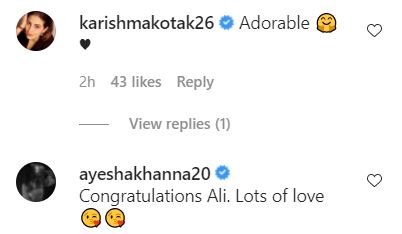 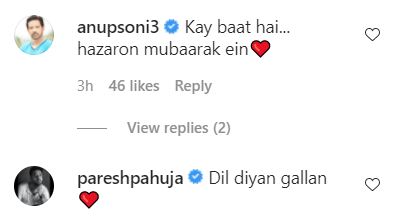 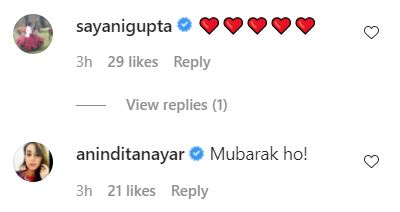 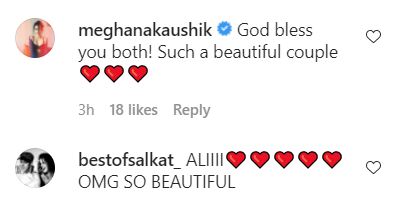 After some hours, the director took to his IG handle once again and has delighted everyone by sharing a lovely family picture that features his father and mother. In the picture, Ali Abbas' father looked handsome in his suit and booted avatar, while his mother looked gorgeous in her traditional ensemble. However, it'll be a sin not to compliment his wife, Alicia Zafar, who looked like a queen in an ethnic ensemble and warms everyone's hearts the way she holds her in-laws' hands in the beautiful family portrait. Along with the picture, the newly-wedded director wrote, "Welcome to the Family" followed by a red heart emoticon. (Don't Miss: Kiara Advani Might Have Posted A Picture Wearing Alleged Beau, Siddharth Malhotra's Shirt [Video]) 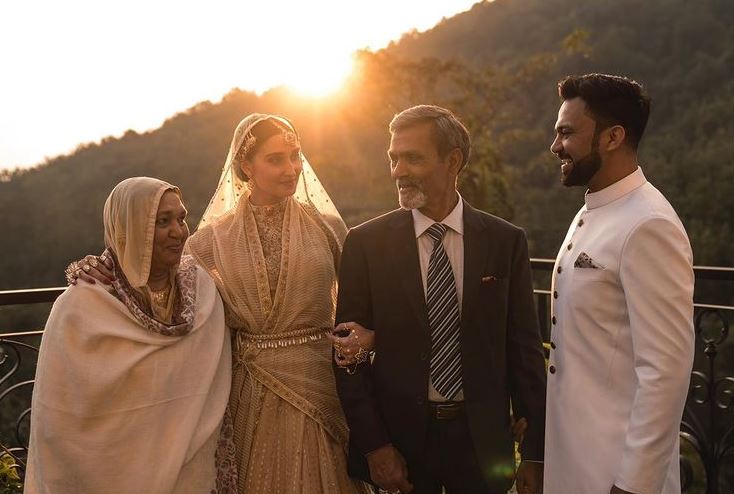 It was on January 03, 2021, when Tiger Zinda Hai director, Ali Abbas Zafar had announced that he's a married man now as he had posted a picture with his wife from their intimate wedding ceremony. The wonderful news had delighted all his industry mates and fans, who had wasted no time dropping congratulatory messages in the comments section. In the close-up frame, we could see the bride and groom holding each other's hand, and it's the beautiful sunlight falling from the background to the foreground that had made it a dreamy picture. Some of the notable celebs, who had wished the couple are Katrina Kaif, Sunil Grover, Ranveer Singh, and Gauahar Khan. Along with the picture, the newly-married director had written, "Bismillah" followed by a red heart emoticon. (Also Read: Yash And Radhika Pandit's Son, Yatharv Looks Adorable After His Mundan, Doting Mommy Shares Pictures) 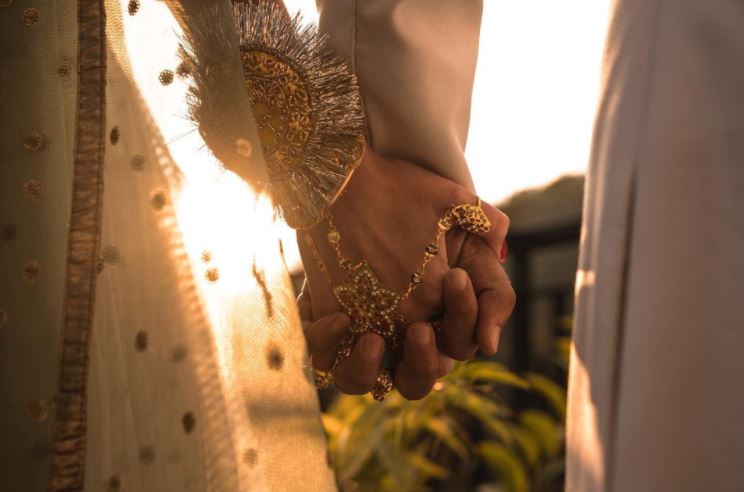 Did you like Ali Abbas and Alicia Zafar's photo? Let us know!