Remember the time when there were these crazy memes about Leonardo DiCaprio not winning a single Oscar despite stunning us with some of the most brilliant roles in a career spanning more than two decades? Sad it was right? Thankfully, that spell ended at the 2016 Oscars!

Well, looks like one of Bollywood’s all-time favourite actor's spell ended too and that too with a fancy National Award! How cool is that? The suave man here is Rajeev Om Bhatia aka Akshay Kumar.

Recommended Read: 7 Things That Prove Why Akshay Kumar And Twinkle Khanna Are The Power Couple Of Bollywood 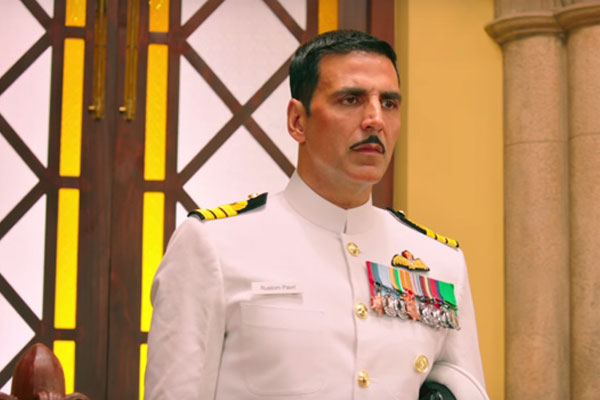 Bollywood’s affable 'Khiladi Kumar', who neither had a godfather nor a Khan or Kapoor surname, humbly bagged a National Award for playing a Navy Officer in Rustom. The winning moment was exhilarating and legendary in all possible ways for Mr. Kumar, as he couldn’t stop thanking the jury or his prettiness, Twinkle Khanna in a heart-warming video he posted on social media after his win.

Must See: Twinkle Khanna Posts An Adorable Video For Akshay Kumar On Their 16th Wedding Anniversary There’s something special about the video that we got to mention before you watch it. Akshay, like the best husband ever, dedicated the award to Twinkle in an adorable way because this happened: 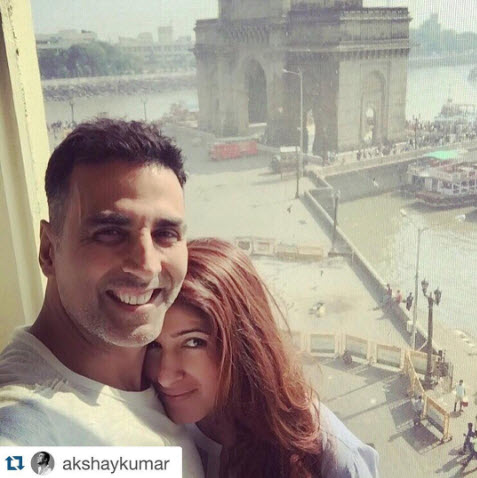 In one of the seasons of Koffee With Karan, Twinkle jokingly asked Akshay,

“Both my parents (Rajesh Khanna and Dimple Kapadia) have won National awards. What have you won?” Well, the man has his answer now! Check out this video:

That totally won our hearts, how cute can he be! Twinkle too, being the cutest, supportive wife tweeted something super-sweet!

Here’s what she tweeted: 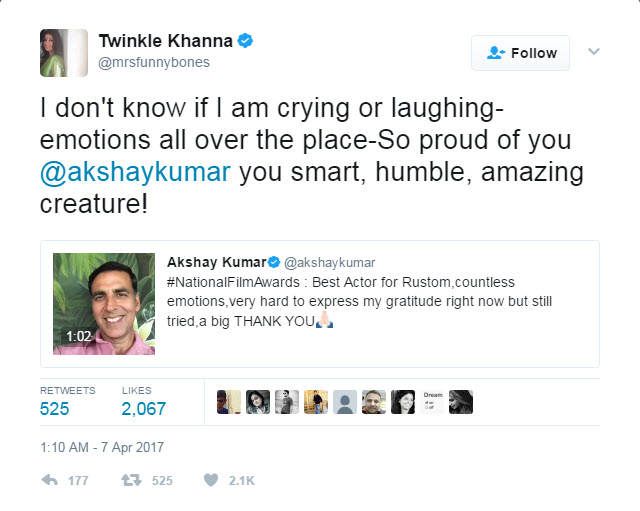 Such a touching message this is, right? A big congratulations to Akshay Kumar for this phenomenal win. Many more to come to you, Sir! For more updates on your favourite celebs, stay tuned with us. 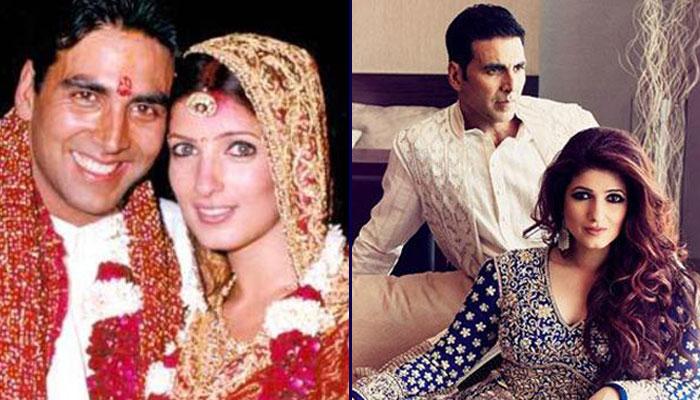