During his recent media interaction, Akshay Kumar reacted to the reports of him, charging Rs. 50 to 100 per film, and it's simply unmissable!

One of the most energetic actors in the industry, Akshay Kumar is loved for his handsome looks, acting skills and larger-than-life lifestyle. Over the years, he has worked in many out-of-the-box movies and blockbuster hits. Even at this age, he has many projects in his pipeline, including Selfiee, which would release on February 24, 2023, and following this, he will be seen in the films, OMG: Oh My God 2 and Bade Miyan Chote Miyan. However, for a few days, reports have been circulating in the media that the actor charges a hefty sum of Rs. 50 to 100 crores for his performance in the films. Now, he reacted to this and gave an unmissable reaction.

Akshay Kumar's hilarious reaction to reports of him charging Rs. 50 to 100 crores in a film

During his recent media interaction at the trailer launch event of his upcoming film, Selfiee, in Mumbai on January 23, 2023, Akshay Kumar reacted to the reports of charging Rs. 50 to 100 crore per film. He was asked the same by some media persons present over there. To which, he quickly mentioned laughingly that he feels pleased to hear such positive things and said:

Recommended Read: Ranbir Kapoor Reveals If He Ever Found Out That Any Of His Exes Was A Liar, Gives A Witty Response 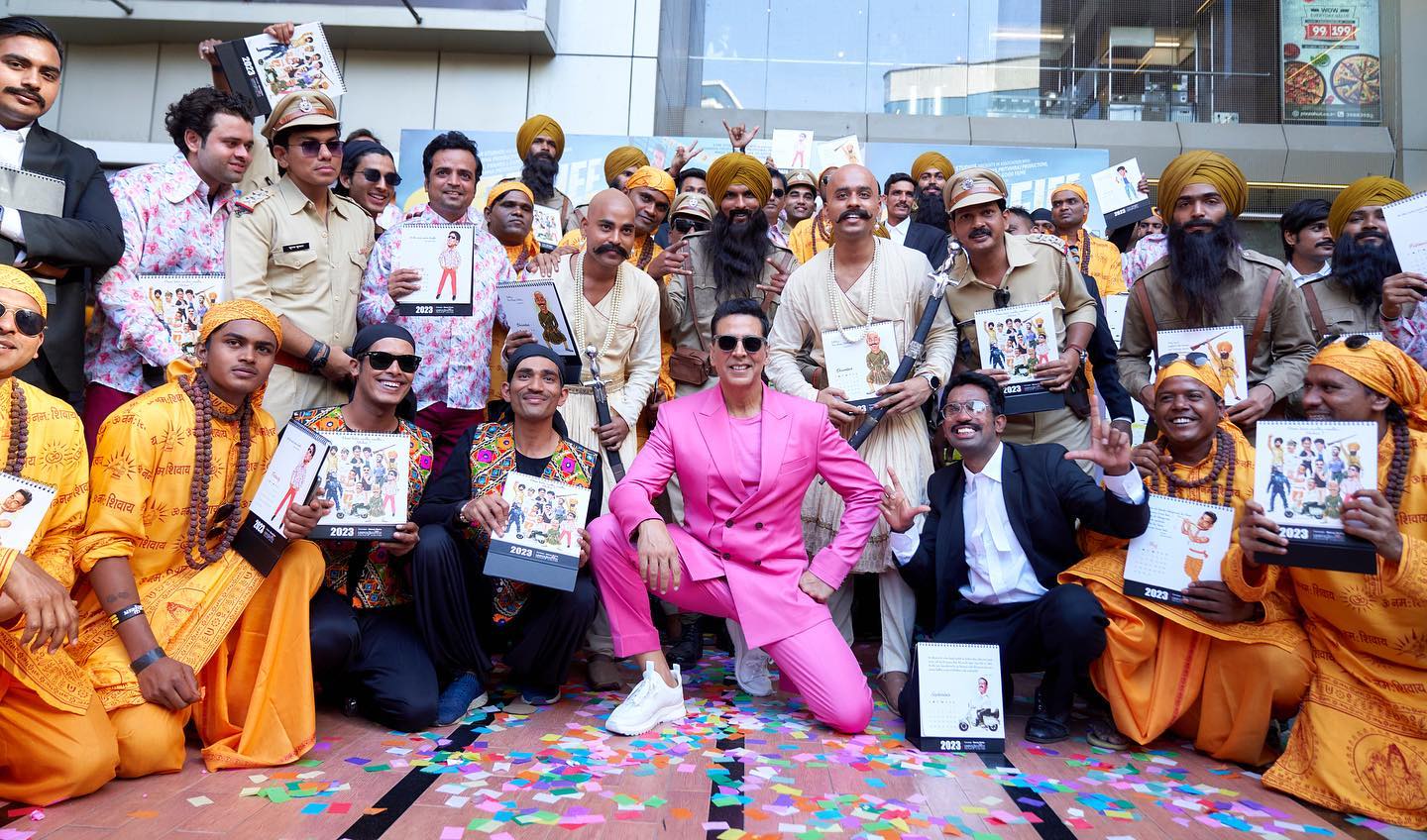 Earlier, in November 2022, at the Hindustan Times Leadership Summit, Akshay Kumar had opened up on the high cost of movie tickets during the recession. He also mentioned that for the same reason, the actor wanted to bring down his prices by 30-40 percent and had said:

“There are so many other things that need to be done and not just by the actors but the producers and theatres as well. I’ll tell you I want to bring down my prices by 30-40 percent. Theatres need to understand that it’s recession time also. The audience has a limited amount of money to spend on entertainment. You cannot be spending so much on it. Everything has to change. And it’s not just the theatres. We have to work on the cost of me, the cost of making the film. Everything needs to be addressed.” In his personal life, Akshay Kumar is married to the love of his life, Twinkle Khanna and the duo is blessed with two kids, Aarav and Nitara. Glimpses of the same are often found in their respective IG handles. For instance, on January 15, 2023, taking to her IG handle, Twinkle had shared a beautiful video featuring her hubby, Akshay and their daughter, Nitara. In the video, while the little one was looking at the peaceful nature, her daddy dearest was paddling the boat, and Twinkle captured the beautiful moment. Sharing the video, Twinkle took a hilarious note on her marriage and called it a Faraday cage. She had mentioned:

"On a freezing Sunday morning, someone decides we must pedal along an icy lake. No prizes for guessing the name of the perpetrator of this diabolical plan. My usual philosophy states:Whatever floats your leaky boat as long as I am not compelled to come along for the ride. Unfortunately the laws of philosophy, physics, and thermodynamics all crumble within a Faraday cage called marriage. True? False?" When Akshay Kumar visited his wife, Twinkle at her college

Keeping aside their fun banters, Akshay and Twinkle also never miss a chance to set pure couple goals. For instance, on November 17, 2022, Twinkle had taken to her IG space and shared a video of herself from her blissful University days. For the unversed, Twinkle is currently pursuing a Master's in Fiction Writing at the prestigious London University. In the video, we could witness Twinkle brimming with joy while she entered college. However, we could also see Twinkle posing with her husband, Akshay, who went there to pick her up from the university, and it's simply adorable.

What do you think about Akshay's reactions?

Next Read: Mandira Bedi Explains How She Managed 'Not To Sink' After Her Husband, Raj Kaushal's Death In 2021