He is known as the Khiladi of Bollywood. He does his stunts on his own and even at 50 years of age, he can give any newcomer run for their money with his superb acting skills and his super-hot physique. Yes, you have guessed it right! We are talking about none other than our Padman, Akshay Kumar. And, if you are getting married and wish to have a lean and fit body like the actor, then read on to know all about his simple and easy-to-follow fitness mantras. 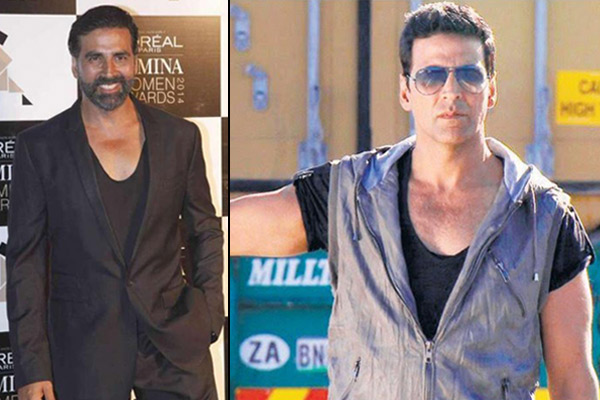 For this tall, dark and handsome hunk, “health matters the most”, which is why the star has been practising a strict fitness regime for 32 years. And the result- six-pack abs, and a lean, fit and healthy body! He has a fixed sleeping timetable, which he follows for a healthy mind, body and soul. The actor attributes his exceptional fitness to a very simple mantra that he follows in life without fail:

“You need to be fit both mentally and physically to lead a complete, fulfilled life. Whenever my schedule permits, I follow a very simple principle: early to bed and early to rise.”

Yes! He goes to bed by 9 pm and wakes up at 4:30 am and kick-starts his day with his favourite workout sessions. And, while many tinsel town stars have personal trainers, Akshay has none. He is, in fact, his own boss who does what his heart desires for, to keep him hale and hearty. The actor says:

“I do anything and everything that inspires me and pushes my limits.” 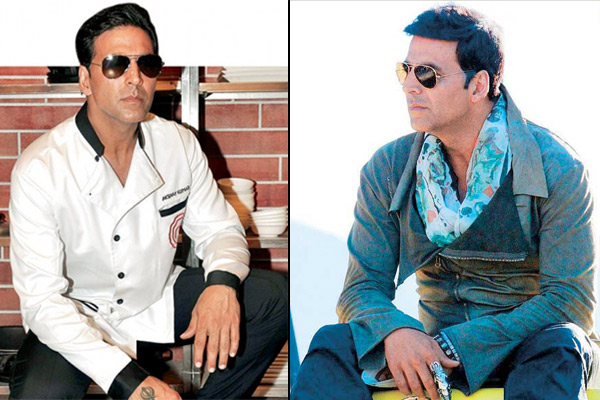 Although he goes to the gym, he never follows a set pattern of exercises. He keeps changing his workout according to his mood and convenience so that he does not get bored. The Singh is Bling actor does not pick up weights at all other than his own body weight by swinging and climbing trees. But, he does swear by martial arts like Karate and Muay Thai (Thai kick-boxing technique); meditation and yoga for staying physically fit and bringing about the inner balance. Apart from that, outdoor activities like stair climbing, hopping, running, hiking, rock climbing, parkour, etc., are a few other things, which Akshay loves doing the most as they are close to Mother Nature. The actor inspires others to get involved in the same by telling their advantages:

“Any kind of exercise- yoga, gym, running, trekking, playing a sport or martial arts can help fight stress and depression. I do all of that, and the results are for all to see.” 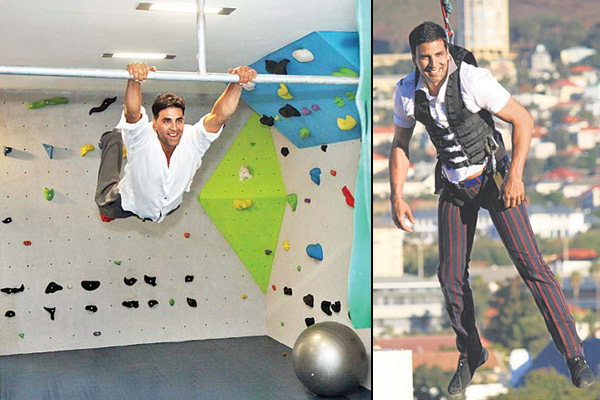 His workout usually comprises of:

The Khiladi does not believe in taking any type of enhancers, powders, shakes or steroids to build up his body as they do more harm than good. He says:

“Today, it has become a joke to take enhancers, powders, shakes or steroids. When you eat these artificial enhancers, your muscles will die within a month of not exercising. What is the point?” 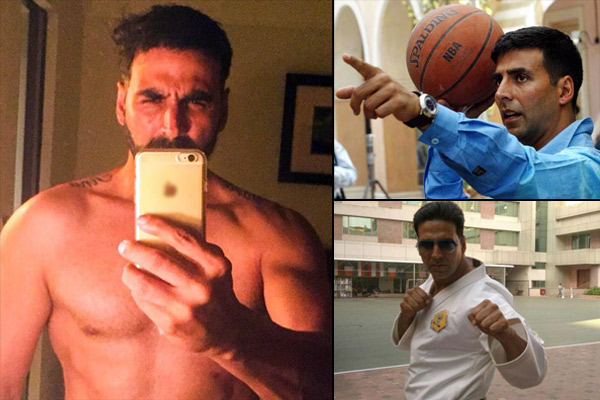 As per the actor, there are no shortcuts to building your body. And for a healthy body, he does not even take allopathy. Instead, he prefers to take herbs as they are more beneficial for health. Akshay even recommends the same to all those who see him as an inspiration to live a healthy lifestyle:

“Never take your body for granted. Use natural therapies to keep good health.” For the Welcome star, a good and balanced diet is also very important to have a fit body. The actor generally consumes five to six meals in a day and prefers his food to be home-cooked. And being a Punjabi, he loves sweets, but does not touch them after his evening meal. He does not drink tea, coffee, or alcohol, and he does not even smoke. He munches on dry fruits in between meals and prefers steamed, grilled or sautéed food over fried stuff. However, he lets himself go on Sundays and indulges in his favourite delicacies, especially sweets. For the rest of the days of the week, he eats in moderation, drinks amla (Indian gooseberry) juice, and follows a strict diet regime. He usually has his dinner by 7, so that the food can be digested before his sleeping time.

Take A Look: Shahid's Fitness And Diet Routine For 'Padmavati' Is Every Vegetarian Fitness Goals 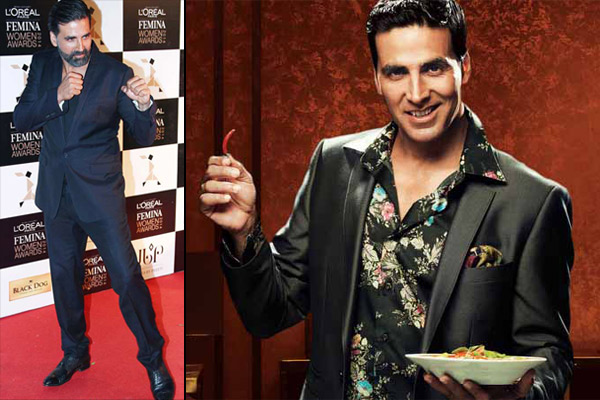 His diet plan comprises of: 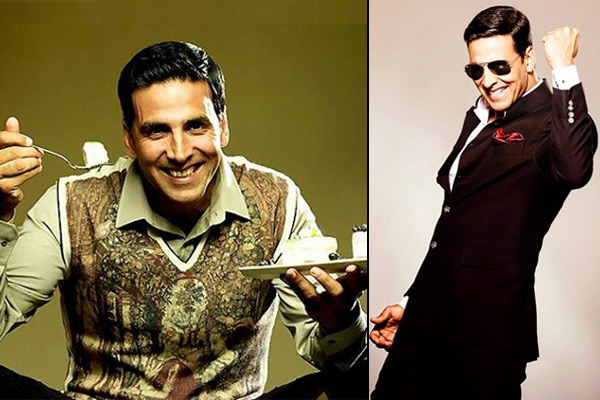 The actor prefers to eat brown rice or anything that is produced naturally. He suggests the same to others as well:

“Eat brown rice. It is so good for muscles as it is good carb. Eat walnuts, cranberries, almond, milk, meat. Avoid processed foods. I eat anything that is produced on earth.”

Recommended Read: For His Role In 'Padmavati', This Is The Fitness And Diet Regime That Ranveer Singh Followed

And, leading a disciplined lifestyle is another main reason behind his fit body. The actor prefers being lean and fit rather than being bulky, as it is more graceful. And looking at his chiselled physique and killer looks, we cannot agree more! So guys, what are you waiting for?