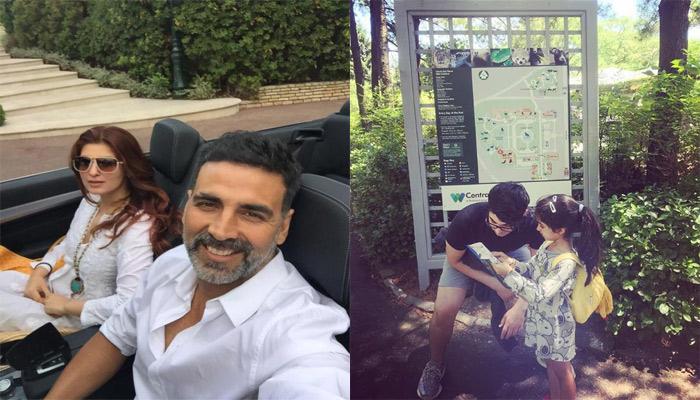 Known for his dedication and spirit, Akshay Kumar has been in the industry for over 25 years now and has been a part of more than a hundred Hindi films. He is married to actor-turned-author, Twinkle Khanna and their journey of togetherness is considered as an evergreen love story. The two are married for over 18 years now and have been living their marital life with full of positivity and happiness.

Akshay Kumar is considered one of the fittest celebs in B-town. When it comes to fitness, Akshay can surely give any fitness enthusiast a run for his/her money. From performing his own stunts in the movies to trying to put his martial arts tricks, Akshay Kumar is doing all by his own.  Akshay has turned 52 today and trust us, he is ageing like fine wine. Being a fitness freak, Akshay is celebrating his birthday doing adventurous tasks.  (Recommended Read: Asha Bhosle Sings Lullaby For Neil Nitin Mukesh's Daughter, Nurvi, Her Reaction Is Priceless [VIDEO]) 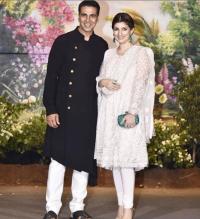 The Khiladi of Bollywood, Akshay Kumar is celebrating his 52nd birthday today. Akshay is currently in England to celebrate his birthday with his family. To mark his 52nd birthday, Twinkle took to her Instagram handle and shared a picture with her hubby, Akshay and their daughter, Nitara. In the photo, Twinkle and Nitara are walking on a precarious bridge while Akshay is behind them. Twinkle has captioned the picture as "A birthday filled with many adventures-Next BYOB pottery and then mixing potions in a dark dungeon..." 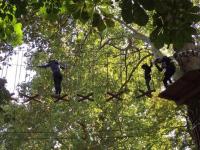 Akshay Kumar is loved by all his Bollywood colleagues and fans. Today, he took to his Instagram handle and shared a picture of himself and has captioned it as "We Are What We Eat..Be a Product of Mother Nature...DON'T be a Product of a Product #AntiSupplements. Be True to your body & it'll carry you in ways you only dreamed of at this age...trust me, I’m a father of two.Take care, 1 Life, Get It Right." On the occasion of Akshay’s birthday, wishes poured in from every corner of the globe. Fans and celebs have wished Khiladi Kumar by taking to their social media handles. The courteous actor has replied to all the wishes. (Must Read: Shloka Mehta And Akash Ambani Visit Lalbaugcha Raja; Mukesh, Anant, Abhishek And Amitabh Also Join)

That’s us, looking into the future, seeing you ageing backwardsðŸ¤ª Happy bday to the man who defies all kinds of gravity!! Lots of love @akshaykumar .. Keep inspiring us all with your fitness & your amazing film choicesðŸ¤— #missionantiageing #HappyBirthdayAkshayKumar pic.twitter.com/o6HrmuDGYR — Sophie C (@Sophie_Choudry) September 9, 2019

Happy Birthday @akshaykumar sir. God bless you with loads of Happiness. Please keep inspiring us with your incredible work. ðŸ¤—â¤ï¸ðŸŽ‰ðŸŽ‰

Happiest birthday @akshaykumar sir!! The way u look at life, make the most of it & are always driven to do better is truly inspiring! I’ve had the best time working with you!â˜ºï¸ May you always have Housefull of happiness & may the Dilli in u always stays alive! ðŸ¤—ðŸ’ pic.twitter.com/FADskz0xdn — Kriti Sanon (@kritisanon) September 9, 2019

Akshay Kumar on his birthday announced the historical drama, Prithviraj. He took to his Twitter handle and announcing the news to his fans, he wrote, "Elated to share about my 1st historical film on my birthday!Humbled to have the opportunity to play a hero I look up to for his valor & values- Samrat Prithviraj Chauhan in one of my biggest films #Prithviraj. Producer @yrf,director #DrChandraprakashDwivedi, releasing Diwali 2020."

Elated to share about my 1st historical film on my birthday!Humbled to have the opportunity to play a hero I look up to for his valor & values- Samrat Prithviraj Chauhan in one of my biggest films #Prithviraj.
Producer @yrf,director #DrChandraprakashDwivedi, releasing Diwali 2020 pic.twitter.com/Q2nD5KE3KR

Akshay Kumar had tied the knot with Twinkle Khanna in 2001 and the two are blessed with two children, son, Aarav and daughter, Nitara. Akshay Kumar is a family man and loves to spend his free time with his wife and children. For Akshay, the happiness of his family is a priority and every award and recognition are secondary. Talking about his wife, Twinkle, Akshay in an interview with the Hindustan Times had revealed that she helps him in selecting the scripts. He was quoted as saying, “Yes, my wife has been a very big help in my career. It’s not that I have to discuss every script with her before I give it my nod, but she talks to me and I remember (those) things. She told me once, ‘Koi zor zabardasti nahi hai, jo achha lage karo’ (You are not being forced, do what you feel is right).” Akshay Kumar loves to hang out with his son, Aarav and considers him his science teacher. Akshay was once quoted as saying, “We don’t discuss, he tells me things. It’s a different learning experience. My son is like my science teacher.” Talking about not sharing many pictures of their daughter, Nitara on social media, Akshay had once stated, “Mere bachchon ke bahut kam (paparazzi) photos aatein hai, but honestly speaking, I don’t like it [kids getting photographed] at all. That’s why I try and hide my children as much as possible.” 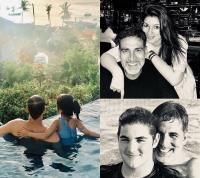 Akshay Kumar had further added, “So, I will never bring my kids in front of the camera on purpose. I don’t want to turn them into products of sorts. But if we go out and photographers happen to spot us, they can click pictures.” (Suggested Read: Akshay Kumar Reacts On Aarav Getting Trolled On Social Media, Reveals Why Nitara Refuses To Step Out)