Twinkle Khanna took to Instagram and shared with her followers, a heartfelt gesture by her son, Aarav Bhatia for his parents. Read on to find out what! 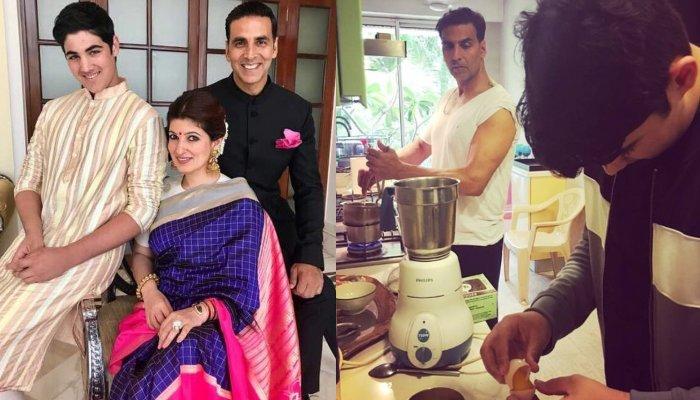 Have you ever witnessed the magic of ‘role reversal’ in your life? And we have deliberately used the word ‘magic’ in here! There’s a time in every parents’ life when they do whatever they can to bring up their child. From ensuring that he/she gets only the best, cooking favourite dishes to going places, parents’ contribution in our lives can’t be explained in mere words. And when we grow, up, it all should be about ‘role reversal’! It's time we need to think about the best for our parents. And how beautifully, superstar Akshay Kumar and his wife, Twinkle Khanna’s teenager son, Aarav Bhatia did the same! (Do Read: Nita Ambani And Isha Ambani 'Twin And Win' In Gota Work Ethnic Ensembles By Abu Jani Sandeep Khosla)

While this must have made you extremely curious, let’s update you about some ‘first things first’. Akshay Kumar and Twinkle Khanna’s extremely handsome blue-eyed boy often grabs the headlines. The star kid is extremely close to his parents and is often seen going on lunch/dinner dates and vacations with his family. In one such recent instance, it was on July 04, 2019, when the very witty Twinkle had taken to Instagram and shared a picture with her ‘not so little anymore’ son and had written about their museum visit. She had penned, “The tables have turned-This summer my son is the one wanting to go to museums instead of me having to drag him to one! #mangaexhibition #discovernewthingseveryday #art.” 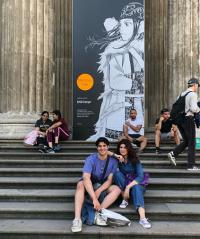 In the similar lines of ‘turning tables’ and ‘role reversal’, Twinkle Khanna took to Instagram and shared with her followers, a heartfelt gesture by her son, Aarav Bhatia for his parents. Sharing two pictures of mouth-watering delicacies, the doting mommy expressed her happiness through words when Aarav cooked a scrumptious meal for his star parents. She wrote, “My teenager makes us dinner and dessert all by himself. On the menu- mushroom risotto, miso avocado salad, chicken skewers and chocolate soufflé #proudmama.” 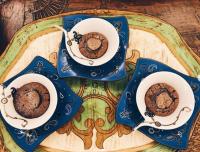 For the uninitiated, Akshay Kumar used to work as a chef in Bangkok before making his blockbuster entry in the entertainment space. It was only a while back when the Mission Mangal actor had taken to Instagram and had shared a sneak peek of his cooking time with his son, Aarav. He had captioned his post as “Father and son busy making soufflé and layered white chocolate mousse for our dinner guests. I have trained my boys well #dessertstory #sundayshenanigans.” Well, now we know that it all came from the genes! 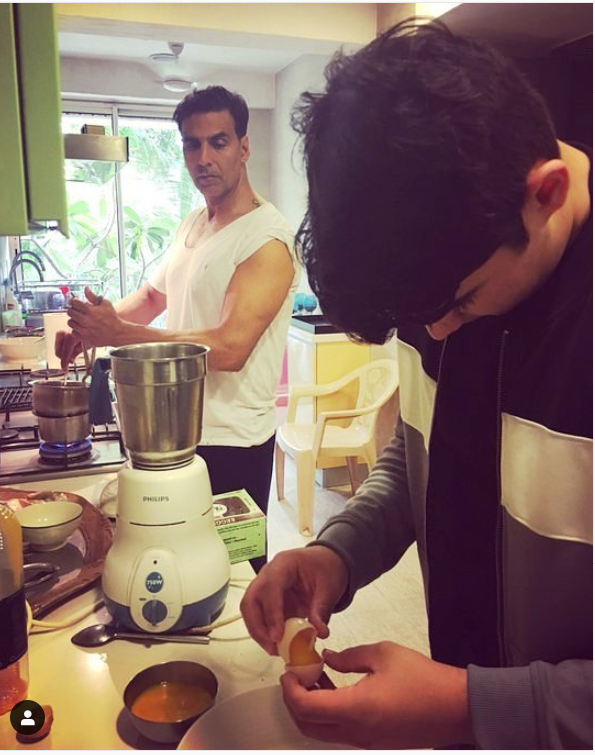 In a recent interview with the Hindustan Times, Akshay Kumar was asked about when we would get to see his son, Aarav Bhatia on the big screen. To which, he had answered, "He is just a 16-year-old kid, who is enjoying his life. There’s no need to discuss his career right now and put pressure on him. I feel that [kids feeling pressure] will happen only if the parents – in a way – put some kind of burden. I am very clear that whether my kids want to become a painter, doctor or open a restaurant, I am fine. My dad never put any pressure on me. He was like, ‘if you’re interested in sports and karate; and want to be like Bruce Lee, go for it. But become at least half a Bruce Lee (laughs).’ Aaj wahi cheez kaam aayi na mere." (Must Read: Amitabh Bachchan And Jaya Bachchan's Unseen Dance Performance At Abhishek-Aishwarya's Sangeet)

Akshay Kumar had further added, "See, every parent hopes and tries to ensure that his/her kids’ life becomes easy. They pray for their kids but everything depends on how their kids want to shape and take ahead their lives. No parent can shadow their kids 24/7. They can guide them from far and shield from certain things. So, be it Aarav or Nitara, jo unko karna hoga, woh apne aap karenge. I strongly feel ki be it a king’s son or beggar’s, har insaan apni kismet saath leke aata hai." 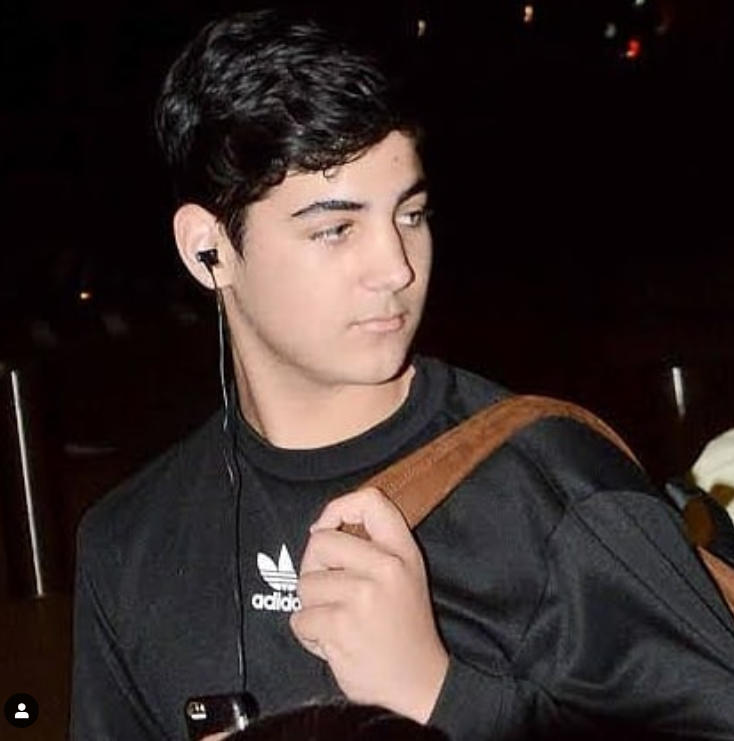 In yet another interview, Akshay Kumar had revealed the lessons that he has always taught his son, Aarav Bhatia, "I really want to inculcate the same qualities in Aarav that my father passed on to me. First and foremost, I have taught him to respect his elders. Like me, he is also into sports and outdoor activities. He loves the outdoors just like I do. And he has an amazing sense of humour. That, I feel, is something he has got from his mother (Twinkle Khanna)." 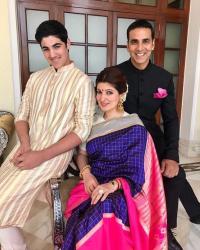 Akshay Kumar had once shared his and wife, Twinkle Khanna's responsibilities as parents. He had stated, "With my son, my job is simple. I let him do whatever he wants. If he feels a particular school is good for him, he checks out its website, fills the form and completes the formalities by himself. My job is to sign as a guardian and just pay the money. It’s as simple as that. Not to forget, my wife, Tina, is also a fabulously responsible parent to both our kids." (Also Read: Niti Taylor Celebrates The Mother-Sister Bond In A #FamJamShoot, Ditching Her Bridesmaids And Fiance) 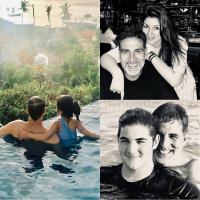