Paras Chhabra's girlfriend, Akanksha Puri thinks that Shehnaaz Gill is despo and Mahira Sharma is a smart player and shares that she is not insecure about Paras' and Mahira's connection.

When you enter the Bigg Boss house, you have to be prepared for your personal life to be openly discussed and judged by the audiences and co-contestants. Bigg Boss ka ghar is where nothing can remain hidden or unnoticed. Everything about the contestant’s life is there in front of the audience and they can be easily judged. Full of controversies and shocking revelations, the thirteenth season of the reality show was back with a bang. And the fans are in for some more delight and revelations.

Of late, Splitsvilla 5 winner, Paras Chhabra’s personal life has been grabbing a lot of attention due to his statements inside the Bigg Boss house. Currently, Paras is in a relationship with his Vighnaharta Ganesh co-star, Akanksha Puri from past 2 years. Their social media PDAs and mushy captions have been giving major couple goals to all the couples out there. Akanksha even had tattooed Paras’ name on her wrist as a token of love and appreciation. Paras has been getting a lot of attention from his female co-contestants, especially from Shehnaaz Gill and Mahira Sharma. Paras is getting trolled online for his equation with Shehnaaz and Mahira. (Recommended Read: Arti Singh Reveals Brother Krushna Abhishek's Reaction On Her Dating Rumours With Sidharth Shukla)

Paras Chhabra Reveals That He Tried To End His Relationship With Gf, Akanksha Puri Many Times 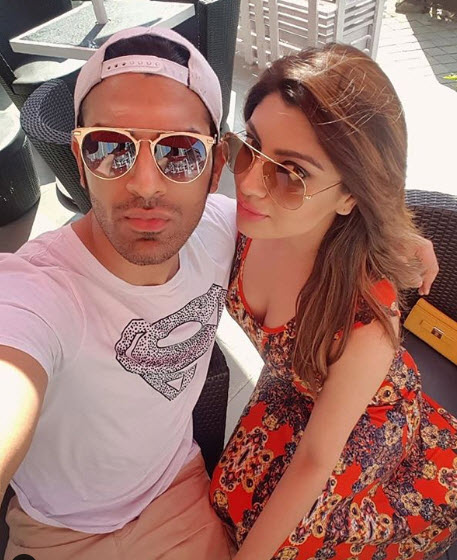 In an interview with IWM BUZZ, Paras Chhabra’s girlfriend, Akanksha Puri gave a reply to all the online trollers and said, “To all online haters who are calling my guy names, have you ever bothered to see the other side of the coin as well? It is not as if both Mahira and Shehnaaz are babes in the wood. They too are equally playing the game along with Paras. Remember, it always takes two to tango. Did they ever think twice about getting into a blanket with a guy?" 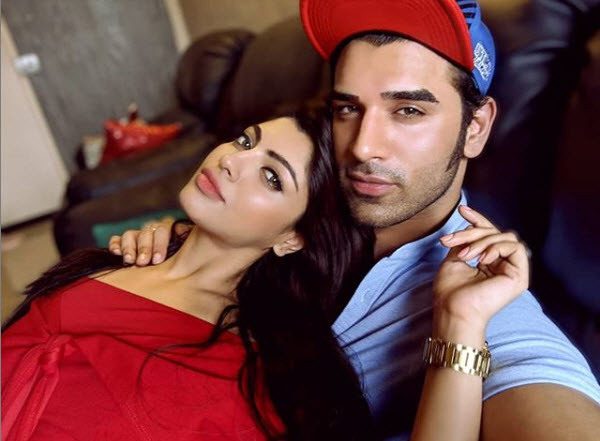 Shehnaaz Gill is famous for her outspokenness and bubbliness inside the Bigg Boss house and shares a great bond with Paras Chhabra. Akanksha also commented on her and said that she is a 'despo', who will do anything to get attention. Mahira Sharma too shares an unmissable bond with Paras and Akanksha thinks that she is a 'smart player' and is keeping her dignity intact. She further added that she is really liking Mahira and Paras' connection and is not insecure about it. 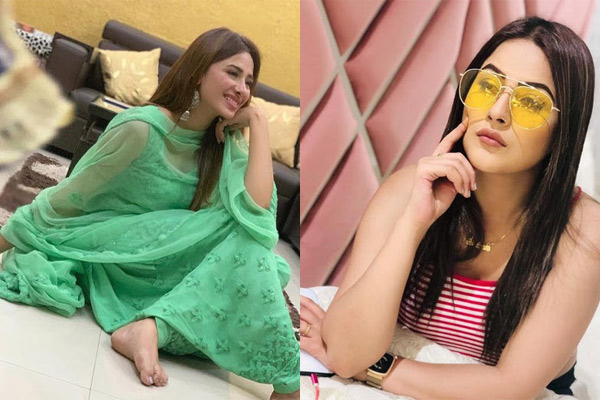 For the unversed, in one of the episodes, Paras had proposed to Mahira. Akanksha also commented on the same and said, “I have not seen what you said, so can’t comment. But like I have always maintained in my earlier interviews, I will continue to stand by him. I will not prejudge him. Let him come out and then we will discuss.” Akanksha added that he is doing it to win the show and they already discussed his game plans. (Suggested Read: Shweta Tiwari Shares Adorable Pictures Of Her Kids, Palak Tiwari And Reyansh Kohli) 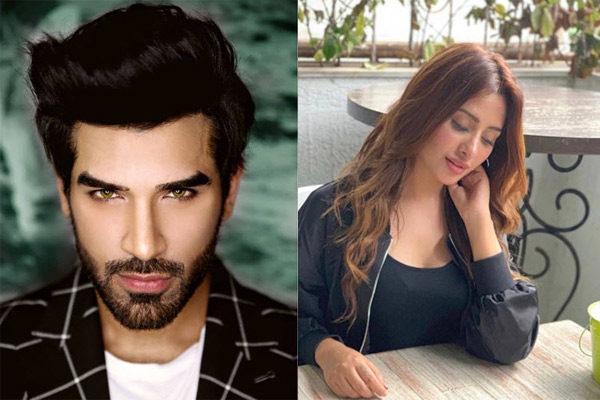 In one of the previous episodes, Paras had confessed that he had tried to end their relationship many times but couldn’t as she would end up in tears and he doesn’t want to hurt her. Later, in an exclusive chat with Pinkvilla, Paras Chhabra’s girlfriend, Akanksha Puri had reacted to his statement and had said, “I have absolutely no clue about this. I knew he is playing his game and will be going to any extent to win his game. I was all prepared about him flirting with girls and selling his playboy image everything, but he saying all that has even surprised me. But he is a good player and is one of the strongest contestants in the show. I want to just support him. He left on a very different note, he gave me the responsibilities of his house, his mother, his accounts, his clothes in Bigg boss, everything. He told me to stay strong and support him and this is what I am doing and will do till the time he is inside the house. Rest everything will be clear once he is out and talks to me directly. I don't want to react to anything right now. Let him play his game. I wish him all the best." 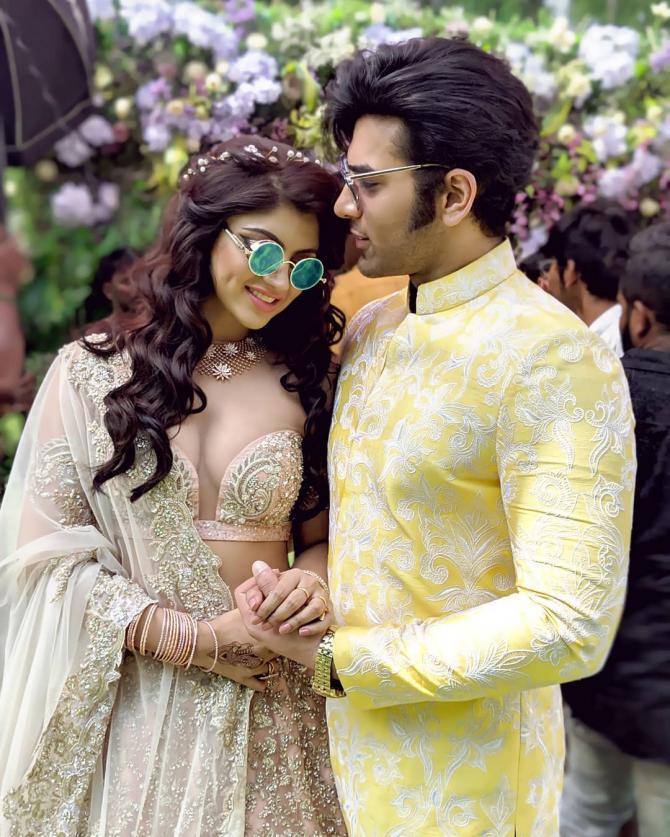 Akanksha Puri, who was left heartbroken and disturbed by his statement, had further stated, “Obviously, it's a little disturbing but when you are with a guy like Paras for almost 3 years, you are prepared for everything. He is not an easy guy to handle. One has to be a way to understanding and patient to be with Paras. But like I said earlier, he understands these reality shows better than me, so all I can do is to wait for him to come out and support him till then." 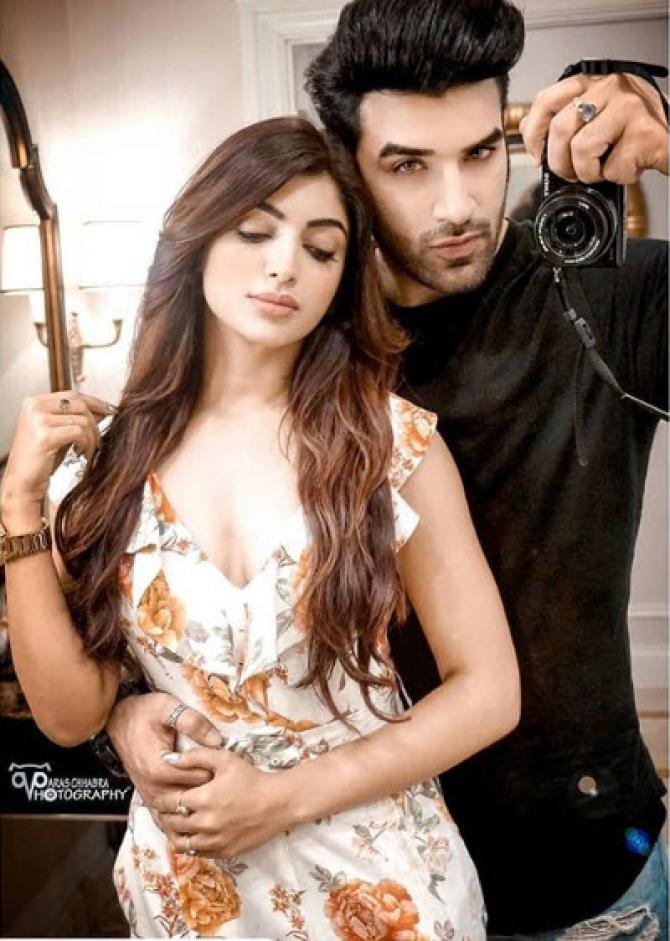 During one of the promos of Bigg Boss, Shehnaaz Gill and Mahira Sharma were seen fighting over Paras Chhabra. Akanksha Puri had revealed that she is enjoying the attention that Paras is getting from the female contestants and had said, “I saw the latest promo of Shehnaaz and Mahira Sharma fighting for Paras and I couldn't stop laughing. He is doing a wonderful job on the show. If he is making two people lose their focus from the game and is making them fight for him, then I would say he is a real winner for him. I am thoroughly enjoying myself while watching him on the show."(Also Read: Deepika Padukone Has Already Decided How To Raise Her Child With Ranveer Singh And It's Adorable) 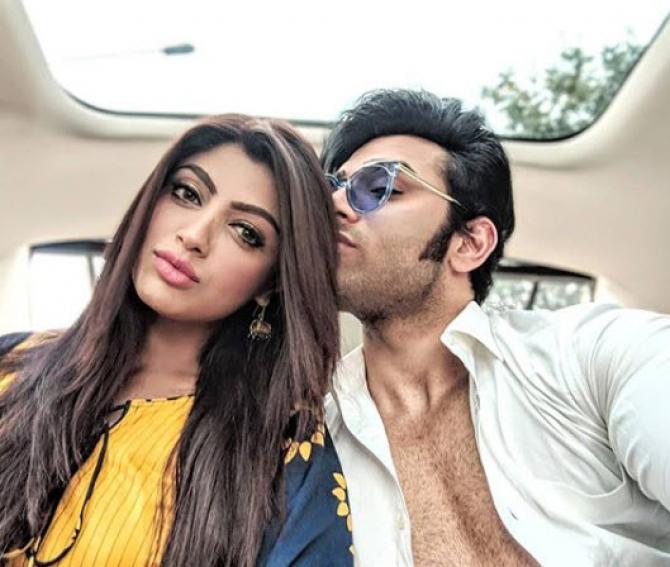 Well, Bigg Boss ka ghar is becoming more and more interesting day by day. What do you think?