Ajay Devgn Talks About Nysa Being Trolled For Visiting Salon, A Day After Her Grandfather's Death

Ajay Devgn Talks About Nysa Being Trolled For Visiting Salon, A Day After Her Grandfather's Death

With the rise of social media, personal life hardly remains private. In a recent interview, Ajay Devgn opens up about trolls and their constant attack on his daughter, Nysa Devgn. 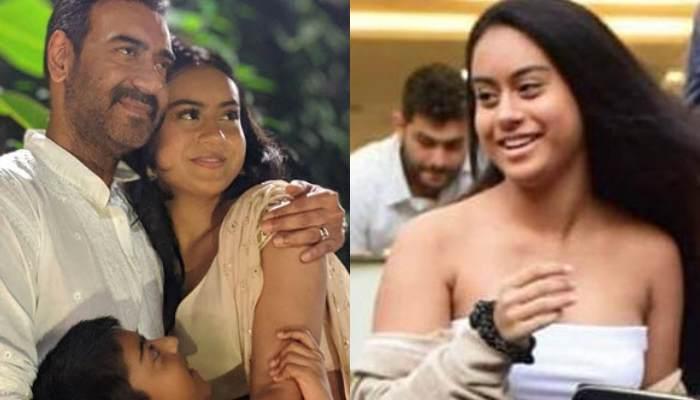 In the world of glitz and glamour, everything comes with a price, even your privacy. There is nothing like a personal space in the lives of celebrities, whatever they do becomes news. Facing constant clicks and being followed wherever they go, being a celeb is not a cakewalk. With the glamorous life, they also bear the cost of compromising with their privacy. Whatever a celeb does becomes the interest of his/her fans, courtesy social media. (Also Read: Tahira Kashyap Recalls Her Journey Post Cancer While Celebrating Christmas With Ayushmann Khurrana)

Ajay Devgn and Kajol are the power-couple of Bollywood and enjoy a great fandom. But when it comes to their daughter, Nysa Devgan, the case is quite different as she has been subjected to trolls many a time. Nysa had done her schooling from Dhirubhai Ambani International School in Mumbai. In the year 2018, she had gotten enrolled in the United College of Southeast Asia in Singapore away from the media glares. Amidst all the trolling, it is Nysa’s doting dad, Ajay Devgn, who has always hit it back on the trolls for constantly targeting his daughter.

While trolls mercilessly target the star kids, it is their parents who are badly affected. Ajay Devgn who has always lashed out on the trolls has opened up in an interview with Zoom about his daughter being trolled. He has talked about Nysa being trolled for visiting a salon post the death of her grandfather, Veeru Devgan. Talking about the same, he stated, “They (trolls) really don’t know what’s going on. I’ll give you an example, I never spoke about this. When I lost my father, the second day, the kids were very upset. Nysa was crying all day and people were home, there were a lot of people. You know how the atmosphere is. I called her, I said stop being upset. Because you have to, they are kids. ‘Why don’t you go out, have something and come, eat something and come or things like this. She said I don’t want to go. I told her you please go, there will be a change of mood. They are here, we are handling people, we are doing it. You just go out. She didn’t know where to go, she left and she went to a parlour."

He further stated, “I said go get a hair wash or something. They have clicked pictures of her entering a parlour and they have trolled her. ‘Grandfather just died and she’s in the parlour’. What right do they have? I am sending her so that she feels better, she’s going through a trauma. What right do they have to say that? It’s ridiculous. And then she’s come back howling. By the time she got back home, the pictures were out already." (Also Read: Sunny Leone Shares Pictures From 'The Weber's' Christmas Celebrations, Sends In Wishes For Her Fans)

For the unversed, On May 27, 2019, Bollywood's most renowned action choreographer and father of Ajay Devgn, Veeru Devgan, had passed away. And the very next day, his granddaughter, Nysa was spotted outside a salon. She was subjected to merciless trolling by netizens after the incident. The trollers went on moral policing her pictures with their hateful comments. While she was bombarded with a lot of negative comments, there were some who spoke in her favour. And with the constant trolling, it was Nysa’s father, Ajay, who was the most affected and had backlashed the trollers.

Ajay had expressed his views on social media trolls and had stated that his daughter, Nysa Devgan doesn’t care about such negative comments. In an interview with the Deccan Chronicle, Ajay had stated, "Jo bhi yeh karte hain, unka mindset bakwaas hota hai (The mindset of people who do these things is rubbish). So we too, don't bother about all that, nor do we pay any heed to such nonsensical comments made through fake identities." (Also Read: Alia Bhatt Officially Becomes A Part Of The Kapoor Fam, Attends Christmas Lunch With Ranbir Kapoor)

It is so unfair of netizens to constantly target Nysa. What do you think? Keep us posted. 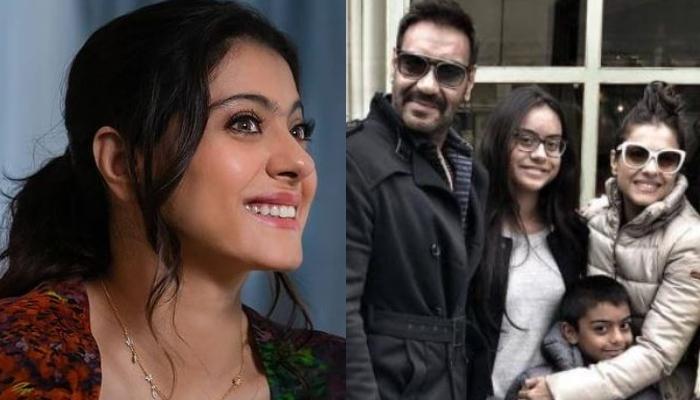 Lockdown was an interesting phase. While some enjoyed the quality time with their families which they didn’t get due to professional commitments, some were fed up staying 24x7 with everyone around at home. While some, who were away from families, wished to be with them during the lockdown period, some craved