Aishwarya Rai Bachchan's Birthday Wish For Hubby, Abhishek Bachchan Is All About Love

Aishwarya Rai Bachchan's Birthday Wish For Hubby, Abhishek Bachchan Is All About Love

Abhishek Bachchan turned a year older on February 5, 2020, and it was his doting wife, Aishwarya Rai Bachchan, who posted an adorable birthday wish for him. 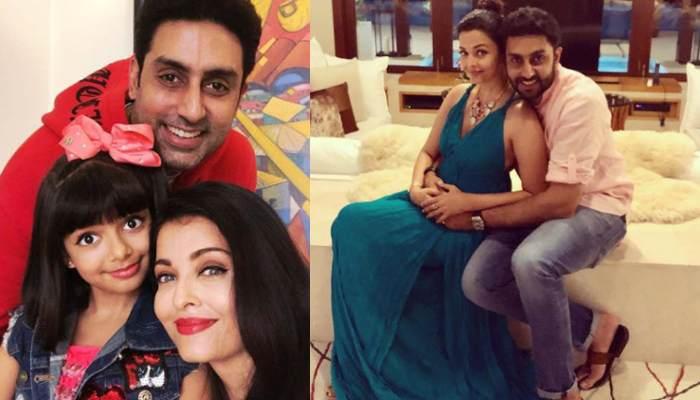 Birthdays are always a special day in one's life and it becomes even more happening, when spent with our loved ones. From getting mid-night surprises to cutting a number of cakes with different group of friends, birthdays are filled with a lot of cherishable memories. The excitement of birthday never fades away even after growing up. Bollywood’s handsome hunk, Abhishek Bachchan has turned a year older and it is his wife, who has posted an adorable birthday wish for her darling hubby. (Also Read: Ranbir Kapoor And Alia Bhatt Made A Grand Entry With Neetu Kapoor At Armaan And Anissa's Reception)

Abhishek Bachchan and Aishwarya Rai are a match-made-in-heaven. He is the chirag of Bachchan pariwaar and she is the queen of Bollywood. The two had fallen for each other while shooting for the film, Umrao Jaan. They had taken their love to the next level when they had pronounced each other husband and wife and had tied the knot on April 20, 2007. And on November 16, 2011, the couple was blessed with a little angel, Aaradhya Bachchan.

On February 5, 2020, Abhishek turned a year older and it was his doting wife, Aishwarya Rai Bachchan, who shared an adorable wish for him. She took to her Instagram handle and posted pictures with him and Aaradhya. Along with the pictures, she wrote, “HappyBirthday Babyyyy-Papaaaa. Love LOVE LOVE ALWAYS.” She also shared pictures of Abhishek’s cake, where the birthday boy was seen posing with his maa and paa, Amitabh Bachchan and Jaya Bachchan.

Abhishek Bachchan shares a warm bond with his sister, Shweta Bachchan Nanda and regards her as his confidant. On February 5, 2020, Shweta wished her little brother, Abhishek with a beautiful caption. She took to her Instagram handle and shared a throwback picture where Abhishek was seen riding a bicycle and Shweta was helping him. Along with the picture, Shweta wrote, “Forever and a day with you, on a bicycle built for two.” (Also Read: Izhaan Mirza Malik Walking Hand-In-Hand With Daddy, Shoaib Malik Makes Us Wonder How Time Flies)

On February 5, 2019, Abhishek Bachchan had turned 43 years old and his doting wife had taken to Instagram and had posted a short and crisp heartfelt message for her hubby. Posting a throwback childhood picture of Abhishek and a selfie, the Guru actress had captioned the pictures as “Love always...My Baby. HAPPY HAPPY BIRTHDAY BAAABYYY.” 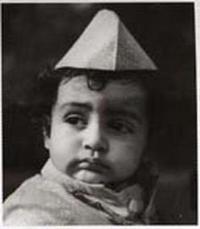 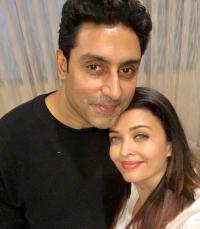 In an interview with film critic, Anupama Chopra, Abhishek Bachchan had opened up about marrying the most beautiful woman on earth and had quoted, “It's not about - you're hot and let's get married. It's not that. I married her for the human being that she is, not because she is the most successful actor we have or she is the international face of the Indian cinema. At the end of the day, when you come back home from a hard day at work, you go to bed and you have to face certain realities about how the person is like. These faces that we have come off at night without makeup. I married her for that person." 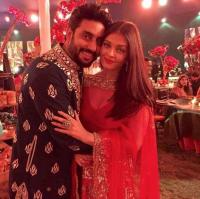 Abhishek and Aishwarya had met on the sets of the film, Dhaai Akshar Prem Ke in 2000 and were good friends at that time. However, they became more than just friends during the shooting of Umrao Jaan and Guru. After the premiere of Guru, Abhishek had proposed Aishwarya in New York and she accepted his proposal. On April 20, 2007, Abhishek and Aishwarya had tied the knot and were pronounced as husband and wife. In an interview with the Cosmopolitan, Abhishek had praised his wife and had stated, “She’s very down-to-earth, rooted, simple and real. She’s very beautiful, which everyone knows. But as a person, she is far more beautiful. She’s not what you’d expect her to be. You may think she’s an internationally known star and so beautiful, so she must have an attitude. But Aishwarya connects with you easily.” (Also Read: Izhaan Mirza Malik Walking Hand-In-Hand With Daddy, Shoaib Malik Makes Us Wonder How Time Flies) 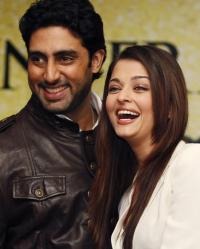