Even though he has been often compared to his legendary actor parents, he has created a niche for himself in the industry for which he is loved and respected by all Bollywood lovers. Despite being an underrated actor, Abhishek Bachchan has proved to be more than just the son of Amitabh Bachchan and Jaya Bachchan. Abhishek has been the frequent target of trolls, but with the right wit and the might of words, Junior B has managed to handle them like a boss! (Also Read: Deepika Padukone Comments 'Stop It' On Katrina Kaif's Latest Sizzling Instagram Post)

On February 5, 2019, Abhishek Bachchan turned 43 years old and his loved ones took to their social media to wish him on his birthday. His actress-cum-wife, Aishwarya Rai Bachchan posted a throwback picture of Junior B and a couple photo and captioned it as, "Always my baby. Happy, happy birthday, baby." Here are the two pictures that she shared: 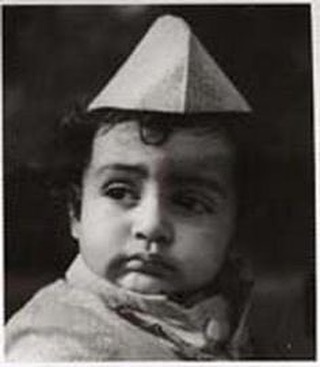 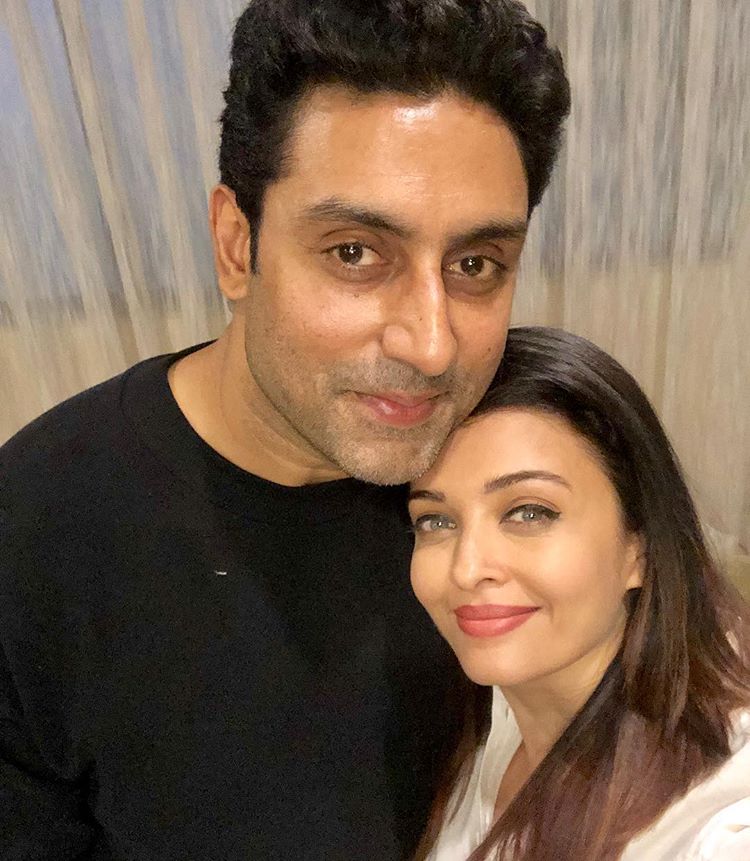 On his blog, Amitabh Bachchan wished his son with the ‘brightest’ words. He wrote, “To them that celebrate their birthday along with the birthdate of my son Abhishek, wishing you the brightest of days, happiness always...” Shweta Bachchan Nanda too took a trip down the memory lane and shared a childhood picture with her baby brother. She wrote with it, "Love you beyond words and reason," followed by a heart emoticon. 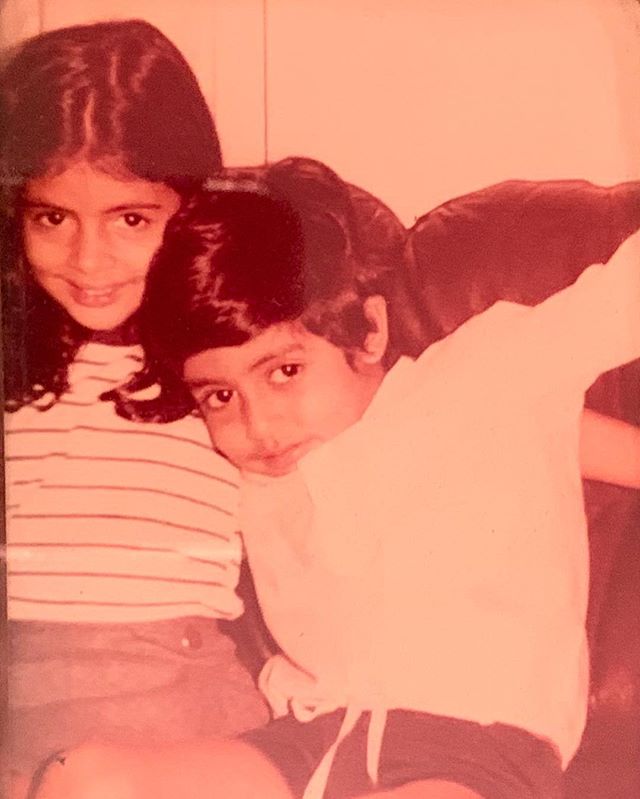 Shweta also shared what her daughter, Navya Naveli Nanda had posted for her mama’s birthday, through her Instagram story. The picture appears to be taken at a stadium wherein Abhishek and Navya can be seen photographed from the back. Navya wrote, "Happy birthday best friend" atop of it. (Also Read: 'Manikarnika' Actress, Ankita Lokhande On How She Came Out Strongly Post Breakup With Sushant) 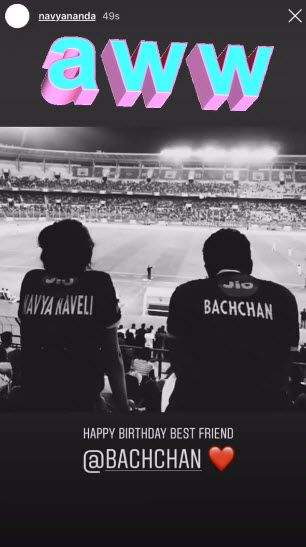 On Koffee With Karan Season 6, brother-sister duo Abhishek and Shweta had set the Koffee couch on fire with their interesting anecdotes about childhood and baring their heart out about their professional and personal lows. When asked what she loves, hates and tolerates about her brother, Shweta replied, “He is very loyal and he is a very dedicated family man. Not just as a son but also a husband.” On what she hates about him, “I hate he thinks he knows it all.” And what she tolerates about Abhishek, she said, "His sense of humour." 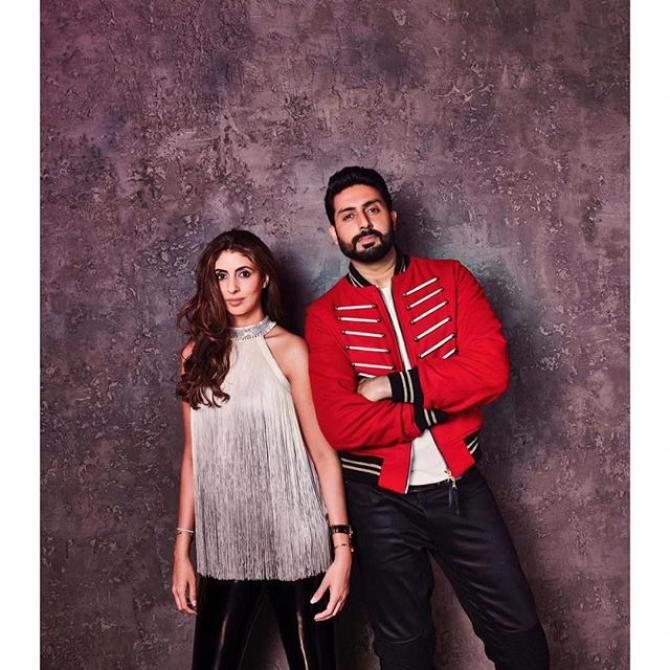 Speaking about the downfall in his career graph, Abhishek had stated on the show, “It’s tricky; it’s not the pressure of what was happening...it was more about how I was approaching my work which I thought was incorrect. I was becoming very complacent and unconformable. I was part of huge films, huge budgets, huge stars, huge collections, everything was hunky-dory, I had no pressure as I was standing by the side or behind somebody else who was shouldering all the pressure, and I was making lots of money, those films were making lots of money, it became very easy. With all respect to my all co-stars, I didn’t come to the industry to the stand behind anyone.” When asked if he ever felt heavy-hearted on being a part of the film but not the central role, Abhishek replied, “It very weird...I say this with all the respect to my co-stars, I genuinely enjoyed those films but it is heartbreaking for any actor who has been once centre staged to be on the side..It is difficult to digest. That hurt, that humiliation is important. The industry is the brutal place. No one is entitled to say that I am who I am and I deserve this. Everyone has to earn it. You have to earn your place in the industry. From centre you move to the left frame, it’s very hurtful.” (Also Read: Rajinikanth's Daughter Soundarya To Marry Again After Failed Marriage, Wife Asks For Police Security) 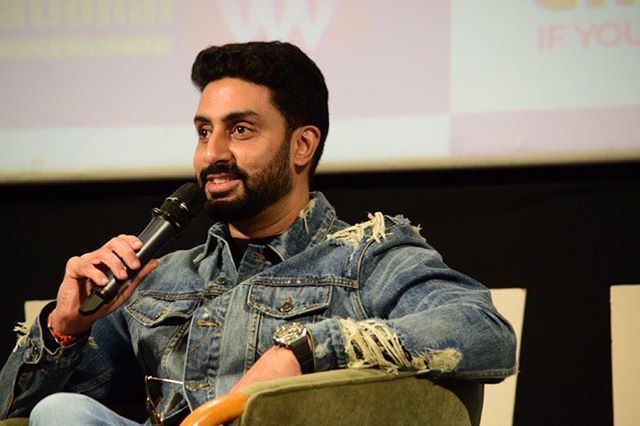 The best thing you can do with 'privilege', is to helps those who're deprived of it in every manner possible. As parents, our best goes in imbibing our children with great values, so they leave an imprint on the world. Bollywood's legendary actor, Amitabh Bachchan's family, is one such big,