At PV Sindhu's felicitation ceremony, Abhishek Bachchan had shared a warm moment with his wife, Aishwarya Rai Bachchan's ex, Vivek Oberoi. Apparently, the hug between them didn't go well with her.

There have been times when despite being a role model for their audiences for a long time, B-town celebrities have washed their dirty linen in public when it came to the matter of their heart. Baring it all in public, few celebrities have given a peek into their not-so-perfect lives. Such is the story of Aishwarya Rai and her exes, Salman Khan and Vivek Oberoi. From an ugly spat between them to the effect on Vivek’s Bollywood career post his entanglement with Salman and Aishwarya’s relationship, a lot has been said and written about this love triangle. (Also Read: Kamya Panjabi Finds Love Again After A Divorce And Multiple Link-Ups, All Set To Marry Him In 2020)

It was in 2004 when Kyun! Ho Gaya Na... had released starring Aishwarya Rai and Vivek Oberoi and her now-father-in-law, Amitabh Bachchan. Love brewed between Vivek and Aishwarya during the film, which didn’t go well with her then ex, Salman Khan. Vivek had also confirmed his relationship with Aishwarya on Koffee With Karan season 1, when Karan Johar had asked him, "Aishwarya in Hollywood or Aishwarya in Hindi films?" and he had replied, "Aishwarya in my arms." Vivek had also held a press conference wherein he had accused Salman of threatening to kill him. 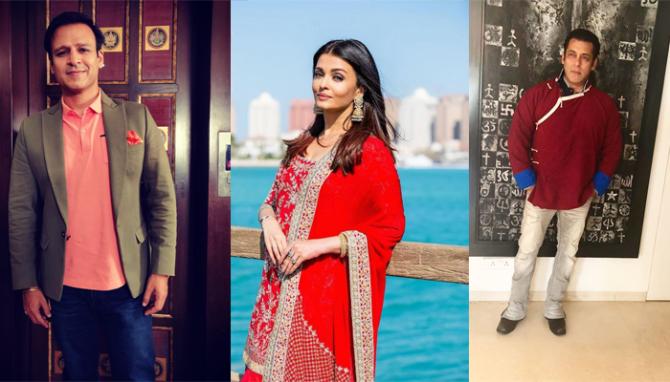 Before we dig up more about Aishwarya Rai, Salman Khan and Vivek Oberoi’s past, let us throw some light on their latest update. Aishwarya had added the surname ‘Bachchan’ to her name post her wedding with Abhishek Bachchan in 2007 but still, it looks like her past doesn’t seem to fade away from her life. On September 8, 2019, the first Indian to win a gold medal at the World Badminton Championship, PV Sindhu was felicitated for her achievement. And what caught everyone’s attention at the event was the presence of two families – the Bachchans and the Oberois.

Given Aishwarya Rai Bachchan’s past with Vivek Oberoi, the unanticipated encounter between Bachchans and Oberois was expected to be cold. But to everyone’s surprise, at the red carpet, when Abhishek and Vivek had crossed each other’s paths, they displayed a sense of maturity, smiled at each other and had then hugged it out. Letting bygones be bygones, Abhishek and Vivek had exchanged a few words and the latter had also greeted former’s wife, Priyanka.

If a Deccan Chronicle report is to be believed, Aishwarya Rai Bachchan is apparently upset with her hubby, Abhishek Bachchan for his warm encounter with her ex, Vivek Oberoi. As per the report, she wanted to know "why he was so warm to Vivek when he could have just said a polite hello and moved on." A source close to the Bachchans said, "Unlike Salman Khan who never forgave Vivek Oberoi for calling a press conference to condemn Salman's behaviour regarding Aishwarya, Abhishek chose to forget how obnoxious Oberoi can be. Instead Abhishek would rather focus on the positives in life." (Also Read: Alia Bhatt Looks Like Sunshine In Yellow As She Joins BF, Ranbir Kapoor For Rishi Ji's Welcome Party) Sometime back, a tweet from Vivek Oberoi about his ex, Aishwarya Rai, her ex, Salman Khan, her hubby, Abhishek Bachchan and her daughter, Aaradhya Bachchan had created a stir in the media. On May 20, 2019, Vivek had connected the dots of his ex, Aishwarya’s love life through a tweet and had termed it with political jargons. In the tweet that could be read as “Haha! creative! No politics here....just life”, the first picture had Aishwarya and Salman which was termed as “Opinion poll”, the second picture in the collage had an image of Vivek and Aishwarya, which was denoted as “Exit Poll” and the third picture in the collage which read “Result”, had a picture of Aishwarya, Abhishek and Aaradhya, which had made Twitteratis bash the actor. Here is the controversial tweet and netizens’ reaction to it: 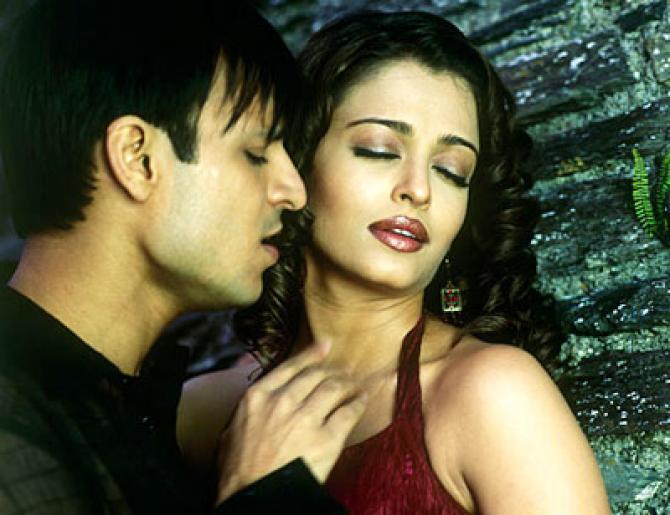 Further talking about Aishwarya Rai, Vivek Oberoi had revealed, “Maybe I would have ended up with someone who wasn't right for me as a life partner. Everything that I am doing now, impacting lives, running free schools, hospitals... came from that dark, difficult period.” The actor had also shared, “I turned things around by earning blessings. I think it was unfair. But then life isn't over yet.” (Also Read: Erica Jennifer Fernandes Ignores Her Rumoured Beau, Parth Samthaan At 'Mission Over Mars' Screening) 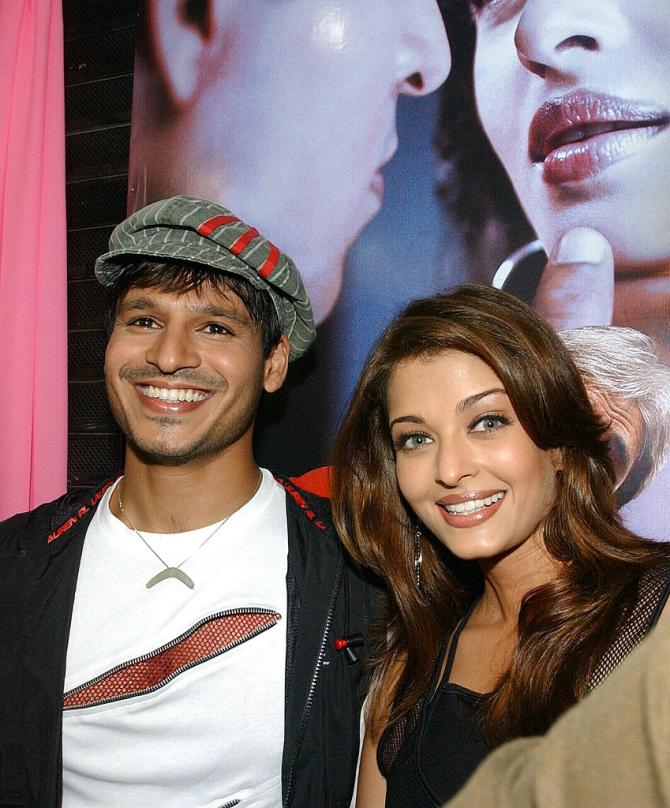 What do you think of Abhishek hugging his wife, Aishwarya’s ex, Vivek at the event? Keep us posted!