Scroll down to know the bits and pieces of the forensic report of AIIMS surrounding Sushant Singh Rajput's death! Ever since the federal agencies, the CBI, the NCB and the ED have been investigating the death case of Sushant Singh Rajput, every angle is revisited and analysed minutely. The post mortem reports of Sushant's dead body had seen a lot of upheavals when claims of tampering with the reports had surfaced on the internet. The uproar on social media had resulted in a team of AIIMS reanalysing the postmortem and viscera reports under the guidance of CBI. (Recommended Read: Ankita Lokhande Lashed Out At A fan Who Shared The Video Of Sushant Singh Rajput's Dead Body)

On September 28, 2020, the special team of AIIMS submitted its report to the CBI and Times Now has accessed some crucial parts of it. Scroll down to know the bits and pieces of the conclusive report of Sushant Singh Rajput's death! As per the reports flashed in Times Now, sources have revealed the details of the forensic reports of AIIMS. Sources said that no trace of organic poison was found in Sushant Singh Rajput's body. It was also mentioned that AIIMS would reanalyse Cooper Hospital's report, where the post mortem of the late actor had taken place. In a rather shocking revelation, the report also said that there wasn't enough light in the mortuary when the post mortem had taken place, pointing vaguely to the discrepancies. It was on September 7, 2020, that the team from AIIMS had conducted viscera test to check for poisoning in SSR's death. 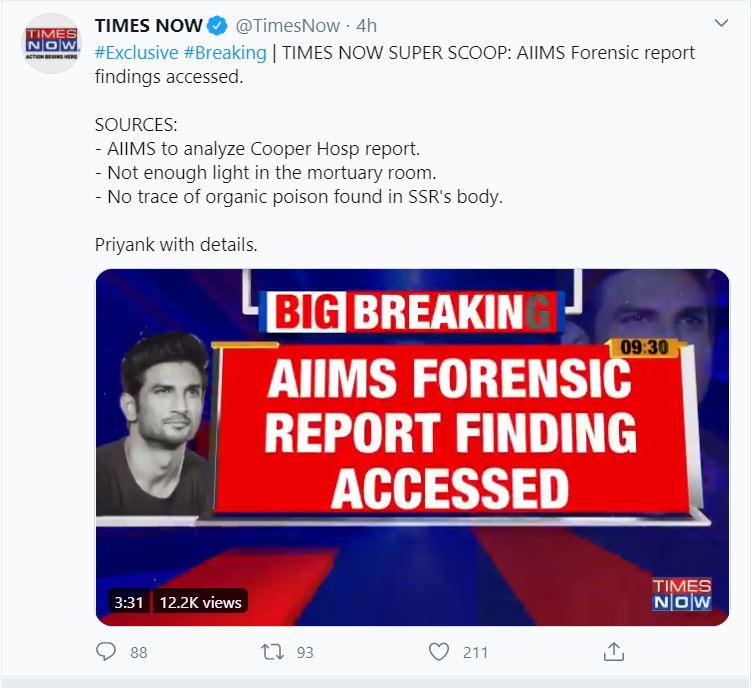 According to The Times Of India, the chairman of AIIMS' Forensic Medical Board, Dr Sudhir Gupta commented on the forensic report and said, "AIIMS and the CBI are in agreement on the Sushant Singh Rajput death case but more deliberations are needed. There is a need to look into some legal aspects for a logical legal conclusion in due course of time. It will be totally conclusive." 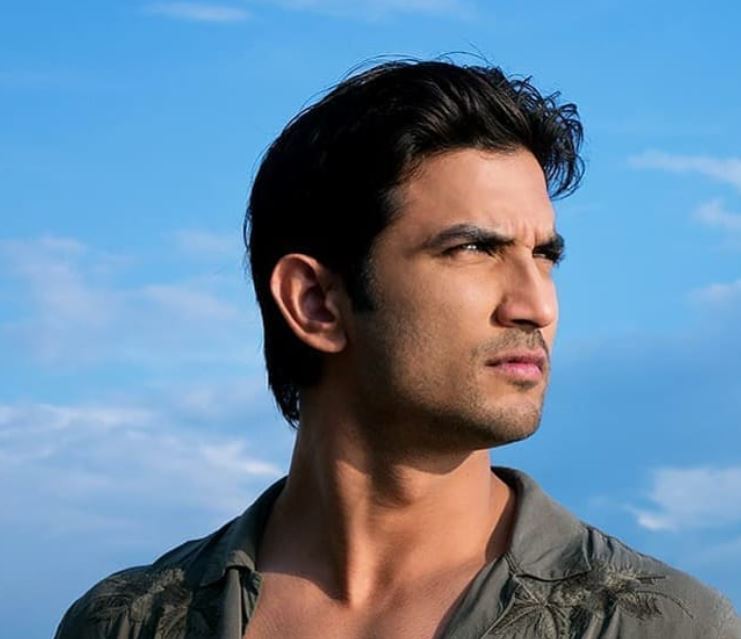 On the other hand, Sushant Sigh Rajput's family's lawyer, Vikas Singh had claimed on Twitter, "The Doctor who is part of AIIMS team had told me long back that the photos sent by me indicated 200% that it's death by strangulation and not suicide." In response to which, Dr Sudhir Gupta had told Times Now, "Can't make an opinion by seeing marks." (Also Read: Rhea Kapoor Shares Throwback Pictures With Beau, Karan Boolani And It Is All About 'Forever Love')

In yet another twist, the driver of the ambulance, who had carried Sushant Singh Rajput's mortal body to the hospital is not ready to budge from his statement that Sushant was murdered. Talking to Times Now, the driver reportedly alleged that even though no poison was found in his body, it is definitely a case of murder. He said that there is no way that the actor's leg could have been broken if he had hanged himself. Elaborating further, he said the lights are quite dim in the post mortem room during the night, but it is bright in the daytime. He also went on to say that although he has no idea what conspired inside the post mortem room, he is sure that the actor's death was murder and not suicide. 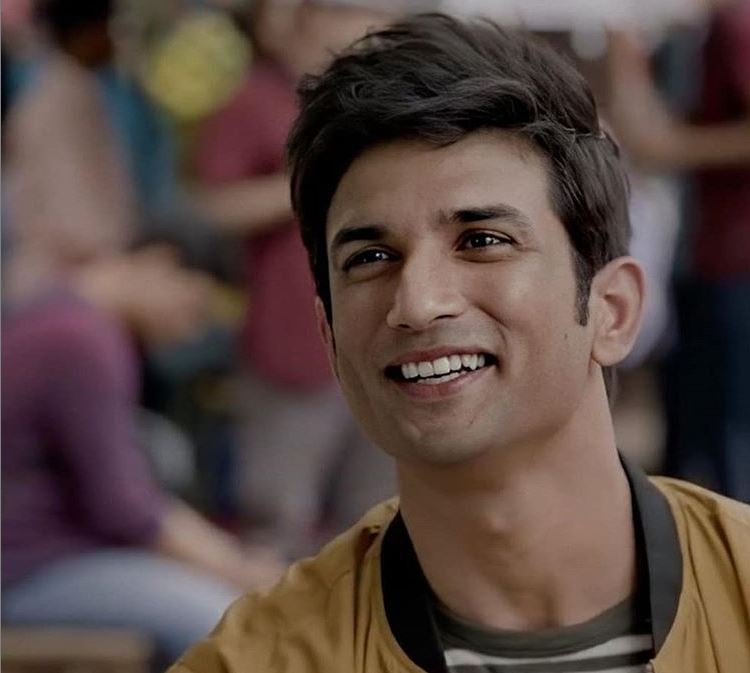 If the reports are to be believed, the CBI might shift its focus of investigation from murder to abetment of suicide, although no confirmation has come officially. Well, let's just hope and pray that come what may, our beloved Sushant gets justice! (Don't Miss: Ram Kapoor Shares An Old Picture With Wife, Gautami, Exuding New Couple Vibes In 2000s Fashion)