Zaheer Khan and Sagarika Ghatge got married recently in a silent affair in court marriage on November 23, 2017. Former Indian cricketer and Chak De! India actress earlier got engaged on May 23, 2017.

Quite clearly, it was party time post their court marriage. And so, on November 27, 2017, Zaheer and Sagarika hosted a grand wedding reception party at Taj, Colaba in Mumbai. The party witnessed a coming together of film fraternity and cricketer world. 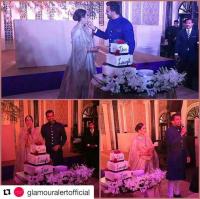 A few celeb names who added grace and charm to the occasion included, Virat Kohli, Anushka Sharma, Shilpa Shetty, Bina Kak, Arshad Warsi, Chitrashi Rawat, to name a few. From the cricketing side, we had Sachin Tendulkar, Yuvraj Singh, Harbhajan Singh, Ashish Nehra, Ajit Agarkar, Virender Sehwag, among many others.

Also Read: There Is A Connection Between Deepika In 'Padmavati' And Bride-To-Be Aashka Goradia, Know How 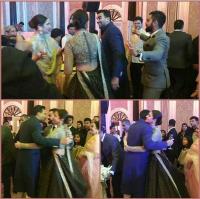 Now, recently we brought to you the story of how lovebirds, Anushka and Virat, burnt the dance floors with their insane dance moves! Read that story here.

And now, we’ve another party animal whose dancing video has surfaced online and it’s taking the internet by storm. We’re talking about none other than Ashish Nehra.

We all know that no Indian dance floor can be complete without anyone doing the hook step of the famous naagin dance. And who better than Nehra Ji to slay it? And he did slay it! When Yuvraj Singh and the boys were storming the dance floor, Nehra Ji walked in and totally took over the dance floor. Later, he invited Sagarika, and together they nailed it.

Check out these video here:

Isn't this the funniest video from Zaheer and Sagarika wedding reception? There is no doubt that be it on the field or anywhere else, Nehra Ji never fails to entertain us. What do you say? Do let us know in the comments section below and stay tuned in here for more updates on your favourite celebs.