After 5 Months Of Divorce, Himesh Is All Set To Get Married For Second Time With His Live-In Partner

After 5 Months Of Divorce, Himesh Is All Set To Get Married For Second Time With His Live-In Partner As much happiness with the advent of new celeb babies and new announcements of marriage that the year 2017 has been bringing, fans seem to be rejoicing a lot. But, on the contrary, there has been recurring sad news as well. First, we saw heart-breaking divorces of Arbaaz Khan and Malaika Arora, and then Farhan and Adhuna Akhtar.

Recommended Read: Shefali's Love And Parag's Caring Nature Attracted Them, And So They Tied The Knot

Now, just recently another Bollywood celeb got divorced. We’re talking about the playback singer, music composer and actor, Himesh Reshammiya. He was married to his estranged and ex-wife Komal, but on June 6, 2017, they officially got divorced. It is to be noted here that Himesh and Komal have a son, named Swayam. 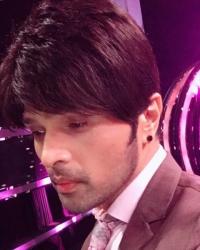 There were speculations that Remix, Kaisa Yeh Pyar Hai and Sati fame actress, Sonia Kapoor, was the reason behind Himesh and Komal’s divorce. Read the full story here.

But that's not it all! As per reports in SpotboyE, it seems that Himesh and Sonia are all set to marry and start their marital life afresh. As per SpotboyE, a source, close to Himesh, was quoted as saying:

"As of now, Himesh is tied up with work, but he and Sonia are planning to get married next year. The family likes Sonia a lot."

Earlier it was reported, according to the online portal, that Himesh is currently in a live-in relationship with Sonia. In fact, when they approached him and asked if he is ready for a second marriage, he simply and bluntly said, “No”. He seemed upset with the question.

Also Read: Having Moved In A Live-In Relationship, This Is When Ashmit And Maheck Will Get Married

The source was quoted as saying:

“In fact, Himesh’s son Swayam is very close to Sonia and both are on very good terms. Swayam also visits them regularly.”

Suggested Read: 'Adhuri Kahaani Hamari' Actress Is All Set To Tie The Knot In The December

You May Like: Famous Actor Swapnil Joshi Married Twice In Real Life And Both The Ladies Are Dentists

Earlier, Himesh accepted his divorce and in a media interaction, was quoted as saying:

“Sometimes in life, mutual respect becomes the most important, and giving due respect to our relationship, Komal and I have amicably decided to part ways... There is no problem whatsoever with this decision among us and our family as every member respects it. Yet, Komal is and will always remain a part of our family and I will always be a part of her family.” 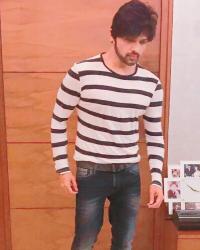 So, here we’re! It seems that both Himesh and Komal have amicably moved on in their separate ways. Divorces can be tough, but we really hope that Himesh soon marries Sonia and get settled. What do you think? Do let us know in the comments section below.

Next Read: Alka Yagnik And Her Husband are Living Separately For More Than 25 Years And They Are Still In Love