It is rightly said that marriages are made in heaven! In some way or the other, you end up meeting your soulmate, to never part again! The same thing happened with this cutesy couple of small screen!

Recommended Read: Monalisa Has An Answer For Everyone Who Called Her Marriage On 'Bigg Boss' Fake 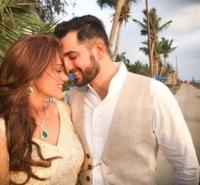 We are talking about newly-married couple, Siddhant Karnick and Megha Gupta. Siddhant of Ek Tha Raja Ek Thi Rani fame and Megha of Dream Girl fame tied the knot in a simple ceremony on August 16, 2016.

Siddhant and Megha’s wedding was a low-key affair due to Megha’s father’s sudden demise. The couple had planned for a big fat wedding but due to this tragedy, they ended up having a court wedding. 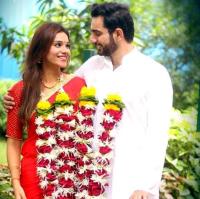 Well, after almost 5 months, the couple decided to marry again! No, not to someone else, but to each other again! Yes, the couple recently had a lavish destination wedding in Nasik, to celebrate their bond of love. 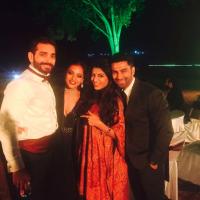 It was only through their friends’ Instagram handles that we came to know about this secret wedding! Only close friends were invited at the do! 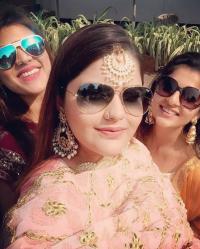 Both Megha and Siddhant were looking gorgeous in their dulha-dulhan avatar, wearing orange attires! The already married couple was looking super-happy! It was a day wedding with a proper baraat, followed by reception. 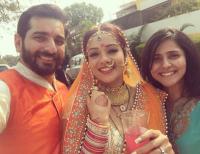 It was a proper Punjabi wedding, and what caught our fancy was the bride’s entry! Megha entered on a bullet and stunned everyone!

For all those who don’t know, Siddhant and Megha were dating each other for quite a long time and it was only a year before their wedding that they made their relationship public. 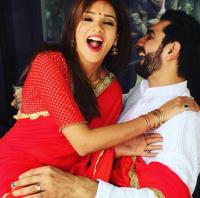 On being asked about the same in an interview, this beautiful actress said:

"I am in a very happy phase of life. We had always bumped into each other at various events but only shared pleasantries. But last year, when we met at Vivian-Vahbiz’s party, something clicked. It’s been almost a year now that we are together."

Recently, Siddhant posted a beautiful picture of his wife's mehendi, with an adorable caption. Take a look: 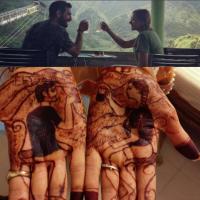 “A Picture says a thousand words..

But when put into mehndi..

A thousand emotions were spelled on me.

Recommended Read: 10 Popular Television Actors Who Are Younger Than Their Wives