Aditya Nayaran Has The Best Father's Day Wish From 4-Month-Daughter, Tvisha, Plants Kiss On Her Head

In a collaborative post of Aditya Narayan and his four-month-old baby girl, Tvisha, we can see a priceless moment shared by the daddy and the daughter duo on Father's Day. Check out!

Indian singer and actor, Aditya Narayan and his ladylove, Shweta Agarwal had welcomed their first child, a baby girl, whom they named Tvisha into their lives on February 24, 2022. Since then, the doting parents have been enjoying every moment of their parenthood journey and keep on sharing mushy glimpses of the munchkin. June 19, 2022, marked the first Father's Day of the baby girl with her daddy, and the priceless picture of the duo is winning millions of hearts on social media.

On March 10, 2022, Tvisha's doting daddy, Aditya Narayan had shared the first picture with his newborn baby. In the photo, Aditya was seen holding Tvisha with his hand while the munchkin was seen sleeping peacefully in her daddy's arms. She was wrapped in a white animal-printed swaddle and had looked cute as a cotton ball. Along with it, Aditya had also written a heartfelt note to announce that he had taken a break from the digital world and would spend the next few weeks with his daughter. His caption could be read as:

"Grateful, lucky, blessed! Going to spend the next few weeks with my angels. See you soon, digital world." 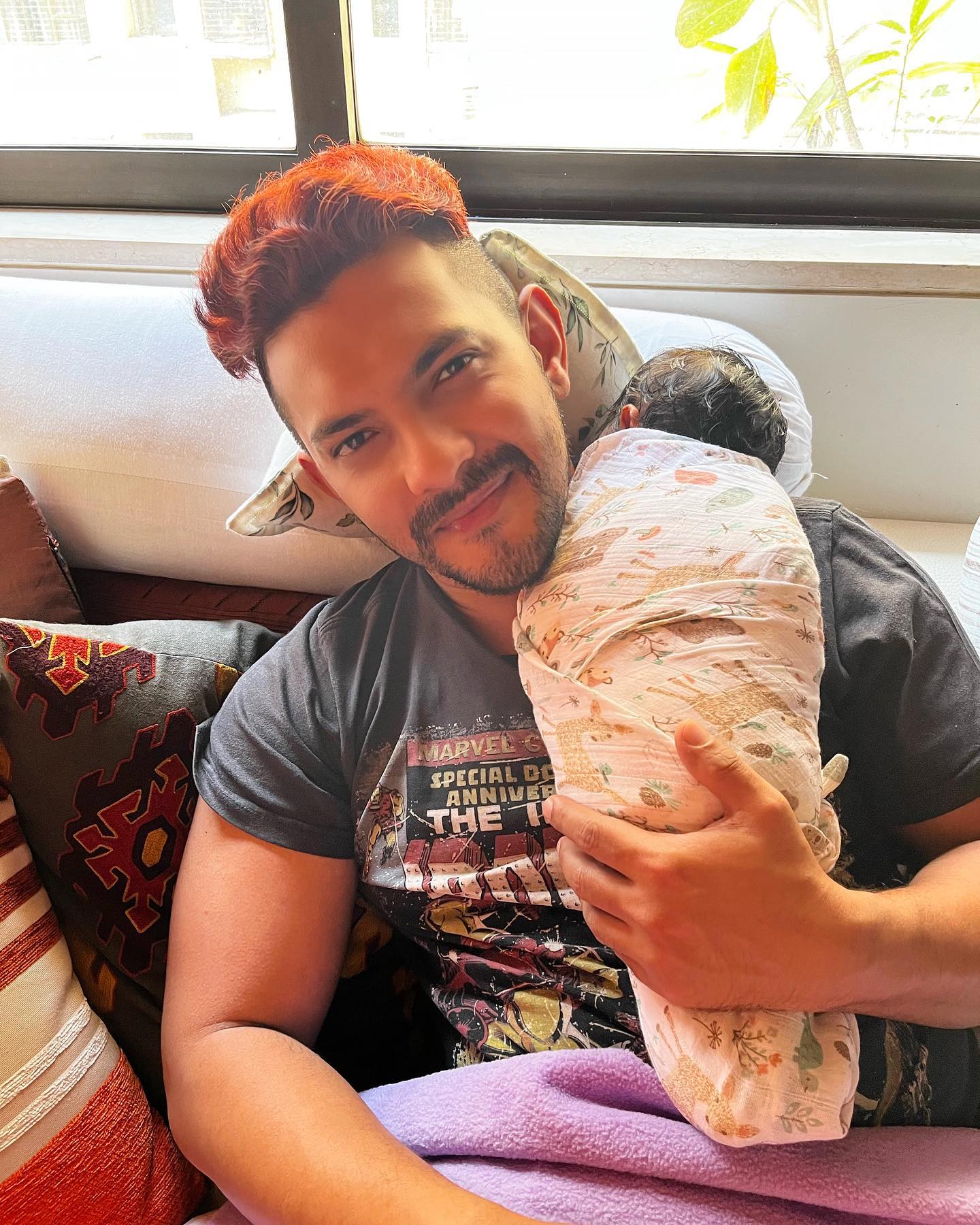 A few moments back, Aditya Narayan's daughter, Tvisha in a collaborative post with her daddy, wished him in the best way on Father's Day. In the priceless picture, the daddy was seen wearing a navy blue-coloured T-shirt paired with a red jacket, while he was planting a kiss on his cutie daughter. On the other hand, the little one was seen wrapped in a white onesie while lying on her father's lap and laughing with a wide-open mouth. Along with the beautiful picture, the caption can be read as: 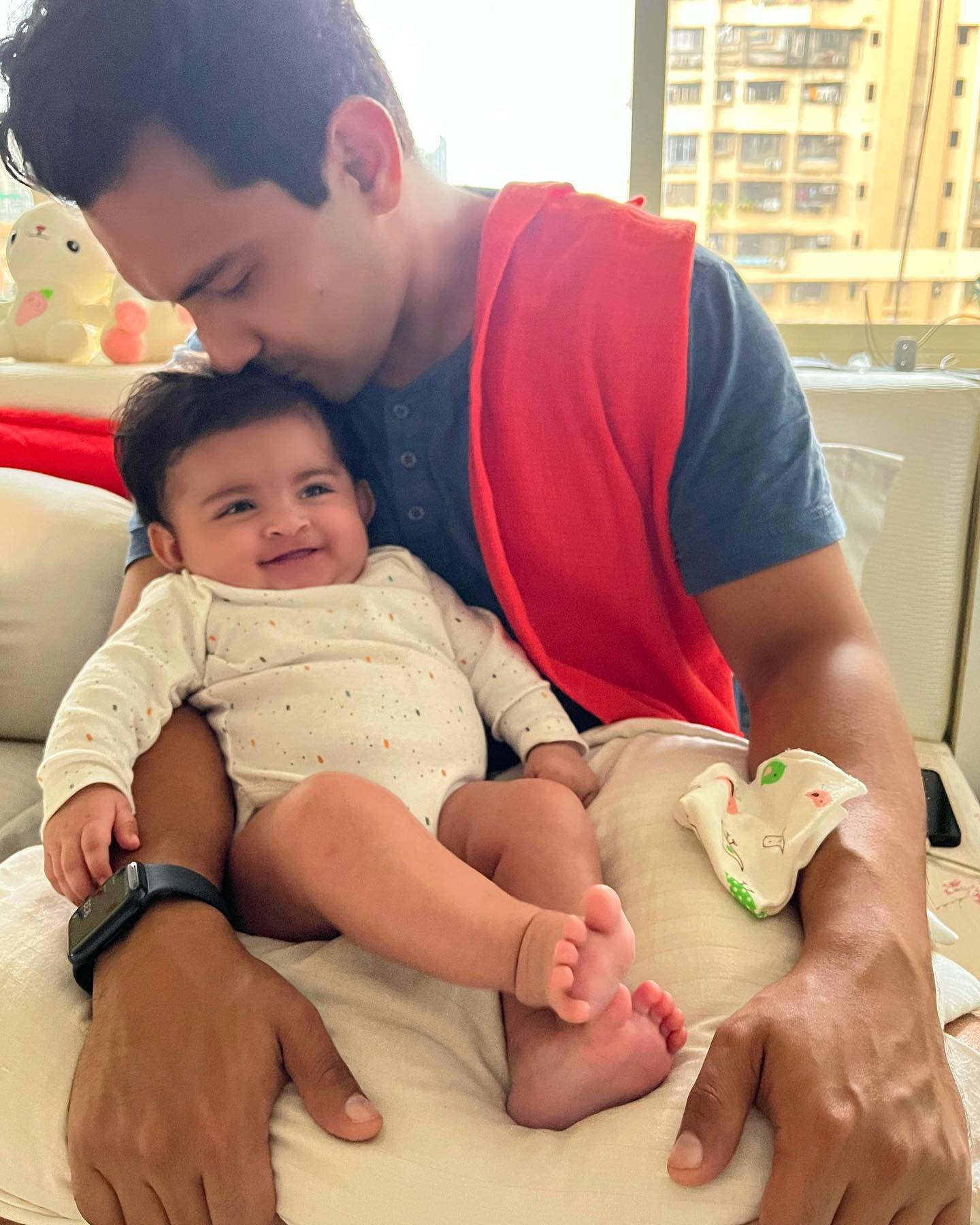 Ahead of father’s day, Aditya Narayan had opened up about his parenthood journey so far in an interview with the Hindustan Times. The loving newbie daddy had shared that he often gets the fear of missing out when outside the house. He had mentioned that his daughter, Tvisha doesn't know how to crawl but attempts to walk, which swoons his heart. He had said:

“She is too cute and we often play a lot. She is developing her personality. When I return from an assignment, I always feel like she has grown up a lot. I am a FOMO dad and feel like I am always missing out. Since the past few weeks, she is staying awake for longer and seems to be observing a lot. She is in a hurry to grow up, it seems. She hasn’t started crawling yet but attempts walking. She might just start walking one day. I am enjoying being with her and playing.” 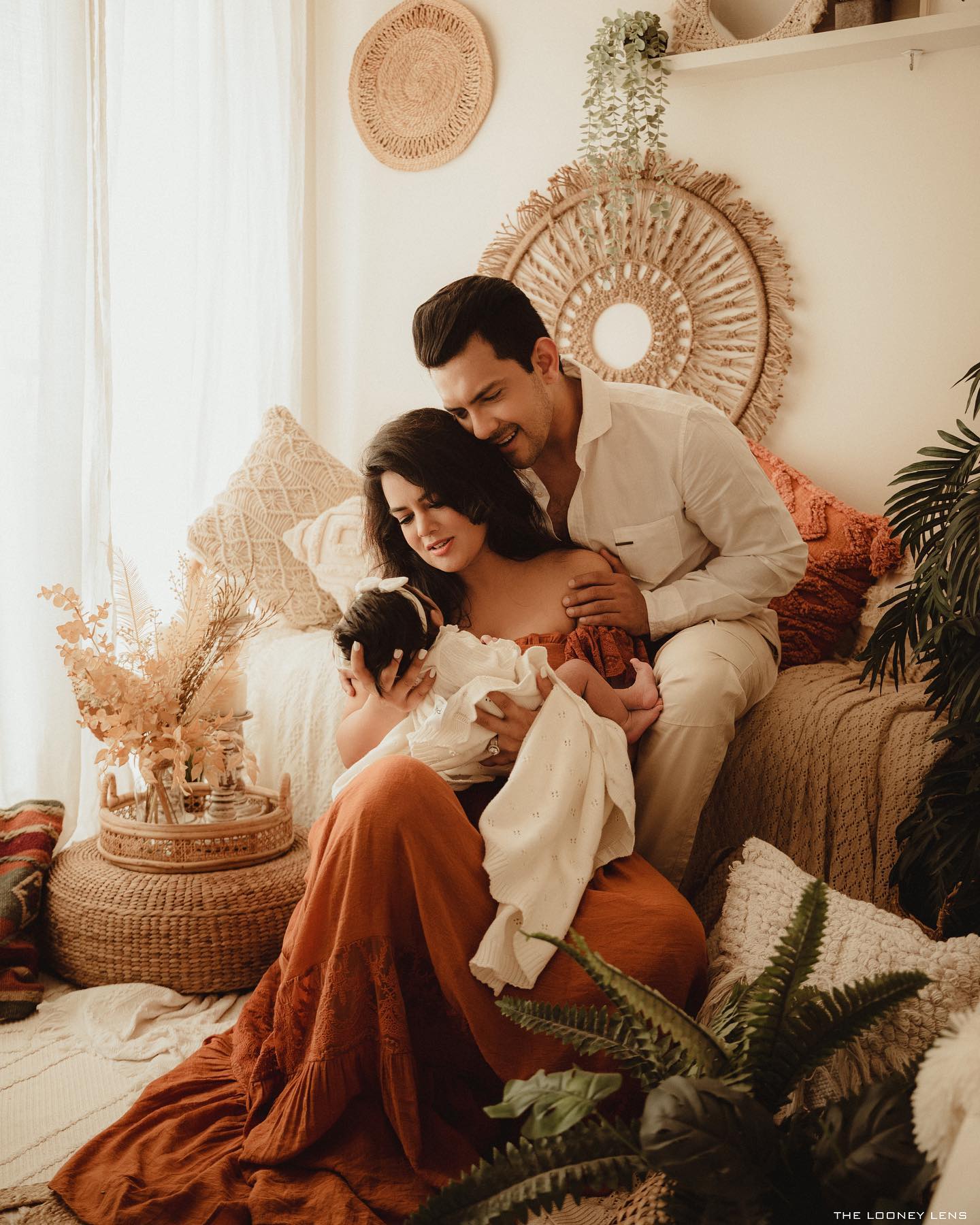 Further in the conversation, Aditya had shared the secret behind his successful career. He had mentioned that being around influential female ladies like his mother, Deepa Narayan Jha, his wife, Shweta Aggarwal Jha, his daughter, Tvisha and his female dogs, it has proved to be lucky for him. Aditya could be quoted as saying:

“And having a daughter is even more so. I am surrounded by female energy with my mum, wife, grandmother, daughter and three female dogs. Maybe that’s why there is so much prosperity.”

Also Read: Madhuri Dixit Decodes The Role Of A Father, Shares Cutesy Pictures Of Hubby, Shriram With Their Sons We love Aditya and Tvisha's priceless picture from their father's day celebration!

Next Read: Debina Bonnerjee Shares A Note For Hubby, Gurmeet On First Father's Day After Becoming A Dad