After announcing his year-end wedding with Shweta Agarwal, Aditya Narayan opens up on the financial struggles he has been facing due to the lockdown and that he is left with 'Rs 18000 in account'.

Do you remember Salman Khan’s son, Kabir Dhanrajgir in the film, Jab Pyaar Kisise Hota Hai or Mahima Chaudhary’s brother, Potla in Pardes? Okay, let us give you a hint. He grew up to be a famous singer, following his father’s footsteps. We are talking about the Chota Bachcha Jaan Ke singer, Aditya Narayan, son of legendary singer, Udit Narayan. Despite making his debut as a child actor in the film industry, Aditya had chosen to follow his father’s footsteps and made his flourishing career in singing. We have seen him on the silver screen since he was eight and today, all grown-up, Aditya is all set to tie the knot with his long-time ladylove, Shweta Agarwal. (Also Read: Is Neha Kakkar Marrying Rohanpreet? Confused Vishal Dadlani Asks For Clarification On 'Nehu Da Vyah')

Aditya Narayan had made his debut as a male lead in 2010 with Shaapit, and it marked as a new beginning for him in his personal life. It was on the sets of the film where Aditya had met the love of his life, Shweta Agarwal, who was playing the female lead role in Shaapit. Aditya and Shweta had hit off instantly but it was gradually that love blossomed between them and the couple had managed to keep their relationship a secret for 10 years. It was only a few days back when Aditya had not only admitted his relationship with Shweta but has also announced their November/December wedding. The pandemic 2020 had resulted in unimaginable hardships as millions have been living a jobless life from the past few months and are staring at their grey future. Aditya Narayan is no different as he revealed that he had literally finished his savings during the lockdown. Speaking about his financial struggles, Aditya said in an interview with Bollywood Bubble, "If the government extends the lockdown even further, people will start dying of hunger. My whole savings are depleted. I’ve literally finished my savings. All the money I had invested in Mutual Funds, I had to withdraw all of that (to survive). Because nobody had planned that I wouldn’t be working for a year and yet chilling it out." Revealing that he is left with only Rs 18000 in his account and if he doesn’t get work in October, he would have no money, Aditya Narayan continued, "Nobody plans it like that. Unless you’re like some billionaire. So, there is no choice. Like I’ve Rs 18,000 left in my account. So, if I don’t start working by October, I would have no money. I would have to sell off my bike or something. It’s really tough. At the end of the day, you’ve to take some harsh calls. When you take those harsh calls, there will be a certain section of people who will say that this decision is incorrect." (Also Read: Mohena Kumari Shares 'Haldi' And 'Shaadi' Pictures On Her 1st Anniversary With Hubby, Suyesh Rawat) Aditya Narayan had spoken about his love story with Shweta Agarwal and revealing that they are planning to tie the knot by the end of this year, he had said in an interview with The Times of India, "Like every relationship, we have seen a lot of ups-and-downs over the last 10 years. Marriage is just a formality between us now, which hopefully should also happen by November or December. My parents know Shweta and like her a lot. I am happy that I have found my soulmate in her. I met Shweta on the sets of 'Shaapit', and we hit it off instantly. Slowly and gradually, I realised I was head-over-heels in love and started pursuing her. Initially, she wanted to be 'just friends', because we were both very young and needed to focus on our careers." Reacting to the throwback rumours of his ugly spat and a bitter breakup with Shweta Agarwal, Aditya Narayan had said, "I remember a few years ago, how people had assumed that Shweta and I had a big spat on the street and had broken up. After that, it was so difficult for me to even go out with her. I accept that there can be issues in a relationship, but that doesn't mean it's the end of the road. Marriages break these days easily, so we were both taking our time to know each other. Now, after a decade, I feel it is the right time to take the plunge." (Also Read: Bigg Boss 14: Kumar Sanu's Son, Jaan Kumar Reveals The Girl He Likes In The Show, Calls Him 'Bhai') 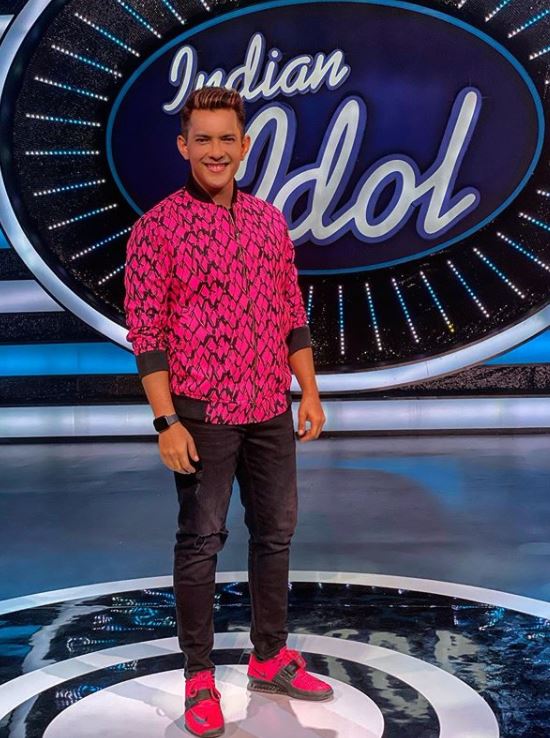 The struggle has been real for everyone during the lockdown and we hope everything sorts out soon!