After having an ugly breakup with Bollywood actress, Kangana Ranaut, Adyayan Summan has moved on in his life. Currently he is dating ex-Splitsvilla contestant, Maera Mishra. It is said that love can happen anywhere, anytime and with anyone. When two people are meant to be together, they will meet by hook or by crook, and will soon fall for each other. Something like this has happened to Shekhar Suman’s son, Adhyayan Summan. After having a bitter breakup with Bollywood actress, Kangana Ranaut, Adhyayan has found solace in ex-Splitsvilla contestant, Maera Mishra.

Confirming the news that the they have found their soulmates in each other, Maera had told BollywoodLife, "Well, it is quite visible on social media, but we really don't wish to talk more about it. I've known him for a while." On the other hand, Adhyayan kept it simple saying, "We are good friends and are quite close." (You May Also Like: 'Uttaran' Fame Tinaa Duttaa Reveals She Would Take Break From Acting If She Finds Her Mr Perfect) 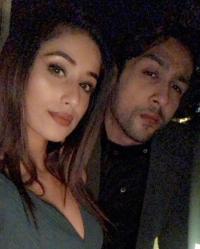 Two days earlier, on April 17, 2019, it was Maera’s birthday and the doting boyfriend had taken to his official Instagram handle to wish her. Sharing the below picture, he had captioned the post as, “Hey sunshine happy bday @maeramishra ..u r special ! God bless u .. spread light and love the way you do every single day in my our lives .. love and hugs .AS #soniyoforever.” 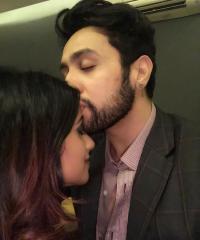 To which, Maera had lovingly replied with a comment that had stated, "Thanks for making my birthday so special Thanks for being there in every situation, You are the best person I’ve ever met, You are all that I ever wanted, You are perfect. All i wanna say is that i love you and will always do #soniyoforever.” (Also Read: Taimur Ali Khan's Latest Casual Outfit Proves He Loves Dinosaurs Like Every Kid, Video Inside)

Earlier, when the buzz was that he was in love with a Doctor, he was quoted as saying, "I am in a great space right now where I don't even care what people think about." Adding further, he had stated, "I am not going to sit and complain who hasn't given me a break or treated me like shit, no yaar. It's a batter and you win it however you want to. If it's written in your destiny and meant for you, you will get it." (Checkout: Neena Gupta Had Told Masaba Gupta She Would Never Become An Alia Bhatt With Her Looks) 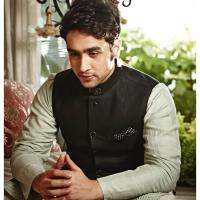 In an interview with an online portal, when he was asked about his probable new-found love, he had remarked, "My girl whom I call Doctor Saab has changed me. I cannot reveal who she is as I would like to respect her privacy. She met me at a phase when I was going through a lot of negativity and doing things which weren't about me. I am happy being in love. For me, it was important to move on from the dark space I have inhabited for the last few years after my breakup.” In another interview when he was quizzed if he has forgiven the Queen actress, Kangana as he wants to move on in life, this is what he had mentioned, "Yes, I have forgiven Kangana completely. Being in love with the right person has helped me to forgive, forget and move on in life. The song I have sung, Mainsaare in chadiye, is an example of that fact and my answer to everybody out there. Kangana for me is history. I don't remember or want to remember anything now. I want to seriously move on- be it love, work, have a family, love my parents and give them everything I should... Let me just flow in the wind." (Do Read: Sharad Malhotra Dances On 'Aankh Marey' With Soon-To-Be-Wife, Ripci Bhatia [Video Inside])