From Tina Munim To Isha Ambani, Abu Jani Sandeep-Khosla Have Decked Up Countless Brides In 35 Yrs

On the 35th anniversary of Abu Jani and Sandeep Khosla's luxury brand, let us take a look at how their style story began, and a glimpse of the celebrity brides they have decked up. Check it out!

The love of creating extraordinary and aesthetically-pleasing ensembles had united two like-minded beings 35 years ago. They are the ones, who have literally seen the fashion industry taking the 180 degrees round in India. So when they met, they instantly felt the connection. The love for food, fashion and travelling forced them to create an extraordinary label that eventually became the soul of Indian fashion. Yes, we are talking about everyone's favourite designer duo, Abu Jani And Sandeep Khosla.

One look at their design catalogue, and you will realise that for them, designing is all about celebrating life. They loved their work so much that they had turned it into a business when no one knew much about the fashion industry. They have styled the Bachchans, the Kapoors and many more celebrities. 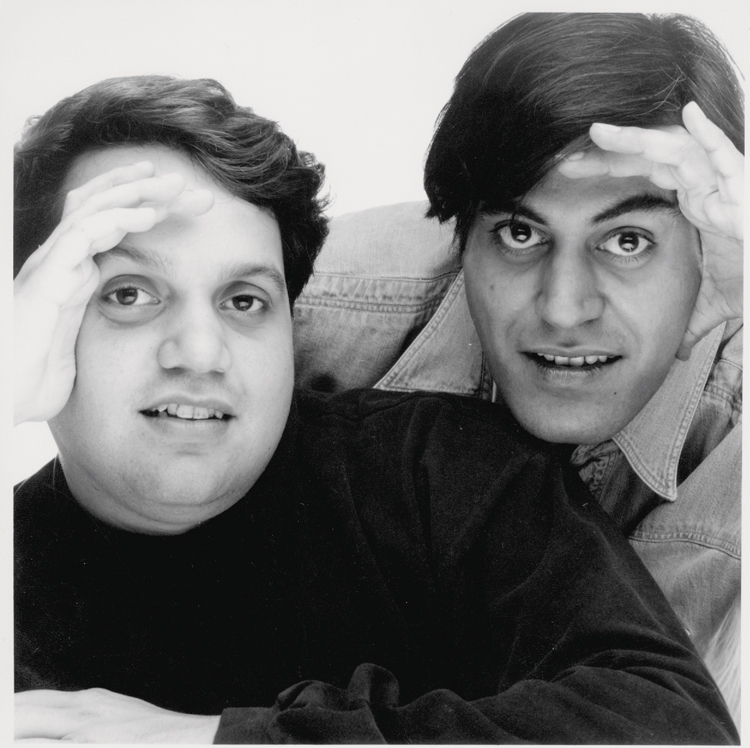 Abu Jani and Sandeep Khosla have completed 35 years of their business, and to celebrate the occasion, let us take a recap of their journey and their extraordinary life! 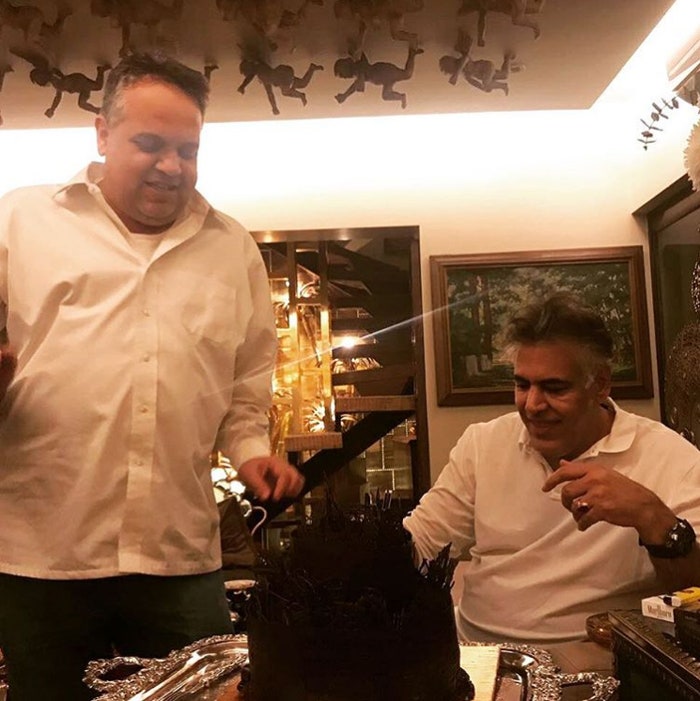 Abu Jani and Sandeep Khosla had met 35 years ago, on August 15, 1986. Ever since, they have not left each other's side, they had united with one purpose to create, curate and do what has not been done before. When Sandeep Khosla had first connected with Abu Jani, he was struggling with two jobs, so he tried to offer help, and that was the start of a remarkable journey. In an interview with Humans Of Bombay, Sandeep had shared the stepping stone of their remarkable journey. He had said:

"When we first met, the energy between us was magnetic. Our goals were uncannily similar & we discovered we’re both suckers for fashion, food & travelling. Before we knew it, we were heading to town for pizza! Abu was struggling with 2 jobs, so I offered to help -- that marked the start of our journey of creativity & friendship. We fit like puzzle pieces -- he was the quiet one & I, the loud extrovert! But our differences made us balance each other out."

From being ghost designers to being the in-vogue designer duo, Abu Jani and Sandeep Khosla! Not many people know Abu Jani has worked as ghost designer for many housewives. On the other hand, Sandeep Khosla had worked with the export house in Delhi. The duo's parents' had given them  Rs 50,000 each to start of their business. They had opened a first of it's kind store in Juhu, and had named their first collection, Mata Hari. The inspiration behind Mata Hari came from Abu's collection of old Hollywood postcards which he had inherited from his father. During a media interaction, Abu Jani and Sandeep Khosla had revealed that through clothes, they had met the renowned names of the glamour world. When they had first launched their collection, Mata Hari, the first person to walk through the door was none other than Dimple Kapadia. Then Jaya Bachchan became a part of their design journey. Abu Jani and Sandeep Khosla have decked up millions of brides so far in their illustrious career. However, the milestone was when they had designed a special ensemble for Tina Munim's wedding with Anil Ambani in the 1991. They had designed a beautiful lehenga in pure silk georgette fabric, sourced from Paris. 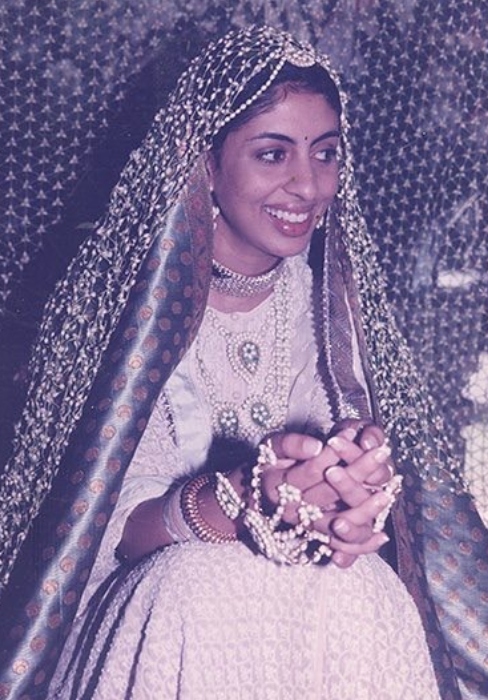 In 1997, Abu Jani and Sandeep Khosla had got the chance to deck up another pretty bride, and it was none other than Amitabh Bachchan's daughter, Shweta Bachchan. For her wedding, the designer duo had curated a white lehenga and had busted the myth surrounding the white and the Indian bride. 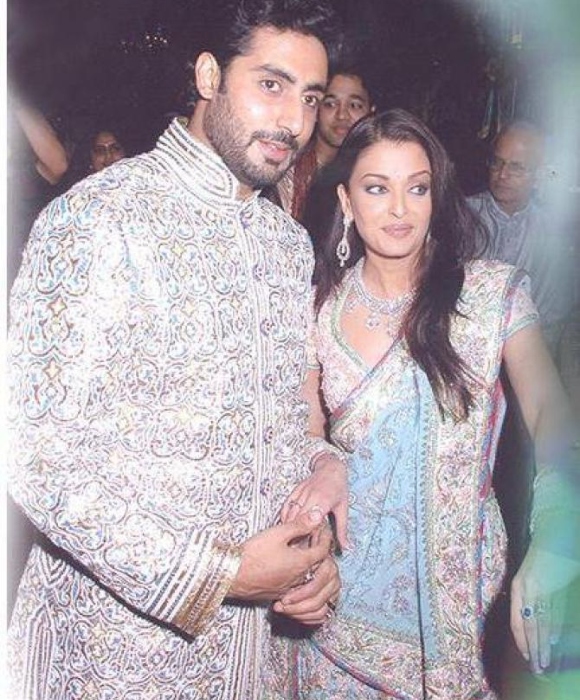 Abu Jani and Sandeep Khosla's magical weaves can also be seen in Aishwarya Rai and Abhishek Bachchan's wedding in the year 2007. Abhishek had looked like a royalty decked up in a intricate-embroidered sherwani. In fact, they had even made pastels look pretty a decade ago. 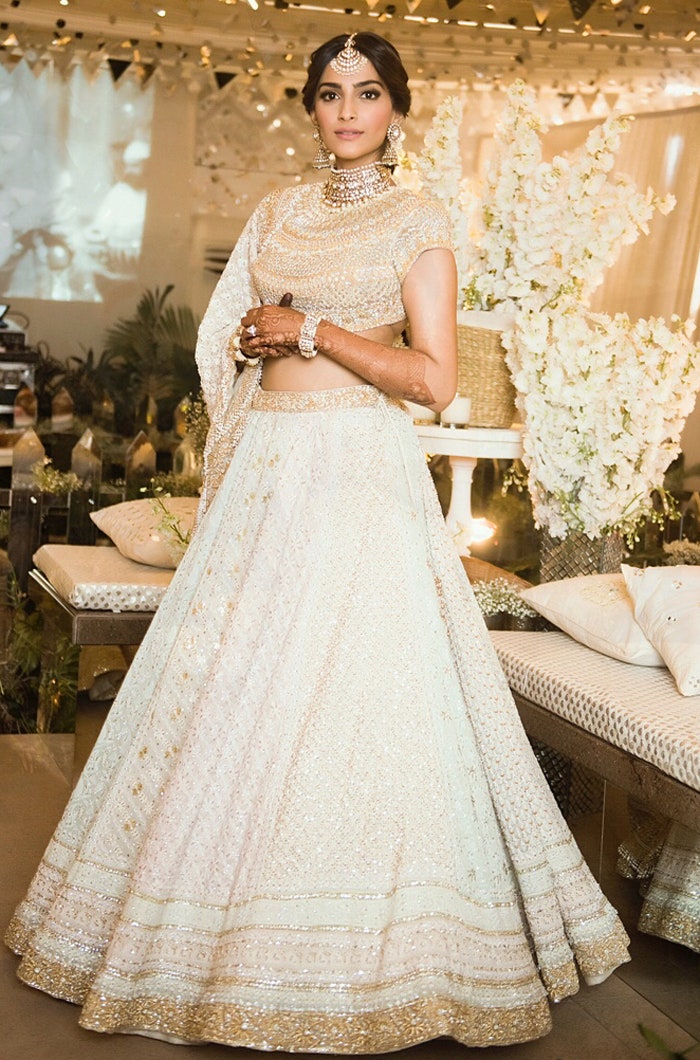 Sonam Kapoor is a forever muse of Abu Jani and Sandeep Khosla label. She had turned showstopper for the designer duo many times. In fact, she had ordered her mehendi outfit three years before her wedding from Sandeep Khosla-Abu Jani. Deepika Padukone and Ranveer Singh for their reception in Mumbai (2018)

After Sonam Kapoor, Deepika Padukone had stunned us with her wedding announcement with Ranveer Singh. After an intimate wedding in Tuscany, Italy, Deepika and Ranveer had hosted a couple of receptions for their family, friends and industry friends. In one of the receptions, Deepika had stunned us with a chikankari ensemble, which had taken 16,000 man-hours to be created. Priyanka Chopra had opted for the designer duo's larger than life outfits for three ceremonies. However, it was her mehendi lehenga, which is still loved by many. The colourful lehenga set had radiated the bridal glow and was a perfect pick for a colourful mehendi ceremony. Mukesh Ambani's daughter, Isha Ambani's wedding with Anand Piramal is still considered the grandest wedding of the century. After all, singing sensation, Beyonce had performed at the grand affair. However, other than the grand arrangements, it was Isha's wedding look that is still loved by many. The gorgeousness had donned an ivory and golden lehenga with heavily embellished embroidery. She had beautifully paired it with her mother, Nita Ambani's 35-year-old wedding saree. The stunning lehenga reportedly costs Rs 90 crores.

Well, Abu Jani and Sandeep Khosla are synonym of Indian fashion. They have seen the revolutionisation of fashion world. It won't be wrong to say that they are the flagbearers of rich Indian fashion.

Next Read: Radhika Merchant Slays Chikankari Lehenga By Abu Jani Sandeep Khosla And It's Worth A Million Hearts