We always rejoice when we hear of a cute celeb kid sweeping the mood of the entire nation. And we rejoice more when a new celeb kid enters the block. Yes, you guessed it right! We are talking about Bollywood director, Abhishek Kapoor and his Swedish wife, Pragya Yadav who embraced parenthood for the second time yesterday, i.e. August 28, 2018.

And now, Abhishek Kapoor has shared the first picture of his new-born baby on his Instagram handle with a caption which is so emotional that it would leave you teary-eyed. First, let’s read his caption which states, “I started my career as an actor and did a number of movies as a leading man. Many of them didn’t even see the light of day and the ones that did, failed miserably. Then I wrote a story called Aryan and made a shift to direction. That movie didn’t succeed either. I went back to work and made another movie which many thought would barely make a mark. On the 28th of August 2008, exactly 10 years ago, that movie, #rockon !! premiered and went on to succeed like no other that year and won 2 national awards”. (You May Also Like: Nora Fatehi Came Face-To-Face With Ex, Angad Bedi's Wife, Neha Dhupia, This Is What Happened Next) 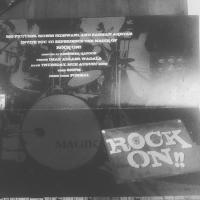 The post could be further read as, “I had finally got my head out of the water and could breathe. Today, exactly 10 years later to mark a #decade , my wife and I have been blessed with a baby boy. His mother is the strongest and most secure person I know. She came into my life cause a higher power willed it so and no one could have given me a better gift to mark this momentous day. The ease with which our son has entered this world carried the same confidence his mother has like a lion, in fact, he is a 1st amongst lions. His mother and I have decided to call him Shamsher #jaibholenath”. And now, take a look at Abhishek Kapoor and Pragya Yadav’s second baby: 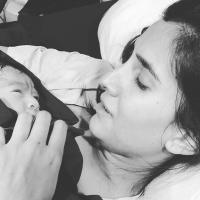 Yesterday, Abhishek Kapoor shared the happy news of the arrival of his second baby by sharing the following video and captioning it, “With the blessings of Lord Shiva, in the wee hours of this morning, my jaan @pragyadav has bought another bundle of joy into our lives. At 3.38 am today, 28 of August 2018, #isana ka bhaiya aa gaya . #jaibholenat. Both mother and son are doing fine and resting. It’s gonna be a madhouse with a lot more to go around #isanakafasana”.

Earlier, on May 25, 2018, Abhishek had announced Pragya’s pregnancy by sharing the following pic on his Insta handle and had beautifully captioned it, “This beautiful woman is set to bring in another bundle of joy into our lives.September couldn't come sooner. #comeseptember #isanakafasana #jaibholenath”. (You May Like: Arpita Khan Sharma Gets Trolled For Sharing Brother Salman's Ex, Katrina's Photo With Mom Salma) 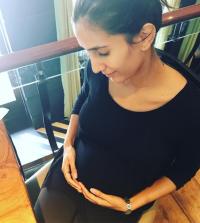 For those who do not know, Rock On and Fitoor director, Abhishek got married to Pragya on May 4, 2015, at ISKCON Temple, Mumbai. The couple started dating in 2013 and got engaged in the same year. Two years later, they were pronounced husband and wife, and since then the two have been giving major marital goals to their fans. 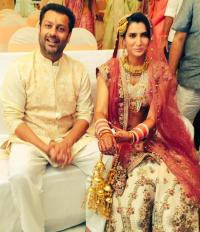 Both Abhishek and Pragya keep sharing the cutesy moments of their family on social media and make our day. Recently, he shared a pic of his wife and their first child, Isana and sweetly wrote, “Kiss of all kisses. Sometimes I get blessed with those intense power inducing kisses as well by this lovely wife of mine.. sometimes.. and they pack a punch. Thank u @radsmoolraj for these awesome pics and i love u long time baby. #isanakafasana”. (Also Read: Karan Patel On Ankita Bhargava's Miscarriage, Says It Was A Movie Which Didn't Release) 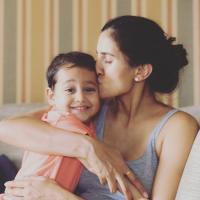 On Pragya’s birthday on June 29, 2018, Abhishek wished his wifey by writing on social media, “Happy birthday O blissful one. I love u beyond ”. And, he shared the following pic along with the caption: 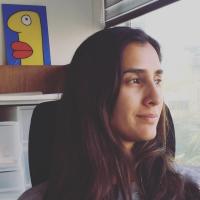 Well, this seems to be such a happy family, right? Guys, what do you think of Abhishek Kapoor and Pragya Yadav’s second baby’s first look? Do let us know in the comments section below.