To contradict and refute Shweta Tiwari's CCTV video, Abhinav Kohli shared a series of videos in an IG LIVE session and shared court orders, proving his innocence. In the end, he broke into tears!

The war between Shweta Tiwari and Abhinav Kohli is growing gruesome with every passing day since the actress had left for Cape Town for the shoot of Khatron Ke Khiladi 11. From Abhinav accusing Shweta of abandoning their son, Reyansh to the actress refuting the accusations and questioning his credibility, their war of words is ongoing and now, it has taken an ugly turn. Last night, i.e., on May 10, 2021, Shweta shared CCTV footage, proving how Abhinav harasses their son, Reyansh, and now, the actor has shared a series of videos and court orders in a LIVE session on Instagram to prove his innocence.

Abhinav and Shweta have been playing the blame game since 2019. With Abhinav starting the accusation and Shweta refuting them, it has become a normal course of life for them. Their social media handles are often used as a platform to prove their innocence and again, Shweta shared two videos to show how Abhinav harasses their son, Reyansh. On May 10, 2021, Shweta had shared her side of the story and had posted a shocking CCTV footage, revealing her estranged husband, Abhinav's real face. In the video, we could see Abhinav snatching their son, Reyansh from Shweta's arms. She also shared a video, where their son can be seen hiding from his father out of fear.

Now, Abhinav Kohli has hit back at Shweta during an IG LIVE session as he showed videos of how Shweta Tiwari tried to convince their son to go back to her home, in chronological order. Reyansh can also be seen saying that he doesn’t want to leave his father’s house and in other videos, he showed how the little one is close to his father. Abhinav also claimed that their son is more attached to him and Shweta is trying to take him away. Abhinav also addressed the CCTV footage shared by Shweta, proving his violent behaviour. He shared 4 videos from the same day, showcasing how Shweta had forcefully tried to take their son away and as Reyansh did not want to go, he had taken him back to his house. Later, he also shared that he himself sent Reyansh back to Shweta, breaking down into tears. He also shared a few court orders in his LIVE video.

Coming back to Shweta’s videos, she had captioned them as "Now let the truth Come out! (But this is not going to stay forever on my account, I will eventually delete it, I am posting this right now to reveal the truth, then it goes off.) This is why my Child is scared of him! After this incident my child was scared for more than a month, he was so scared that he would not even sleep properly at Night! His hand hurt for more than 2 weeks. Even now he is scared of his papa coming home or meeting him. I can’t let my Child go Through this mental trauma. I try my best to keep him calm and happy! But this Horrible Man makes sure my baby’s mental health goes back to Square one! If this is not Physical abuse then what is! It is the CCTV footage of my society." 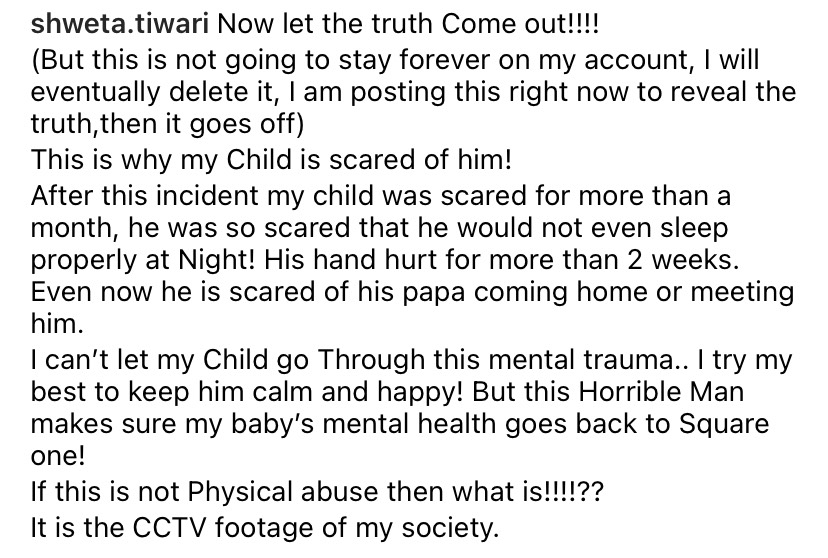 For those who don't know, it was in the year 2019, when the rumours of trouble in Shweta's paradise had made it to the gossip section of every newspaper. And it was confirmed when Shweta had filed a domestic violence case against her second husband, Abhinav Kohli. According to the reports, she had filed a case at Samta Nagar Police Station in Mumbai and Abhinav was immediately taken into police custody for 2 days. He was accused of using inappropriate language with his step-daughter, Palak. 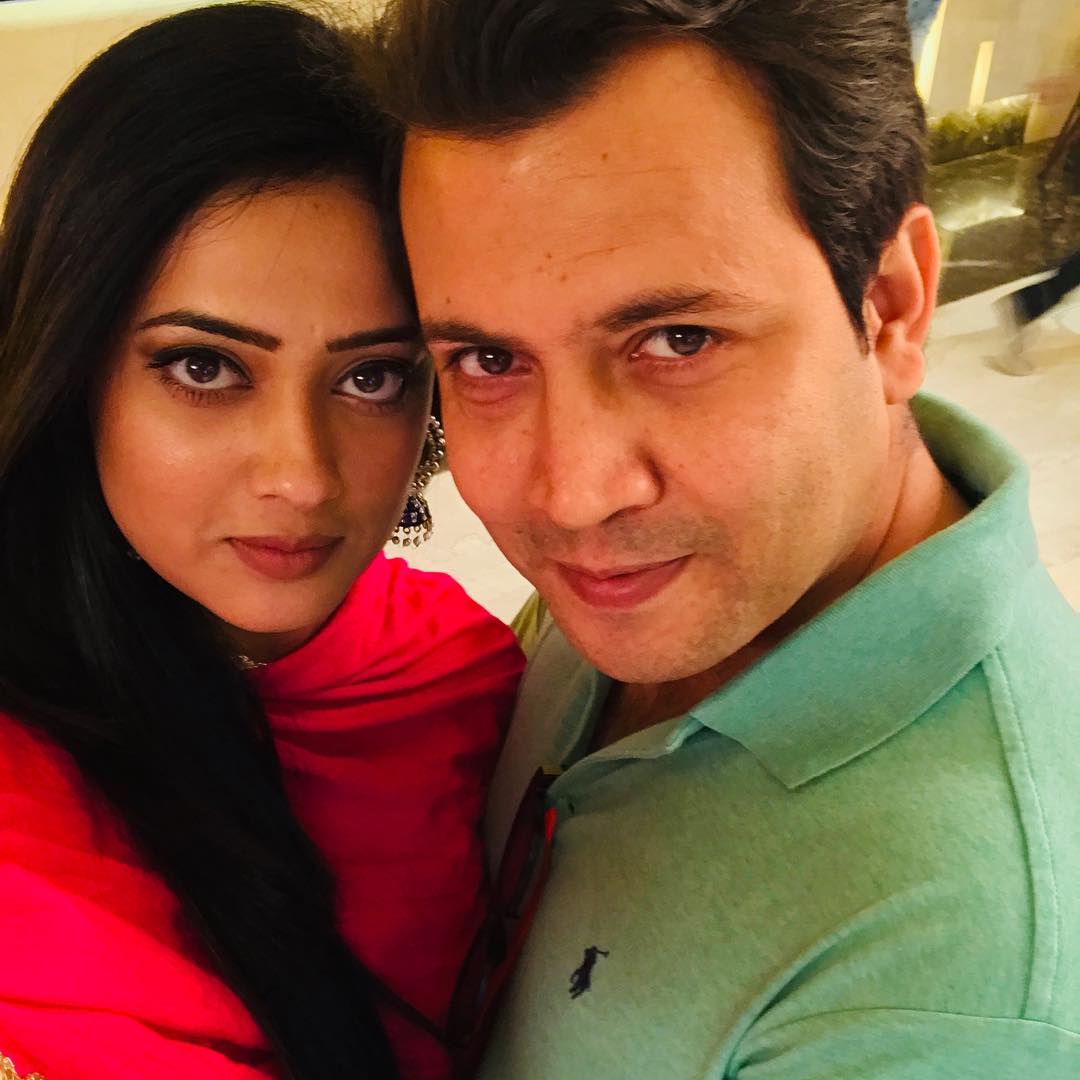 Our heart goes out to Reyansh, who has to deal with so much because of the troubles between his parents, Shweta Tiwari and Abhinav Kohli! 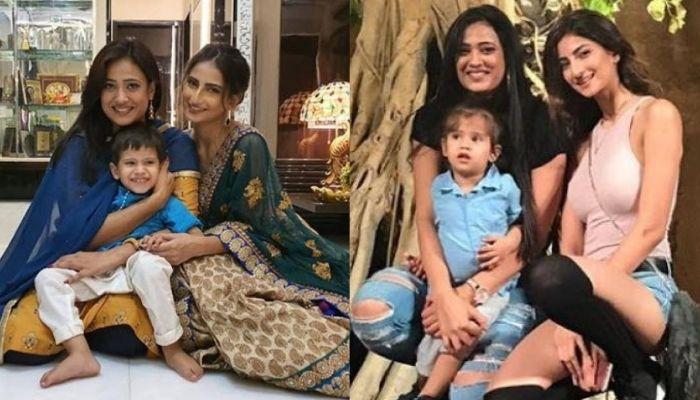 Shweta Tiwari’s life revolves around her two kids, Palak Tiwari and Reyansh Kohli. While Palak is her daughter from her first wedding with Raja Chaudhary, Reyansh is her son from her second wedding with Abhinav Kohli. Shweta has proved time and again that she can do anything when it comes