After announcing divorce from his wife, Kiran Rao, Aamir Khan is being brutally trolled by the netizens!

Aamir Khan had met Kiran Rao during the shooting of Lagaan where he was the lead actor and she was the assistant director. After dating for a while, Aamir and Kiran had tied the knot on December 28, 2005. The two had welcomed a baby boy, Azad Rao Khan into their lives in 2011 via surrogacy. When everything was going good in their life, the news of their separation came as a shock to the nation.

On July 3, 2021, Aamir Khan and Kiran Rao released an official statement announcing their divorce. Mentioning that they will co-parent their son, Azad Rao Khan, the statement read, “In these 15 beautiful years together we have shared a lifetime of experiences, joy and laughter, and our relationship has only grown in trust, respect and love. Now we would like to begin a new chapter in our lives – no longer as husband and wife, but as co-parents and family for each other.” 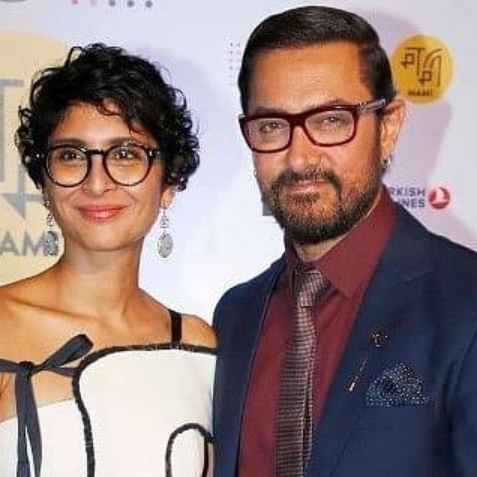 Soon after Aamir and Kiran announced their divorce, the social media was abuzz with the news. While some were sympathising with the couple, many started trolling them. From bashing the couple for making fun of the marital bond to questioning them for glorifying divorce, netizens left no chance to troll Aamir Khan. While one user wrote, “How beautifully divorce is glorified,” another one commented, “Shaadi Ka mazak bana Diya ... daughter life screwed and now sons life...” 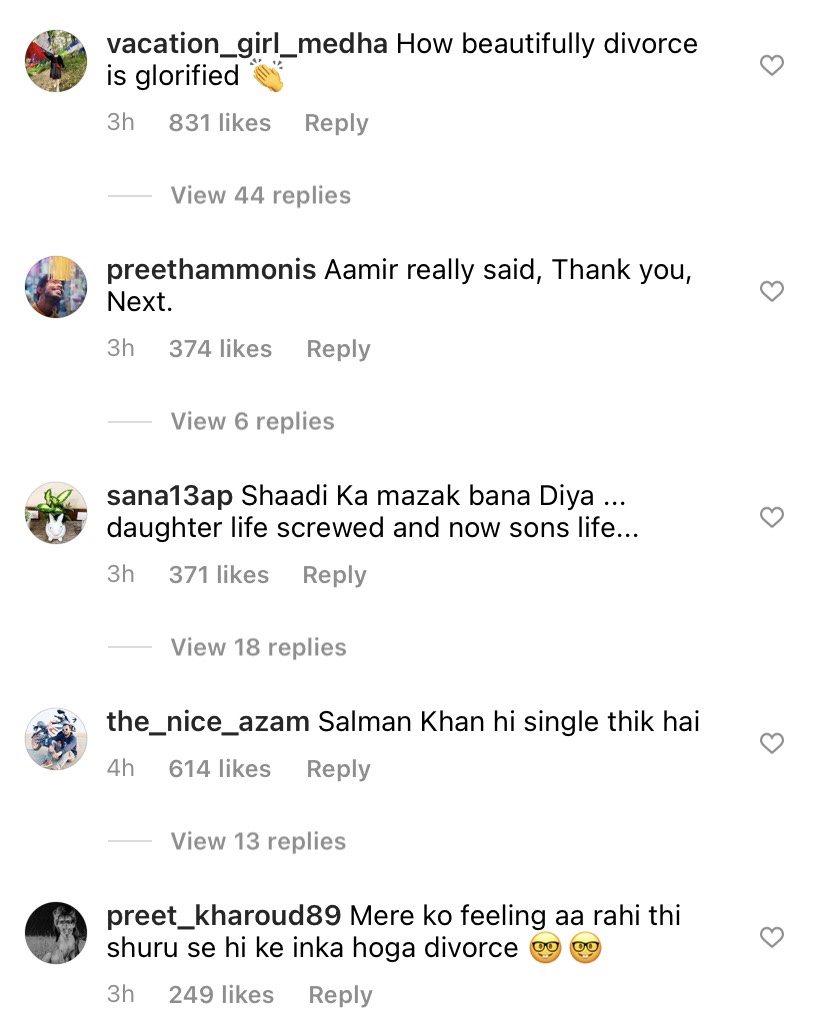 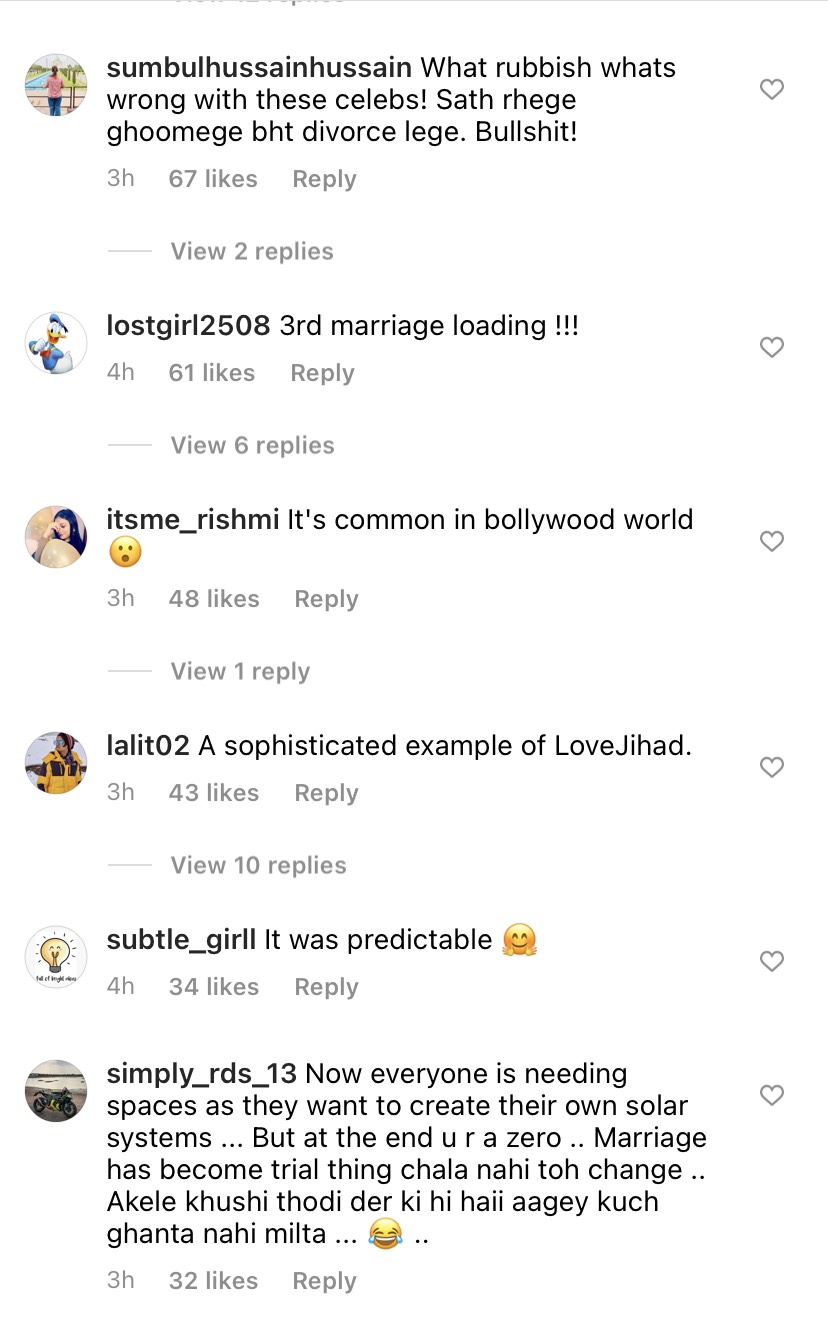 It was in 2018 when Aamir Khan was linked with his Dangal co-star, Fatima Sana Sheikh. However, the actress had refuted all the reports, Aamir’s divorce reports made the netizens drag Fatima too in the trolling. Netizens commented that Fatima Sana Sheikh must be the happiest person now. One user wrote, “Fatima Sheikh must be happy, another one commented, “Fatima khel gyi bc.” 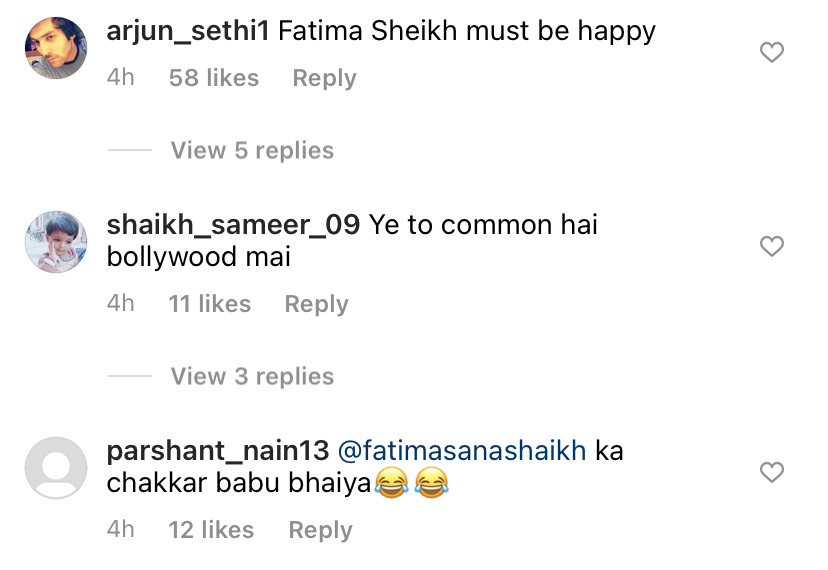 Coming back to Aamir Khan and Kiran Rao’s divorce statement, the two revealed how they plan to co-parent their son, Azad. It stated, “We began a planned separation some time ago, and now feel comfortable to formalise this arrangement, of living separately yet sharing our lives the way an extended family does. We remain devoted parents to our son Azad, who we will nurture and raise together. We will also continue to work as collaborators on films, Paani Foundation, and other projects that we feel passionate about.” 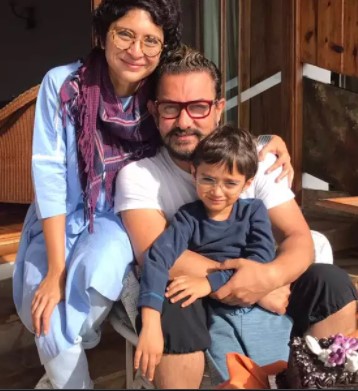 Thanking everyone for their support, Aamir and Kiran’s statement concluded, “A big thank you to our families and friends for their constant support and understanding about this evolution in our relationship, and without whom we would not have been so secure in taking this leap. We request our well wishers for good wishes and blessings, and hope that – like us – you will see this divorce not as an end, but as the start of a new journey.”

Don't Miss: Mira Kapoor Gets A 'Legend' Tag From Brother-In-Law, Ishaan Khatter After Surprising Him With A Gift 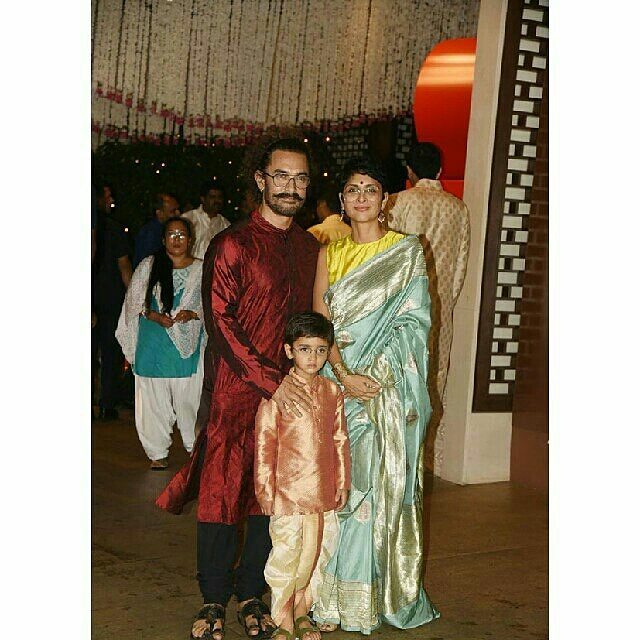 Aamir Khan was earlier married to Reena Dutta but got divorced after 16 years of marriage in 2002.