It is Aamir Khan’s daughter Ira Khan’s 21st birthday today (May 10, 2019) and exactly at midnight, the doting daddy took to social media to post a beautiful wish for her. A father and a daughter’s relationship- the one where one day, you see your daughter crawling and just learning to utter the word ‘papa’, and looks like it is the very next day when you end up doing her kanyadaan! Truly, daughters grow up faster than a father imagines, plus, the void that she leaves in his heart when she goes into another family- unimaginable! Well, we aren’t sure about the kanyadaan part (yet) but Bollywood superstar, Aamir Khan finding it unbelievable as to how his daughter, Ira Khan grew up so fast is every father ever! (Do Read: Chhavi Mittal Teases Her Fans About Her Last Night Before Her Family Would Become 'A Family Of 4')

It was Aamir Khan’s 54th birthday on March 14, 2019, and his beautiful daughter, Ira Khan had posted an all-smiles picture of herself and her father. What we could decipher from the picture, Aamir Khan was wearing a black jacket, with his daughter Ira by his side. Sharing the adorable picture, Ira had written, “To the coolest dad ever. Happy Birthdaayy!!” While we will share the picture below, see the role reversal when the celeb daddy took to Instagram to wish his daughter on her birthday. 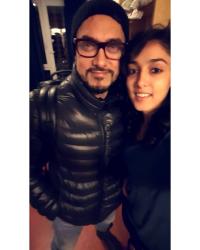 It is Aamir Khan’s daughter, Ira Khan's (from his first wife, Reena Dutta) 21st birthday today (May 10, 2019) and exactly at midnight, the doting daddy took to social media to post a beautiful wish for his daughter. Sharing a throwback childhood picture of the duo (the picture was clicked on January 21, 2005), from what looks like a Mangal Pandey shoot, Aamir is happily posing for the camera as Ira sits on his lap. The caption that he wrote along the picture could be read as, “Happy 21st @khan.ira !!! Can't believe you got there so fast! You will always remain at 6 for me! Love you. Papa.” While we couldn’t stop ourselves from going all ‘awww’ on the picture, but Ira Khan’s hilarious reply on her father’s post would make you laugh out loud! On Aamir’s heartfelt post, Ira commented, “Of all the great pictures we have together...” and also a “Thank you” as the next comment which was backed by a couple of kiss and heart emojis. Take a look at the same below:

Not just Aamir Khan, his reel-life daughter, Fatima Sana Shaikh, with whom he was also linked up romantically (sadly), had also posted some stunning Instagram stories with Ira Khan to wish her on her birthday. Sharing two pictures with Ira Khan, Fatima wrote the words, “Happy birthday cutie", atop one of the pictures, which was also backed by a couple of kiss emojis. Take a look at the pictures here: (Must Read: Shakti Mohan Gives The 'World's Bestest Jiju' Tag To Sister Neeti Mohan's Husband, Nihaar Pandya) 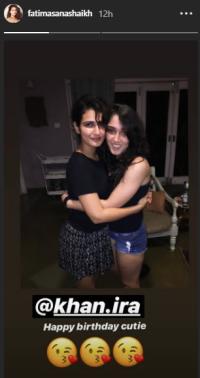 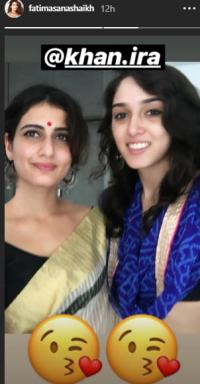 Ira Khan recently had grabbed a lot of headlines, thanks to her cosy-stunning pictures with her rumoured boyfriend named, Mishaal Kirpalani. In all of the pictures that they have together, Ira looks super-happy with him and most of her pictures with Mishaal has her breaking into gigs of laughter! In a series of two pictures that she had posted with him in March 2019, had Ira and Mishaal sit together, with she resting her chest onto his bosom. She had captioned the pictures as, “Hope your Spring Break was sunny and smiley as @mishaalkirpalani's, which of course, I piled onto.” While we love Mishaal already, does daddy Aamir Khan approve of him? For that, we will have to wait and watch!

Ira Khan mostly likes to stay away from the limelight, which often makes us wonder if we will ever get to see her in films or in B-town? However, her superstar daddy, Aamir Khan had once shared that Ira is interested in filmmaking, which leaves us with a little hope that we might spot Ira’s name on the screens someday as a behind the lens person. Speculations were rife that Ira’s brother and Aamir’s son, Junaid Khan too, would make his entry into yet film domain soon. While these were just speculations, Aamir Khan, in an interview had spoken about the same. 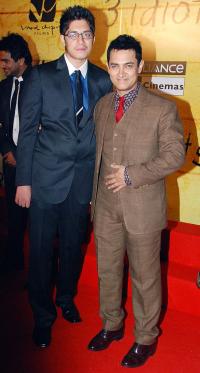 Speaking about his son, Junaid Khan's entry in Bollywood, Aamir Khan had shared in an interview, “I think it's up to him. He should lead his own life and take his own decisions. He is inclined to the creative side, he is doing theatre. He is very bright, but I am allowing him to follow his own path." The Thugs of Hindostan actor had further added, "I don't want to do a remake, but in case we see a film that can be remade, and he is appropriate for the role, then you never know." (Also Read: Priyanka Chopra Spills Beans On Brother-In-Law, Joe Jonas And Sophie Turner's Secret Wedding)