Aamir Khan Reveals He Meets Ex-Wives, Kiran Rao And Reena Dutta Once A Week, 'There's A Lot Of Love'

Aamir Khan Reveals He Meets Ex-Wives, Kiran Rao And Reena Dutta Once A Week, 'There's A Lot Of Love'

In 'Koffee With Karan 7', Aamir Khan shared how he meets with his ex-wives, Kiran Rao and Reena Dutta every week. Read on!

Aamir Khan and Reena Dutta's love story was nothing short of a filmy Bollywood story, as the ex-couple was neighbours and would often gape at each other through their windows. That is why the song, Mere Saamne Wali Khidki Mein, from the film, Padosan (1968), perfectly sums up how the love story of Aamir and his ex-wife, Reena blossomed. But it was Aamir, who fell for Reena first, and as per the reports, he had even written a love letter with his blood to express his die-hard love for her, but sadly, he only had to face rejection. And just when he gave up on his efforts to woo Reena, she reciprocated, and they got married on April 18, 1986.

However, 16 years of married life and two kids later, Aamir Khan and Reena Dutta went separate ways without any ugly spats and arguments and were granted divorce in 2002. After his divorce from Reena, Aamir had found love in director-producer, Kiran Rao, and they had tied the knot in December 2005. Aamir and Kiran had embraced parenthood with the arrival of their son, Azad Rao Khan via IVF. In 2021, Aamir and Kiran announced their divorce, ending 15-and-a-half years of marriage. In Koffee With Karan season 7, the Laal Singh Chaddha actors, Aamir Khan and the ever so gorgeous, Kareena Kapoor made an appearance. During the candid conversation, Aamir talked about his first marriage, divorce and the wonderful relationship between his ex-wives, Kiran Rao and Reena Dutta. Mentioning how he has the highest regard for both his ex-wives, Aamir said they would always remain a family. He stated:

“I have the highest regard and respect for both of them. Hum log hamesha parivar he rahenge (We will always be a family).” Further, in the interview, Aamir Khan revealed that he always makes sure to meet his ex-wives, Kiran and Reena once every week. Reflecting on the kind of love and respect they share, Aamir said:

“We all get together once a week, no matter how busy we are. There is a lot of genuine care, love and respect towards each other.” 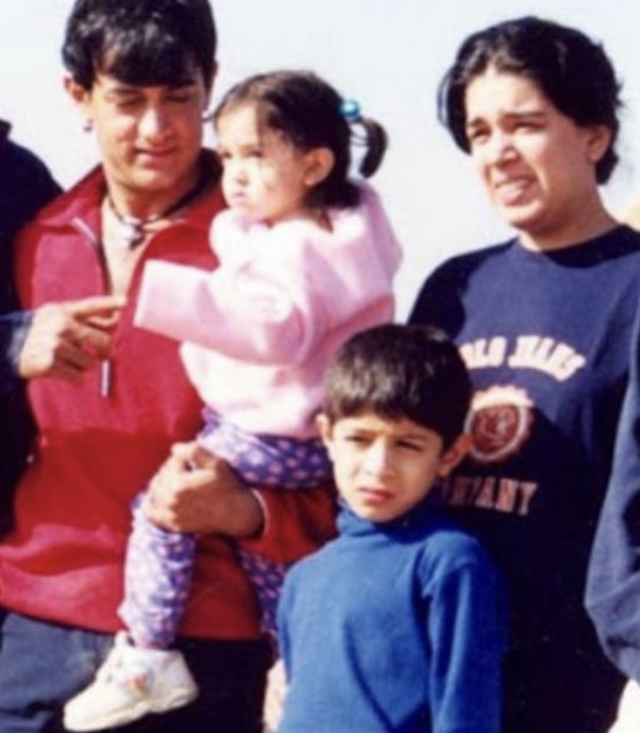 When Karan Johar asked Kareena Kapoor and Aamir Khan about their respective sex lives after having kids, Aamir took a dig at Karan’s weird questions. Moreover, Kareena retorted and trolled Karan saying he would know better as he has twins. To which, Karan said his mother must be watching the show. Aamir had the perfect reply to it and said:

“Your mother doesn’t mind you talking about other people’s sex lives? Kaise sawaal pooch raha hai (What are these questions)?”

On the work front, Aamir Khan will be seen in the film, Laal Singh Chaddha opposite Kareena Kapoor Khan.

Next Read: Raja Chaudhary Breaks Down As He Talks About Divorce Battles With Shweta Tiwari And Shveta Sood