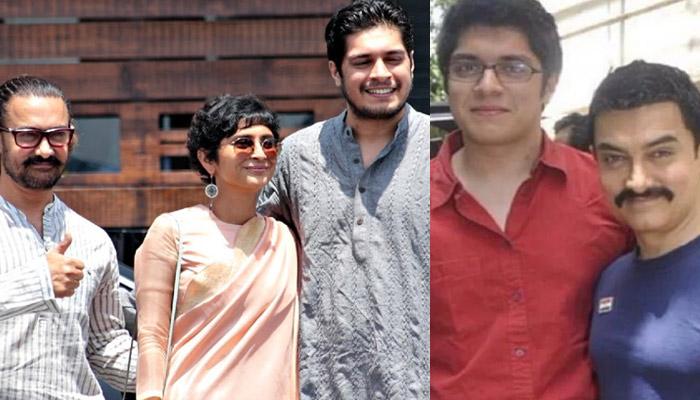 Celebrities and their love lives have always been in the talk of the town. One amongst the others has been the Mr Perfectionist of Bollywood, Aamir Khan. The Raja Hindustani actor walked down the aisle with film producer, Reena Dutta in the year 1986 and had a silent divorce in 2002. Together, the couple has two kids namely, Junaid Khan and Ira Khan. (You May Also Like: 'Naamkarann' Actor, Puru Chibber And Roshni Banthia's Unseen Wedding Pictures)

It has been a long time that rumours of Junaid’s making a debut in Bollywood have been doing the rounds. Now, in a recent interaction with the media, Aamir opened up about the same and cleared the air. When he was asked if he is planning to launch his son anytime soon in Bollywood, he shared that it is completely up to Junaid to decide.

Aamir was quoted as saying, "I think it's up to him. He should lean his own life and take his own decisions. He is inclined to the creative side, he is doing theatre. He is very bright, but I am allowing him to follow his own path." He further went on to add when asked if he will cast Junaid in a remake, "I don't want to do a remake, but in case we see a film that can be remade, and he is appropriate for the role, then you never know."

Recently, on March 14, 2019, in a media interaction, Aamir had said, "When I do a film, I forget I have a family a kid, I get so absorbed." The Thugs Of Hindostan actor had then stated, "You don't really care for us, we don't exist for you, we are not in your periphery. Even if you are with us, your mind is somewhere else. I know you love us, but ya I am not even sure if I want to change that because then you won't be the person I fell in love with." (Also Read: Sonali Bendre's First Ad After Fighting Cancer Gives Out Strong Message #MujheSabNahiPata To Mothers)

Adding further, the 54-year-old actor remarked, "This happened two years back and I then realised that baat toh sahi hai, it's not right to ignore my family. So, I told Kiran that every day I'll come by 6 and 6-8 I'll be home with Azad. I give him a bath, we have dinner then I read out something, so that is one big change, post 8, I go back to my meetings and work."

In an interview with media in 2017, Aamir had retorted, "Reena is extremely important and is very much a part of the family and she will always be. From legal point of view, we are divorced but I think the bond that we share is not going to break with a piece of paper." (Do Check: Priyank Sharma's Mother Says, 'Koi Ladki Nahi Aani Chahiye Ghar Mein', Warns Him Of His Girlfriends)

In a 2003 interview, Aamir finally opened up properly on his divorce. He had shared, “No. Reena and I were married for 16 years. We grew up together as we both were very young when we got married. Our separation was tough on both of us. It was a special relationship and is still very close to my heart. I was alone for three to four years and then I met Kiran. I didn’t even work for almost two years as I was coping with it. I am very emotional. When we decided to part ways, Reena and I first explained the situation to our kids. My children, Junaid and Ira, are close to Kiran and Azad.”

Talking about how he fell in love with Kiran, Aamir had quipped, “We connected on the set of Lagaan and again on an ad commercial that he was doing with Ashutosh Gowariker that I was assisting on. We hung out a lot together and became 2 am friends. We started seeing each other in 2004…. We like each other’s company and our friendship is still the basis of our relationship. I moved in with him and neither of us was hung up on marriage. After a year of living together, we decided to get married for two reasons.” (Also Check: Karan Johar's Ex And Current Students Sidharth Malhotra And Tara Sutaria Serious About Each Other?)

Here's wishing Aamir Khan and Junaid Khan all the luck for their future endeavours! 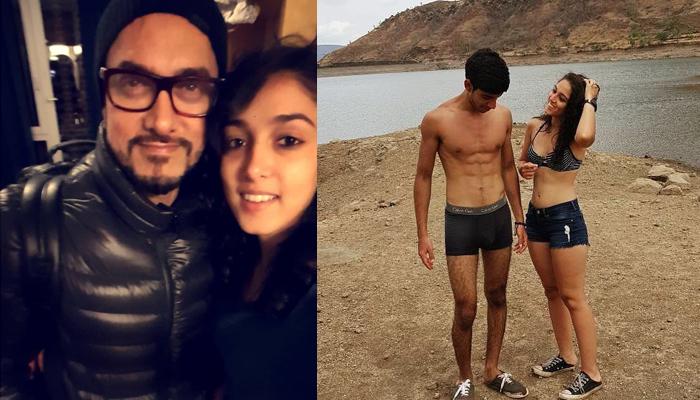 Bollywood is not just about films, box-office and the showbiz world. It's beyond these things and we often hear about various relationships and affairs. Celebrities date each other, and some of the couples go as far as tying the nuptial knot, and some end up in a breakup. But no