Aamir Khan Is The Best Dad As He Plays Football With Son, Azad Khan In Mumbai Rains, Watch VIDEO

Bollywood superstar, Aamir Khan relived his childhood days as he played football in the rain with his little one, Azad Rao Khan. Check out the video!

Aamir Khan is a complete family man who loves spending special days with his close ones. From celebrating birthdays together, relishing mangoes with his boy, Azad Rao Khan, to turning into a makeup artist for his dearest daughter, Ira Khan, Aamir is the coolest dad ever. He is known as Mr Perfectionist of Bollywood, and rightfully so. He has given some of the binge-worthy movies to the Indian cinema like 3 Idiots, Taare Zameen Par, Lagaan and the list goes on.

Talking about his personal life, Aamir had got married at the young age of 18 to his first wife, Reena Dutta. Together they have a beautiful daughter, Ira Khan and a son, Junaid Khan. Later, Aamir Khan had fallen in love with Kiran Rao but had got divorced after 15 years of their marriage. Aamir Khan and Kiran Rao have a child via surrogacy whom they have lovingly named Azad Rao Khan. Now, the heartthrob of Bollywood, Aamir, is once again making the headlines as he was spotted enjoying the Mumbai rains to the fullest with his little munchkin, Azad. 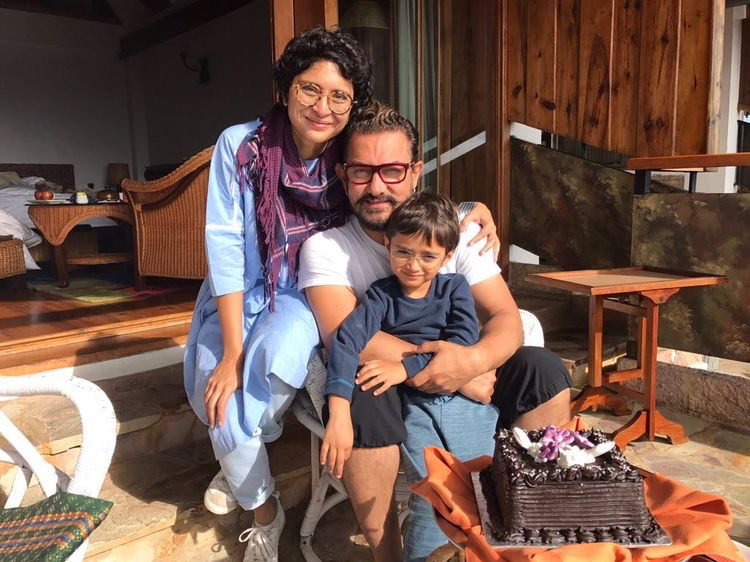 On June 21, 2022, Aamir Khan took to his IG handle and shared a beautiful video of him and his son, Azad. In the video, we can see Aamir dishing out major fatherhood goals as he wholeheartedly played football with his son and relived his childhood days. The doting father-son duo was seen twinning in black outfits and enjoying the Mumbai rain. Interestingly, Azad tricked his father while he was unattentive during the football match. Alongside the priceless video, Aamir penned:

“All fun and a lot of rains! Aamir & Azad enjoy the rains over a football session.”

On June 13, 2022, Aamir Khan was spotted shopping with his son, Azad Rao Khan and the latter’s half-sister, Ira Khan. Though Ira did not pose for the shutterbugs, Aamir and his son had greeted the paps with warm smiles. The father-son duo had looked dashing in their respective black ensembles. However, netizens were quick to notice the uncanny resemblance between Aamir and Azad. One user had written, "Ye celebrities ke bacche ekdam same kaise ho rahe hai carbon copy", another had commented, "He is cute like his father". Check out! 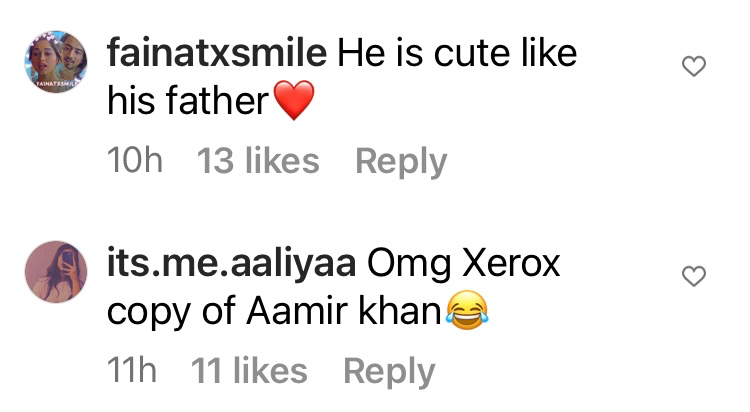 Aamir shares a warm bond with all of his children. We have often spotted the doting daddy having fun with his eldest daughter, Ira Khan, and his youngest son, Azad Rao Khan. On April 20, 2022, the father-son duo had shelled out major relationship goals when they had posted pictures of them relishing yummy mangoes together in the summer season. Taking to his IG handle, Aamir had dropped some cutest photos with his son and had captioned them as:

“Have you treated yourself and your family with some yet?" 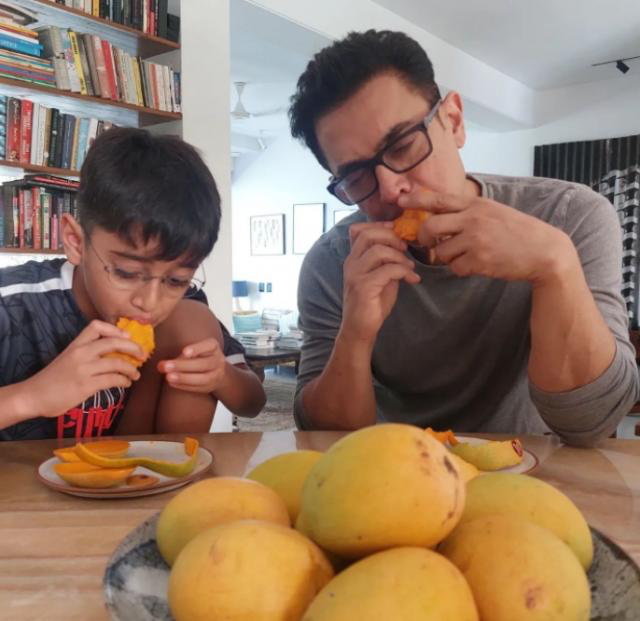 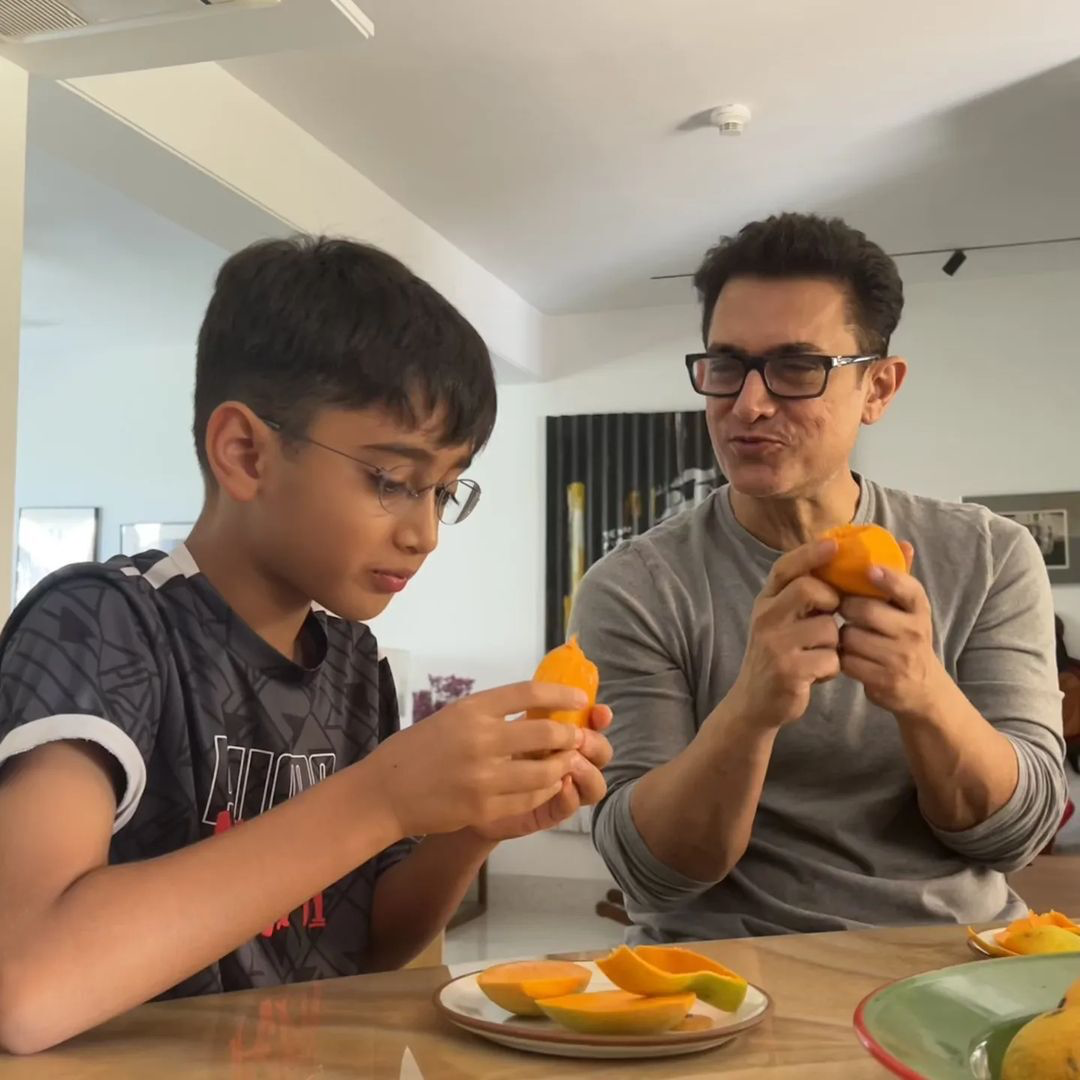 We love Aamir Khan and Azad Rao Khan’s beautiful bond. What about you?

Next Read: Rubina Dilaik-Abhinav Shukla's Marriage Anniversary, He Says 'We're Together In Water, Land And Air' 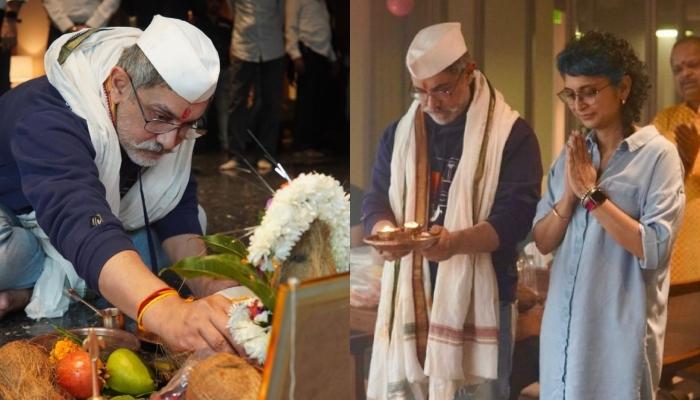 Bollywood actor, Aamir Khan holds a massive fanbase, courtesy of his excellent acting career. Over the years, he gave some power-packed performances in movies like 3 Idiots, PK, Dil Chahta Hai, Rang De Basanti, and many others. On the personal front, he was previously married to Reena Dutta and later