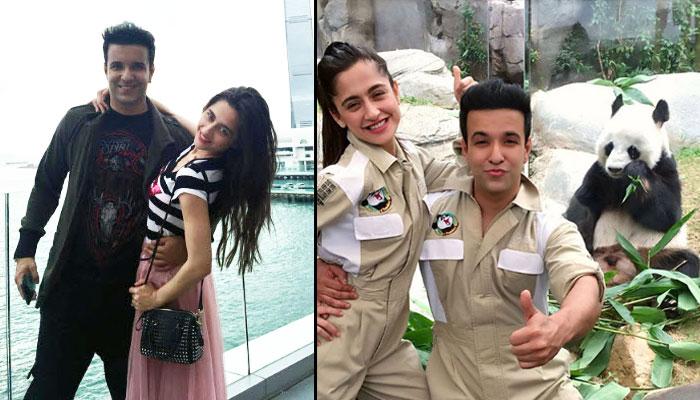 When you are travelling, every destination has a charm of its own which invariably turns into a widely-acknowledged perception.

For instance, Maldives is all about the beach and long strolls, so is Goa but with Hong Kong, things and the general perception get a little different. Honestly, how many of you have ever considered Honk Kong as an unwinding spot with your family or partner?

Recommended Read: Abigail Pande And Sanam Johar Are Having A Fun Vacay At The Land Of Beaches

Well, a fun bachelor’s trip to Hong Kong sounds good but a full-fledged family holiday, may be most of us will give it a pass. 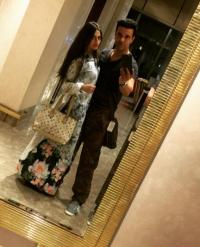 But thanks to a beloved couple from the telly world, we know how to get things going if a Hong Kong visit is on the cards. We are referring to Aamir Ali and his bubbly better half, Sanjeeda Sheikh. So, we followed the couple on their Instagram and figured what they have been up to in Hong Kong.

From chilling with pandas to indulging in lip-smacking delicacies, this couple’s touristy things are pretty high on travel goals. 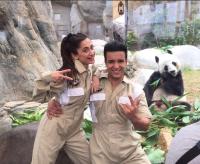 So, one by one, we are listing down the things Aamir and Sanjeeda did, and boy, it looks like a neat blend of food, fun, adventure and partying.

For food, the go to place is Lung King Heen in Four Seasons Hotel 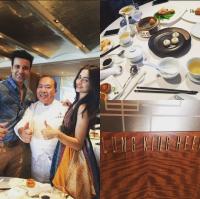 So impressed by the menu and food, Aamir and Sanjeeda went on to pose with the culinary wizard and declared to the world, that this by far, was one of the best meals ever. Looking at their expressions, we couldn't have agreed more! The restaurant is mainly known for its spectacular spread of Cantonese cuisine. 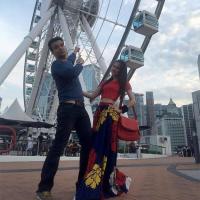 One of the not-to-be-missed landmarks is the Hong Kong Observation Wheel. Ginormous and magnificent, this will be one memorable ride. We don't know if Aamir and Sanjeeda took the ride or not, but they sure struck a good pose.

Time for some cute distractions and thrill of a lifetime at the Ocean Park Adventure. 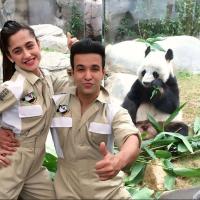 So, this theme park boasts of some really kickass rides, four roller coasters, a giant panda habitat (look at the picture above, don't you feel like cuddling them?), rainforest and polar displays. The park also has an aquarium featuring the world's largest aquarium dome. At one point in time, the park was known for its killer whale known as Miss Hoi Wai. Worth a visit for sure, right?

Now comes the best one, Disneyland 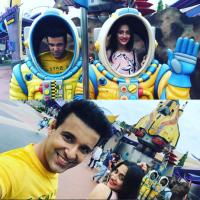 Yeah just like you, even we weren't expecting much magnificence here, but turns out, we are humbly wronged. This Disneyland in Hong Kong may not be as big as the one in the USA but then, it sure is equally fun. 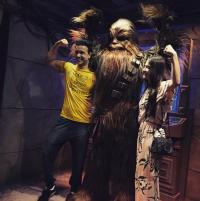 A royal stay at The Peninsula Hotel 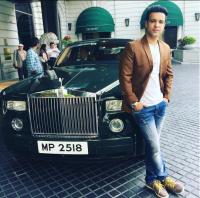 The couple stayed at the Peninsula Hotel, which is popular for its humongous fleet of Rolls-Royces. Wondering what makes it stand out? Well, the luxury cars are painted distinctively reading "Peninsula green". Aamir even posted a photo with the beauty. We wonder if he rode it though!

These small streets located in Central Hong Kong were mainly for the hawkers right before the Second World War. Around the mid-80s, the streets went through a sort of rennaissance, and then transformed into a joint featuring a series of restaurants, clubs, and pubs. One side of the street connects to Wellington Street and Wyndham Street. You can also spot a couple of art galleries and street performers here. 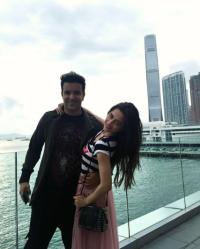 Get Smurf'd in the Smurfs village

The last landmark that we have here is not somewhere the actors went, but we thought this should be in here. Recently, the Smurfs arrived in Hong Kong and the place they stay in is called "We’re All Smurfs!” village located at the Harbour City. So, you get to meet Papa Smurf, Clumsy, Smurfette and the whole gang. It will be fun to go click, click, click with them, right?

Next Read: Sonam Kapoor Flirting With Her Rumoured Boyfriend Is The Most Adorable Thing You Will See Today

So that was all from us, and actors Aamir and Sanjeeda's travel diaries. The next time you plan out a vacation to Hong Kong, you know how to enjoy the best of all worlds. For more updates on your favourite celebs, stay tuned with us.