Celebrity Divas That Transformed Their Look After A Painful Breakup

Celebrity Divas That Transformed Their Look After A Painful Breakup 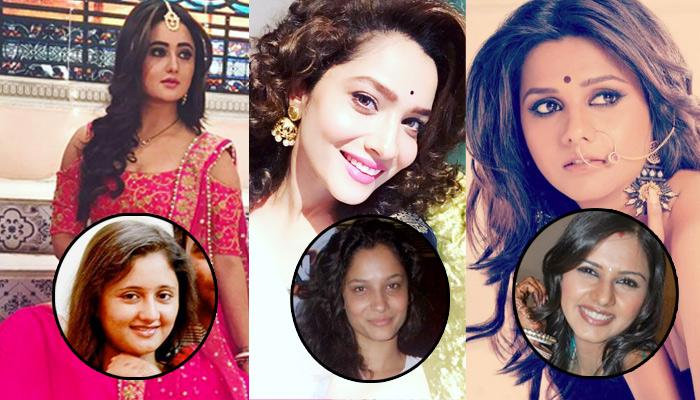 They say whatever happens, happens for a reason, and a reason good enough! Well, true to its every word, life always has something new and better for us in store. When it comes to relationships too, some last, some don’t. But, life post a breakup is actually what you want to make of it.

Recommended Read: 11 Signs That Tell You Have More Than A Crush On A Person

You can either sob over what you don’t have or look forward to what life has planned for you. And looking forward enthusiastically is what some of our celebrity divas have taught us and how! Their stunning makeovers post their breakups have been the talk of the town. Not only physically, but mentally too, as they are now free to be who they are, to do what they want to and to live life on their own terms without anything constantly holding them back. So, here is a list of a few celebrity divas that got heads turning post their breakups.

One of television’s most loved couples, Ankita Lokhande and Sushant Singh Rajput broke up after a very long relationship. Even though their breakup was a bit bitter, they both tried to maintain harmony with each other. Ankita was never really considered a style diva until the Sarbjit premiere in Mumbai. Rest as they say was history.

The gorgeous actress toned down a bit more, learnt the tricks of sassy makeup and probably got a new stylist because right now, her social media accounts are a bit too hot to handle! She is also now set to make her grand debut in Bollywood. Way to go, Ankita!

Though this lovely lady did not need any fashion transformation to start with because she is already one of the most sought-after style icons in the industry, her lifestyle has been quite different post her separation from her husband, Sunjay Kapoor.

She has been partying a lot with her friends and family. She was spotted vacationing at many luxurious locations with her children, and has been attending a lot of red carpet and fashion events. She seems to be more at peace now, free to live life uninterrupted, and on her own terms.

Do Check Out: 16 Things You Totally Relate To If You Are Trying To Lose Weight

Salman Khan’s rakhi sister, Shweta Rohira got married to her boyfriend Pulkit Samrat in November, 2014. But soon after, rumours of everything not being okay in their marriage started to appear. And, the final nail in the coffin was his closeness to actress Yami Gautam during the shooting of their film Sanam Re.

But, Shweta pleasantly surprised us all with her transformed pictures on social media. She did not actually lose weight, but her perky short hairdo, her new confidence and the entirely new line of handicrafts that she started was what added to her personality. More power to you, Shweta!

Interesting: Shweta Rohira's Drastic Makeover After Break Up From Pulkit Samrat Will Leave You Shocked

This actress has been the talk of the town ever since the news of her divorce came out. After finally walking out of an abusive marriage, Daljeet lost 25 kilograms of weight, cut her hair short, went on a strict diet and workout plan, and boy does she look hot now!

Also Read: 10 Celebrity Couples Who Are Expecting Babies In 2016

One of the most popular reel couples, Tapasya and Veer from colors TV’s Uttaran surprised everyone when they became an actual couple and tied the knot. But, rumours of everything not being so good in their paradise started to appear soon after.

The two even took a break and tried to sort things out when they participated in Nach Baliye, but some relationships are just not meant to be. Post all that, Rashmi is now looking, slimmer, younger and prettier than ever before.

Do See: Rashami Desai's Transformation After Separating From Nandish Sandhu Will Leave You Spellbound

Post her divorce with actor Karan Singh Grover, Jennifer is finally in a peaceful and beautiful place in life. She showed how mature and sorted in life she was by congratulating her ex on his third marriage. She is a style icon in every sense and with a new haircut, a new serial in her kitty with she as the main lead and a Bollywood movie on the cards, this lovely girl is all set to go places!

Recommended Read: Divyanka And Vivek's Wedding Track 'Rang Dey' Will Touch Your Soul Like No Other Song Ever Has

Some people believe that such makeovers are done by these celebrities just to prove to their ex that they are happy. Well, we see no harm in that, do you? Why not show off how well you are doing? These celebrities are the perfect role models for all the girls who go through painful breakups to stop sobbing and start living! More power to all you lovely ladies!