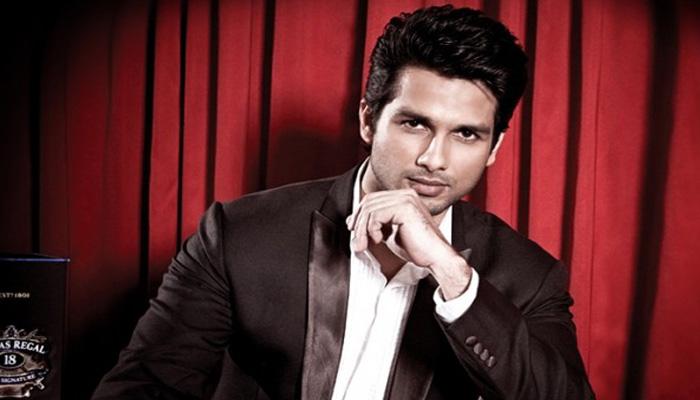 All of you must have heard by now how Shahid Kapoor’s family has fixed his marriage with Delhi-based college student Mira Rajput and if rumours are to be believed, the couple will pledge janam janam ka pyaar to each other on June 10, 2015. And let us admit girls, ever since we saw Shahid as the suave and soft-spoken Prem in the movie Vivah we have all fantasised about him at one point or the other. And now when the time has come for Bollywood’s heartthrob to tie the knot with Mira {yes, the lucky girl!}, we can not stop ourselves from wondering if he would turn out to be exactly like his character from the movie.

Well, judging by the collective 'sighs' in our office, we hereby can declare ourselves fully convinced about him. And, here are our five reasons to convince now everyone else that Shahid Kapoor will indeed make a good husband in real life as well.

Shahid is known to be a dotting lover. In fact, all his past relationships reflect how much he had been dedicated towards his lady loves, be it Kareena Kapoor or Priyanka Chopra. In fact back when they were dating, Kareena herself accepted how special Shahid made her feel.

“Yes he is someone who plays a very special part in my life. He brings a smile to my face and a twinkle in my eye. So he is that special someone, yes." - Kareena Kapoor, Koffee With Karan

He is known to be fiercely protective and a thorough gentleman around women. If that wasn’t the case, then none of his ex-girlfriends would have remained such good friends with him for this long! He surely is one prince charming. A man who treats you like a princess and loves you with fiery passion... oooh it’s becoming too hot to handle!

Must Read: Shahid Kapoor And His Sizzling Link Ups With 7 Famous Bollywood Divas

Shahid is surely one helluva of a lover. Who wouldn't want a guy like this by her side?

Coming from a broken home, you would think that Shahid might be a tad bit cynical towards families. But no, the guy is totally devoted towards his father, veteran actor Pankaj Kapoor, and mother Neelima Azeem, as well as their respective partners. Who can forget Shahid spontaneously sprinting across the stage to congratulate his step mom Supriya Pathak when she won Filmfare award for Ram Leela?

Despite him being busy with his upcoming movies Shandaar and Udta Punjab, Shahid managed to throw a grand 60th surprise birthday party which was attended by the who’s who of the industry.

Shahid is also quite close to his half siblings. He absolutely adores his half brother and sister and on several occasions in the past has shown how keenly he is associated with their lives.

Hmm... a dotting lover and a family man too. Do you need more convincing yet?

Take A Look: 15 Things Every Woman Deserves From The Man She Loves 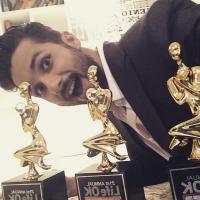 Shahid is currently at the top of his game. Last year he floored everyone with his stellar performance in the critically acclaimed movie Haider. And this year he swooped away all the major awards in the best actor category. A man who can pay your bills and afford a vacation too.

Seems like a good catch. Don’t you think so too?

Recommended Read: 15 Things Men Did Not Know That Women Find Totally Irresistible About Them

The latest gossip doing the rounds of Bollywood grapevine is that Shahid’s fiancée Mira has taken charge of decorating the actor’s Juhu home. In fact, both of them are pulling out all stops in redoing their home-to-be after marriage. A guy who lets you take the lead, seriously? This is such a refreshing change from the typical Indian male dominating characters.

A man with drop dead gorgeous looks and droolworthy body asking you to take charge. Need we say more? Ya baby!

Didn’t you just die of heart attack when Shahid Kapoor actually blushed on national television upon being asked about his fiancé Mira? Deep down the guy is really sensitive. And helpful!

Apparently, Alia Bhatt found him quite helpful on the sets during the shoot of Shandaar:

“Shahid is very helpful on the sets. His enthusiasm level was very very inspiring. I keep telling him that. It’s so refreshing to see him being so eager to learn. I want to be like that. I saw no smugness in Shahid’s attitude. Shahid is quite a hands on guy.”

Must Read: 5 Really Effective Ways To Deal With The Female Friends Of Your Husband

“Shahid Kapoor will stand with you even at midnight if you need him.”

And to top it all, he is quite down to earth, isn’t afraid of the competition, and is always upfront about praising his fellow contemporary actors. Remember the time when he called Hrithik Roshan the best dancer even though he himself is trained from Shaimak Davar’s school of dancing.

A husband who understands you, is not at all bossy, attentive towards your needs, and above all, is also sensitive enough to read your emotions?

Someone please call Ms Rajput and congratulate her on good fortune!

Recommended Read: 8 Signs That Tell Whether He Is Your Future Husband Or Just A Waste Of Time

I know many of you must be sighing in envy and nursing a broken heart. But the guy is off limits now, reserved for his wife-to-be Mira. So why don’t you don your thinking hats, wear your search goggles, and start looking for a guy just like Shahid Kapoor. Because as a very wise lady once said “Reebok nahi to Reebook hi sahi”. 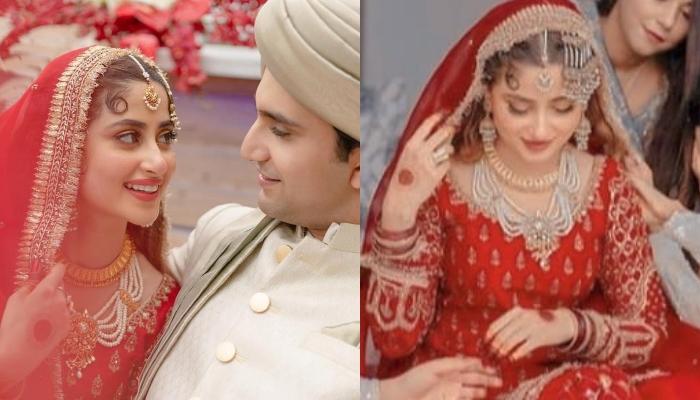 Every girl dreams of becoming a bride from a very young age. We all have stolen our mom's red dupatta and draped it over our head and played ghar-ghar. We dreamt of becoming the prettiest bride with all eyes upon us and as we grew up the dream got bigger. We anxiously waited for