We all love babies and no wonder it's a celebration time when there is a newborn in the family. But the 'little bundle of joy' catches our eyeballs all the more when they come in one-plus-one package.

Thinking what we are saying? It's about the beautiful miracle of having twins which very few parents get to experience. Let's have a look at few of our Indian stars who have welcomed two adorables at the same time. 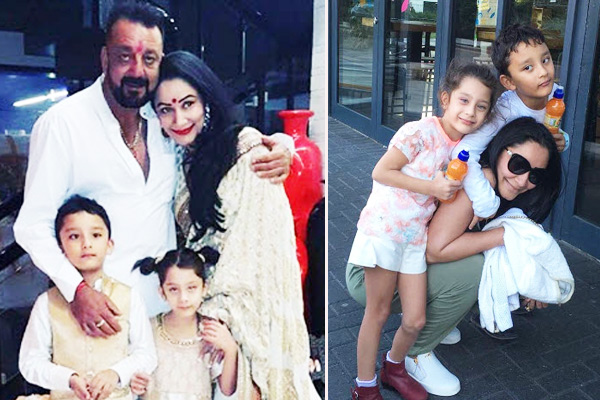 Bollywood's favourite baba, Sanjay Dutt and his stunning wife Maanayata had the whole universe in their lap when they were blessed two times over. The couple had a once in a lifetime kind of celebration when they welcomed fraternal twins, Shahraan and Iqra, on October 21, 2010. Indian actress Celina Jaitley first welcomed a new life for herself when she got married to an Australia-based businessman and a famous hotelier Peter Haag on July 23, 2011. And things got crazier for the glam girl again when she unfurled more happiness by becoming a mother of gorgeous twins. She gave birth to twin boys on March 24, 2012 and named them Winston and Viraaj.

Celina embraced motherhood again on September 10, 2017 but this announcement was bittersweet news. While we all were happy about another set of twins, Arthur Jaitly Haag and Shamsher Jaitly Haag  joining her family bandwagon, we got the sad news soon that Shamsher couldn’t make it due to the critical heart condition. But thankfully, the universe didn’t leave her arms empty by giving her new add on to the family in the form of Arthur.

Also Read: First Pictures Of Television Star Kids That Are Too Cute To Handle Yesteryear actor Shatrughan Sinha and wife Poonam were lucky as they got more than what they wished for. Congratulations were pouring in doubles when the famous couple welcomed two boys, Luv Sinha and Kush Sinha in the family. Though Luv made his debut in 2010 as the lead actor in the film Sadiyaan, he could not make it that popular. 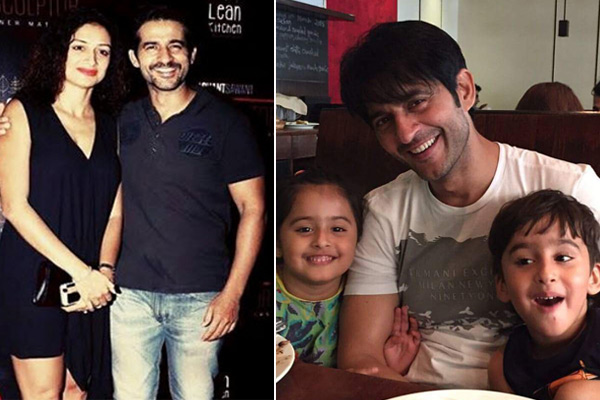 Television actors Hiten Tejwani and Gauri Pradhan who first met on the sets of TV show Kutumb, welcomed two cuties on November 11, 2009. They have a daughter named Katya and a son named Nevaan. Hiten and Gauri got married on April 29, 2004 after a courtship of two years.

Must Read: 9 TV Actors Who Are Redefining Fatherhood With Their Cute Gestures For Their Kids Happiness, laughter, fun and love- the celebration was just not enough for telly actors Karanvir Bohra and Teejay who were blessed with twin angels on October 19, 2016 in Vancouver. The couple is married for eleven years now and is now a family of four with their lovely daughters. Another couple who joined the parents club is the cute Sapna Babul ka…Bidaai actor, Kinshuk and Divya. The double happiness shared is with the reason of being blessed with twins, son named Ssahir and daughter named Saishaa.They have been together since childhood and in November 2012, they tied the knot.

Suggested Read: 21 Bollywood Celebrities And Their Super-Adorable Kids Who Are Stars Already Actor-Comedian, Krushna and actress, Kashmera are yet another couple who were blessed with double happiness through surrogacy. They were blessed with twins son.Their love story started with a one-night stand and ended into a beautiful lifetime journey of marriage. After being married for seven years, Mahakali fame actor, Sourabh Raj Jain and wife Riddhima recently were blessed with twins, a boy and a girl. They are yet to finalise on the names of these little munchkins. Karan Johar was yet another famous celeb who surprised his fans and the media with the news of being blesssed with twin babies named as Yash and Roohi.

Karan released his full statement about the birth of his babies with these touching words:

Fatherhood is proving to be a breathtaking roller coaster ride. When they were conceived, I was ecstatic, but I told myself I would be a responsible father and not a paranoid mother. Then came the complexities of premature birth. And the heartache of seeing them in the incubator. But I felt a strong sense of ownership. They were my lifelines. A lifelong dream come true. And I couldn’t wait to take them in my arms. When I did that for the first time, it was incredible.

Next Read: 14 Famous Television Couples And Their Oh-So-Cute Star Kids

Tenderness, hugs, cuddles, cuteness and cries- for parents of twins, everything is in double. But nothing comes at par for these celebrity moms and dads as compared to being parents to twins. Being double-blessed means they surely have more love to give than they thought they had. And, the best part is that the they will never have to fight over who gets to hold the baby.