Weddings, these days, are supposed to be all things different, fun and crazy and our beloved celebs from Bollywood and telly world are proving this every now and then. From doing a carefree bhangra like no one’s watching to chugging beers with your partner in crime right after the wedding, here are few fun and crazy things that our celebs did at their wedding, and they are totally worth a mention.

Start scrolling and see if you get inspired by any of these:

#1. Shikha Singh danced at her own baraat We had to start our list with this Kumkum Bhagya fame actress because what she did at her wedding is something we can never forget! This beautiful actress who tied the knot with her long-term boyfriend, Karan Shah in May 2016, showed the sassiest moves when she did a cool bhangra at her own baraat. Can you imagine pulling this off?

Recommended Read: 5 Popular Celebrities Who Made The Most Hatke Entry At Their Own Wedding

#2. Yuvraj Singh and Hazel Keech danced in the middle of the airport 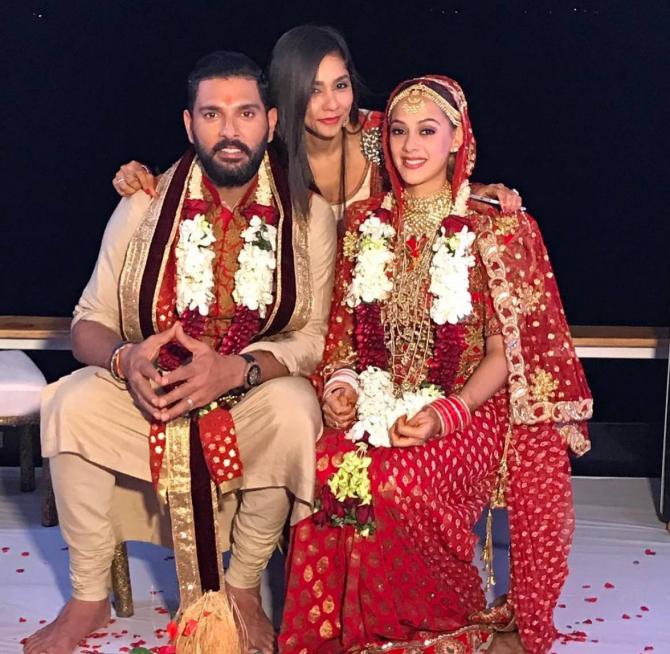 Yuvraj Singh and Hazel Keech’s wedding undoubtedly garnered a lot of attention from fans and media, and why not? After all, the most eligible bachelor from the Indian cricket (who has possibly been linked to most Bollywood ladies) was finally tying the knot with another Bollywood actress! And this cutesy couple surprised everyone when they broke into a carefree, impromptu bhangra in the middle of the airport! And the video is just coolness redefined.

Here, check it out!

#3. Sanaya Irani and Mohit Sehgal walked next to each other 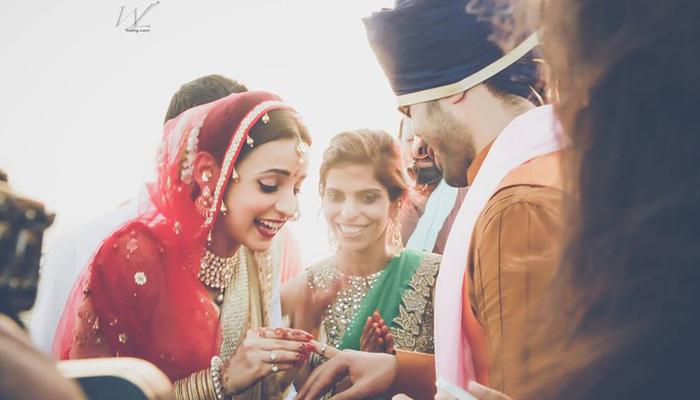 One of the cutest couples from the tinsel town, Mohit Sehgal and Sanaya Irani, decided to redefine the whole concept of taking pheras around the agni. So, usually the norm is, the bride and the groom walk behind each other while taking pheras, but at their wedding, Mohit and Sanaya walked next to each other. There’s a beautiful meaning behind why they did this. It means that Mohit and Sanaya both consider themselves to be equal partners in the relationship.

#4. Amit Dolawat took 8 pheras instead of 7 because his ladylove said so 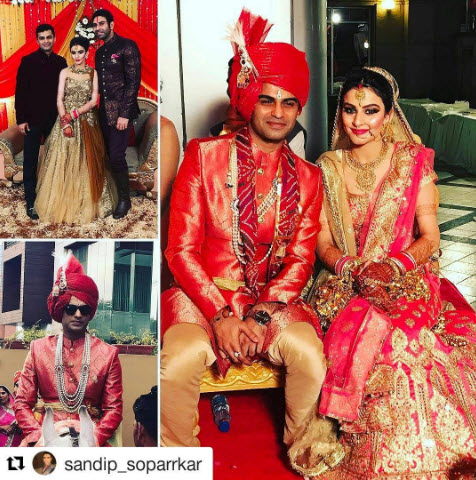 Udaan fame actor Amit Dolawat who was dating Cheshta, an air hostess by profession, tied the knot with on February 14, 2017. Unlike other Indian marriages, the couple took agni ke aath pheras, instead of seven, actually it was Cheshta’s idea! In the eighth phera, Amit picked up Cheshta, and promised to take all her nakhras, throughout his life. Now, that is very cute, right!

#5. Gul Panag chugged beer in her wedding outfit like the coolest bride 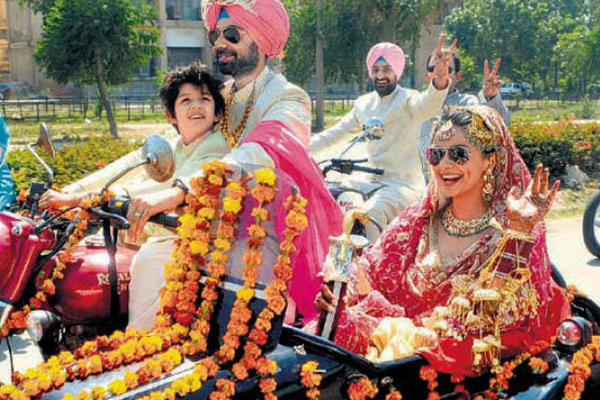 Looks like Gul Panag and her captain hubby Rishi Atwari were full of cool ideas on their wedding. Firstly, they surprised everyone when they entered on the meanest machine, i.e. a bullet with a side car. Yes it happened. And right after the wedding traditions got over, Gul and Rishi chugged beer like hard-core partners in crime. Weddings are beautiful and when there’s a little fun sprinkled, this is what the outcome is. Kudos to all the celebs who broke quite a bit of stereotypes and ended up doing some fun and unique stuffs at their wedding.

Next Read: This Soul-Stirring Version Of 'Din Shagna Da' Is What Every Bride Would Want At Her Entry