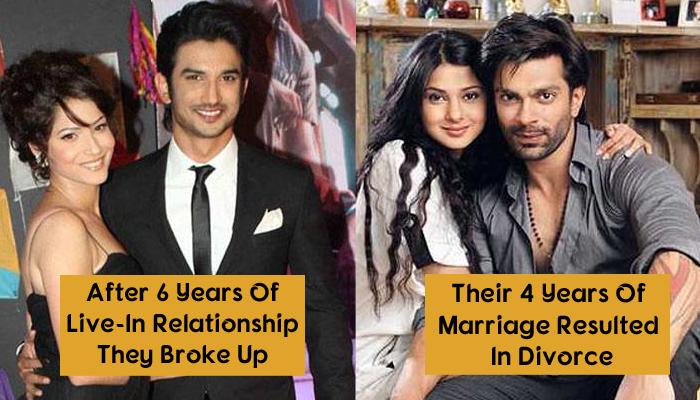 Bollywood love affairs have always been in the headlines but it is the break ups which have made heads turn and left many of the fans heartbroken.

Recommended Read: Is Your Husband/Boyfriend A Scorpio? Here Are 10 Reasons Why You Are Lucky To Have Him

While some break ups happened amicably, some couple washed their dirty laundry in public before breaking up for good. But today, we will talk about 15 such break ups in Bollywood we wished had never happened. So, let’s get started.

After leaving Deepika, everyone thought that Ranbir will at least be in a stable relationship with Katrina as they looked adorable and in love but he proved everyone wrong by calling it quits in this relationship too.

Kareena and Shahid were yet another much in love couple who hogged the limelight at every event and gathering. And since they went out for 3-4 years it was being expected that the couple will definitely tie the knot sooner or later but ultimately their romance came to an end reportedly because Kareena fell in love with Saif Ali Khan while filming Tashan.

Also Read: Punjabi Bride, Bharti Singh Will Wear 'Blood Red Chooda' And This Is How It Might Look Like!

Bipasha and John were one rock-solid couple as they dated for good 10 years but their love could not stand the test of time. The reports of their break up started surfacing after a decade of being together which left everyone surprised.

Just when everyone was rejoicing about the news of Karisma and Abhishek engagement, the couple suddenly called off their marriage plans, leaving everyone stunned. Although the reasons behind their decision remain unknown, they would have definitely made one lovable couple for sure if things went ahead as planned.

Aishwarya and Salman were one good looking couple and fans were waiting for them to end up together but Salman’s aggressive and possessive nature led to their break up.

Lara and Kelly were in a live-in relationship for over 8 years but like every good movie comes to an end, their stable relationship also hit rock bottom and two parted ways amicably.

Don't Miss: Famous Bollywood Ex-Husbands And What They Are Up To

Saif and Amrita married secretly much against their parent’s wishes and all was going on well in their love nest but after 13 years of marriage and two kids, things went topsy-turvy in their relationship and the couple went their separate ways.

Reena and Aamir were believed to be couple goals but after two kids and 16 years of marital bliss, the couple parted ways. It was rumoured that it was Aamir closeness with the assistant director of Lagaan, Kiran Rao, which led to divorce.

Another divorce which stunned one and all was Farhan and Adhuna’s legal separation. All seemed well in between the lovebirds as they always appeared happy together and were always seen supporting each other. But when after being hitched for more than 15 years, the couple announced their separation it left their fans baffled.

You May Like: Geetanjali Of 'Tere Liye' Fame Is Happily Married To This Popular 'Kasautii Zindagi Kay' Actor

Sussane and Hrithik had one of the most romantic and filmy love stories. They were considered to be a match-made in heaven but when after nearly 14 years of marriage and two kids, the news of their split surfaced, it left the entire world bewildered. We really wish this couple should not have parted ways. They were just perfect together.

Ankita and Sushant were one of the hottest celebrity couples and their fans were eagerly waiting for them to take the next big step but instead, the couple announced that they are ending their 6 years of relationship leaving their fans heartbroken.

The news of Malaika and Arbaaz separation shocked many. Although, no one knows the exact reason behind ending their 18 years of marriage but they surely made one hot couple who should not have parted ways.

Jennifer and Karan stole many hearts with their sizzling on-screen chemistry in Dill Mill Gayye. When the couple tied knot their fans were the happiest but soon their 4 years of marriage took an ugly turn and they parted ways.

Preity and Ness never shied away from their relationship and were often spotted together at various events posing happily for the shutterbugs. The news of them getting hitched soon also started doing the rounds but just then they called off their relationship leaving one and all surprised.

Also Read: Shamin Of 'Sanskar- Darohar Apno Ki' Is Getting Married And Her Pre-Wedding Pictures Are So Unique

Ranbir and Deepika made one cute pair. Everyone was expecting that these cutesy couples will surprise everyone with their marriage news but it the news of their break up which shocked their fans as well as the industry moguls. Later, it was revealed that the couple broke-up because Ranbir cheated on her with Katrina Kaif.

Break ups are part and parcel of every relationship which happens with almost everybody but since Bollywood stars are under constant media glare their relationship status is often scrutinized. Break ups might be painful but then it happens for good as it might lead to the perfect partner. We really wished that these couples should not have broken up but then they moved on and found their soul mates with whom they are leading a blissful life and that make us happy too. Isn’t it? What are your thoughts? Do comment below. 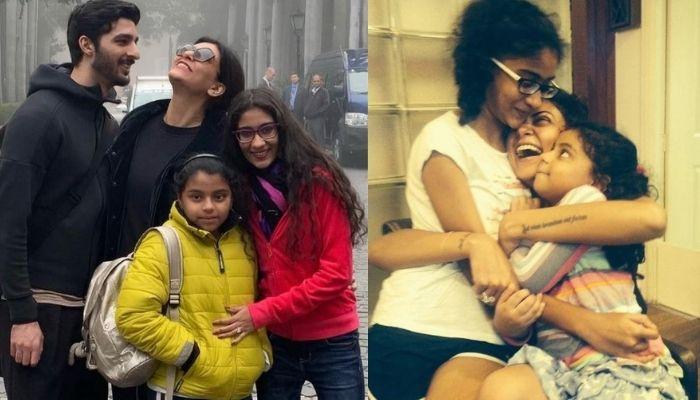 Bollywood actress, Sushmita Sen and her boyfriend, Rohman Shawl are in Dubai on a long vacation along with her daughters, Renee and Alisah. It seems the family has planned to ring in Christmas and New Year in Dubai itself. Sushmita's brother, Rajeev Sen and his wife, Charu Asopa will also be