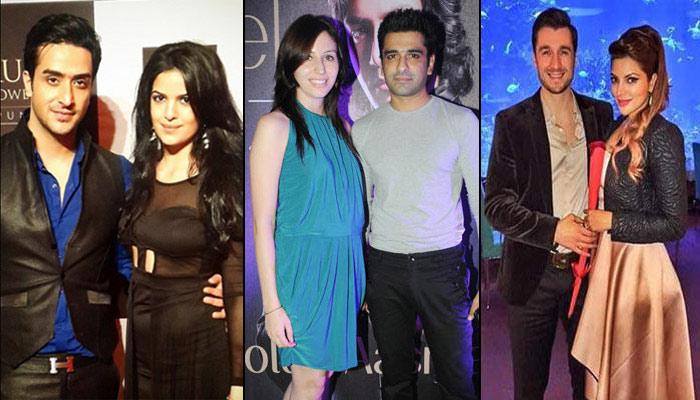 Love can find you anytime anywhere, it doesn’t see which part of the world you are from. And this is exactly what happened with some of our favourite TV actors, who found love outside their homeland.

For some, it was just a phase in their life, while for others it was serious commitment. So, here we have a list of those actors from the Indian television industry who have been involved in a relationship with foreigners.

For our Romi aka Aly from Star Plus’s Ye Hai Mohabbatein, it was the Serbian beauty Natasa Stankovic (the DJ Wale Babu girl) who stole his heart. But, after dating each other for a year, our desi munda realised and confessed in an interview with the leading newspaper of India that it was difficult in adjusting with the differences they had due to cultural background.

The handsome lawyer-turned-actor from Jammu & Kashmir fell for the gorgeous Indonesian singer, Ayu Ting Ting. But, things didn’t go well between them for long and one misunderstanding led to another, and soon they parted ways after a bitter break-up last year.

Also Read: 11 Most Stunning Babymoon Destinations Around The World

When they danced together in sync to Bollywood songs on Nach Baliye 5, Kushal and Elena looked like a perfect couple, madly in love with each other. So, it was a shock to their fans when they parted ways after being voted out from the show.

However, later Kushal shared a picture of his birthday celebration on his Twitter account that had the Bulgarian beauty in it. He also dated actress Gauhar Khan.

In a very filmi way, Eijaz met Natalie for the first time at the airport when he went to return her lost passport. Sparks flew off and from then onwards, the gorgeous multilingual singer from Canada has been with the handsome hunk Eijaz Khan. And if things go well, they might even get married in near future.

Must Read: Here Is What Future Holds For Bollywood's Newlyweds Karan Singh Grover And Bipasha Basu

This gorgeous actress had to part ways with her parents after she decided to marry her then firangi boyfriend Alexx. The wedding didn’t last long and they filed for a divorce after four years of marriage. Alexx O’Nell is a talented America-born actor and musician based in India.

After it was over between Alexx and Shweta, it was time for the vivacious Shama Sikander, popular for her role as Pooja Mehta in Ye Meri Life Hai, to enter this firang’s life.

After dating for almost four years, they decided to part ways in the year 2014 and now Shama is happily engaged to another firang named James Milliron who is an American businessman.

After her divorce with Alexx, Shweta once more found love in the arms of a firang, Ken, who is a New York-based lawyer. She met him in New York while she was visiting her brother and their amazing chemistry led them to marriage and a beautiful daughter.

Recommended Read: Eye Shadow Hacks That Will Make Your Eyes Look Prettier Than Ever 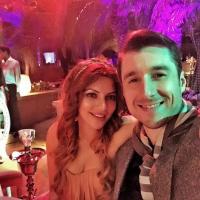 Love knocked once again on her doorstep in the form of a handsome American based businessman James Milliron. The two started dating last year and recently got engaged on New Year’s Eve.

Check out their engagement pictures, if you haven’t done it yet. And don’t you think she looks drop dead gorgeous in her new sexy avatar?

The actress who was recently seen playing the role of Rakshasi Tadaka in Star Plus’s mythological TV show Siya Ke Ram, was once in love with an American entrepreneur Brad Listermann.

Kashmira met Brad over the internet on a dating website and they were even married for five years after which they got divorced.

An amazing combination of beauty with brains, the talented actress and model, Suchitra Pillai lost her heart to a Denmark-based environmental engineer while playing Jenga at a friend’s house party.

They have been married for almost eleven years now and even have a daughter named Annika.

Must Watch: Shraddha Kapoor Dancing At Her Bestie's Wedding Is Too Cute To Miss 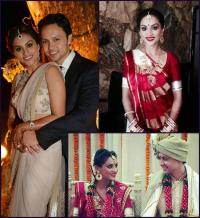 While searching for an apartment in Los Angeles, Purbi met an American gentleman named Valentino Fehlmann, who is now her husband. They were in a long-distance relationship for more than three and a half years and finally got married in December 2014. Valentino is based in the US and works as a financial advisor there.

For the beautiful actress Priyanka aka Dimple Inamdar, it was love at first sight with Mark Weekes who is an investment banker. After a few months of courtship, they got married in a private ceremony on January 31, 2014.

The actress is currently basking in the joys of motherhood after the birth of their daughter in 2015.

Also Read: This Man Took His Wife's Last Name After Marriage And Broke All Stereotypes

The smart and talented artist, Akhil Mishra met Suzanne, who was recently seen as Helena in Chakravartin Ashoka Samrat, while he was looking for a foreigner to act in his play. The actor is really lucky to have found love once again after the death of his first wife Manju.

They have been married for eight years now.

The well-known actress Neena Gupta had dated the legendary West Indies cricketer Vivian Richards at a time when things were different in our society. Although she never got married to him as he was already married at the time, she decided to have his baby and bring her up on her own. And today, her daughter Masaba is a well-known name in the fashion industry.

Recommended Read: Destined To Be Together: Unheard Love Story Of Rajiv Gandhi And Sonia Gandhi

Love knows no boundaries and these television celebrities has proved this right! They found love in people who were from a different nation and cultural background. If we have missed out on any name, do share in the comments section below!