One thing which keeps us hooked to daily soaps is the love triangle of our favourite television characters. With every episode, the interest about their love story increases two-fold, isn’t it?

And like reel stories, many celebrities have faced a similar situation in their real life too. Don’t believe it? Then read on to know the love triangles of your favourite television stars.

Ankita Bhargava Prays For Her One Wish To Get Fulfilled, Hubby Karan Patel Takes The First Baby Step

Recommended read: 5 Strong Bollywood Wives Who Gave A Second Chance To Their Husbands 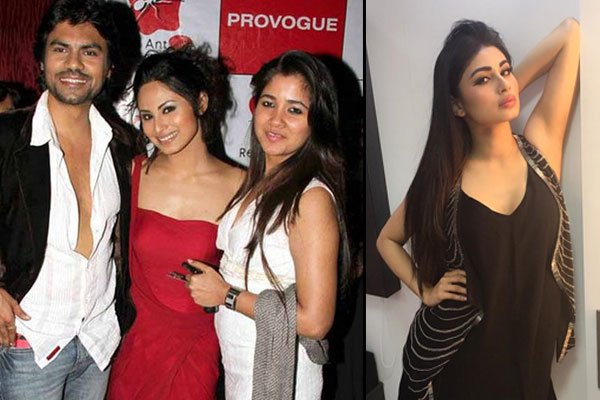 Narayani and Gaurav was one hot couple and dated for a long time before things went kaput and they both parted ways. The reason behind their break up was Gaurav’s closeness to Mouni whom he met during a dance reality named Zara Nachke Dikha. But despite the break-up, Gaurav and Narayani remained close friends, which apparently irked Mouni. At present, Narayani Shastri is happily married. “We are in a very steady relationship. I will marry him soon.”

But, when Mouni shared screen space with Mohit in Devon Ke Dev... Mahadev, her fondness grew for the star and they soon became more than just close friends. Apparently, Gourav did not like Mouni’s closeness with her co-star and Mouni also didn’t approve of her man’s relationship with his ex-flame at all, and so as a result lot of differences developed which led to ugly verbal spats between them and the couple went their separate ways after dating for nearly 4 years. 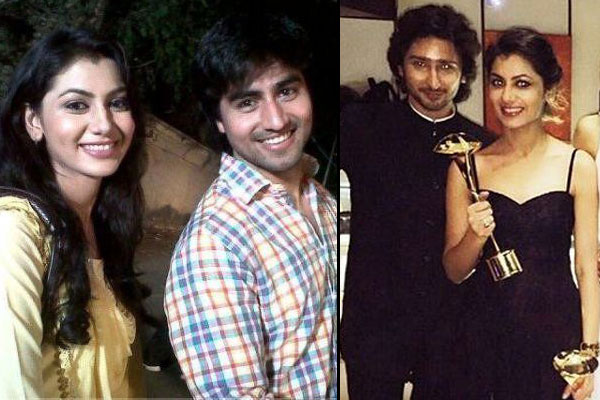 Harshad and Sriti fell in love while shooting Dil Se Di Dua…Saubhagyawati Bhava, but after seeing each other for more than a year, they called it quits. It was rumoured that while dating Harshad, Sriti got attracted to his then best friend Kunal due to which the actor broke-up with the actress and maintained distance from Kunal as well. 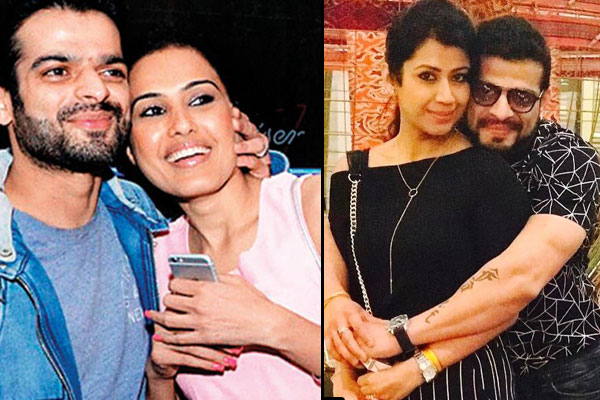 Karan and Kamya were in a relationship for a long time before they broke-up. While Kamya was pulling herself together, Karan announced that he is all set to marry Ankita, leaving everyone shocked. Although, speculations were being made that Karan cheated Kamya with Ankita, the actress denied saying that she met Karan after his break-up with Kamya.

You may like: The Wedding Story Of TV Actors Karan Patel And Ankita Bhargava 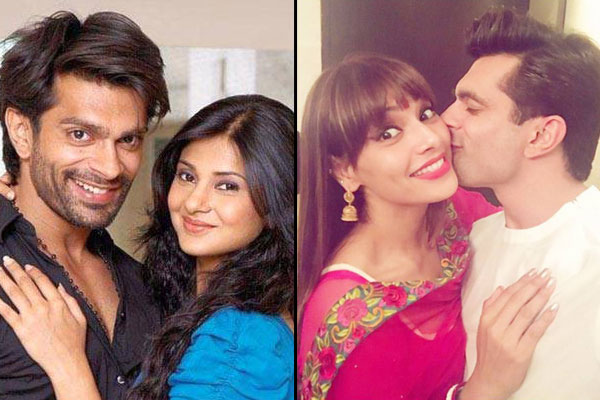 Karan is known for his casanova image. The actor was first married to Shraddha Nigam, but after catching him red-handed with Jhalak Dikhla Jaa 3 choreographer Nicole Alvares, Shraddha ended her relationship with Karan. Soon after, Karan and Nicole also broke-up. The handsome star then married his Dill Mill Gayye co-star Jennifer, but soon their relationship hit rock bottom and they both divorced. If reports are to be believed, then one of the reasons behind their separation was Karan’s growing proximity with his Alone co-star Bipasha, whom he married after his divorce. Gauhar and Kushal fell head over heels in love with each other while their stint in Bigd Boss. All was going well between then, until Ajaz entered the house with the aim to separate the lovebirds, he said:

“I want to take Gauhar away from Kushal. If they are in love, then I will be the devil.”

The love-hate relationship between the trio continued even on Khatron Ke Khiladi season 5. But despite Ajaz’s attempts, Gaushal (as Kushal and Gauhar's fans call them) were together for quite some time till they parted ways. 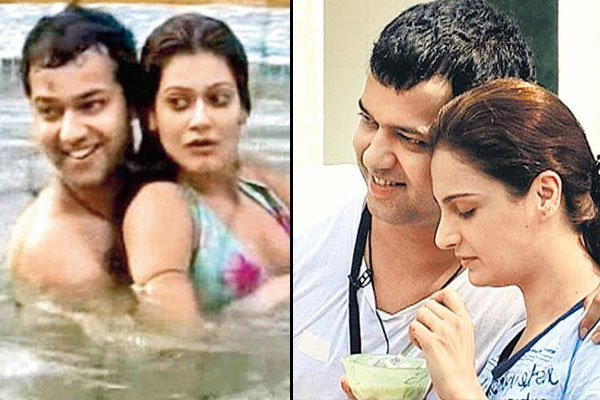 There was a buzz that Rahul and Payal were dating long before they entered Bigg Boss. But during his reality show, Rahul openly flirted with Monica, but soon after her exit, he started wooing Payal back. But when Monica came back in the house he became loyal to her again. In fact, Rahul even proposed marriage to Monica, which she declined. 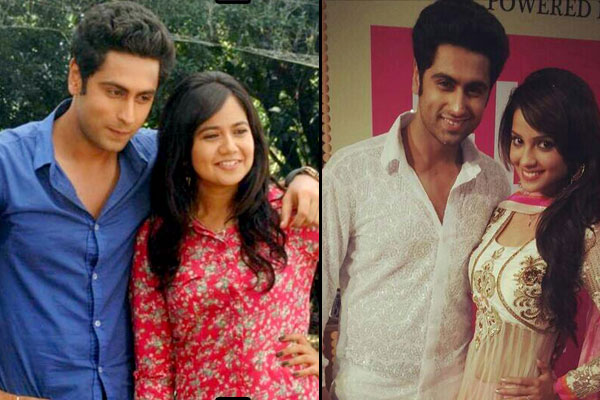 Ankit was two-timing Adaa and Roopal. Ankit was first dating Adaa but later started going out with his Sapne Suhane Ladakpan Ke co-star Roopal after convincing her that he has severed all ties with Adaa. While on the other hand, he told Adaa that he was not in talking terms with Roopal. It took some time for both the actresses to realise that he was playing double game with them.

Roopal was quoted as saying:

“Adaa and I were shocked to realise that Ankit was two-timing again." 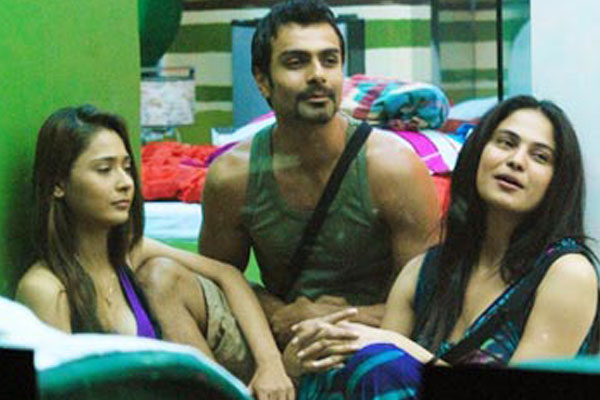 Looking at Ashmit and Sara in Bigg Boss, the world believed that they would be together forever as they were inseparable as a couple. But soon after Sara left, Ashmit did every possible thing to woo Veena and he succeeded. When Sara returned in the house, she was called as Veena’s little sister. And when all this was not enough, Sara married her long-time partner Ali Merchant on the show with her brother, Ashmit on her side!

Must Read: 14 Famous Bollywood And Television Celebs Who Found Love In The Bigg Boss House 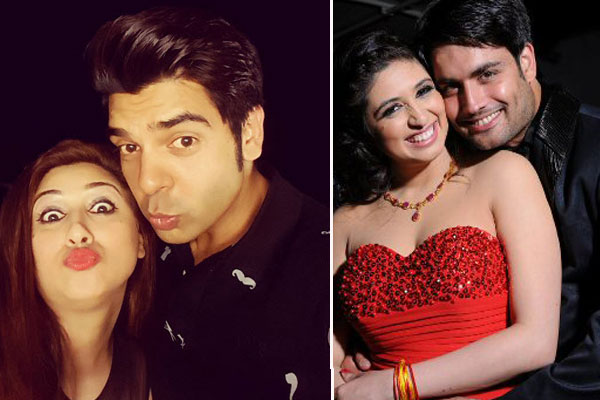 When Vivian and Vahbbiz announced that they are ending their marriage, everyone was shocked. But rumours were abuzz that the reason behind their break-up was Vahbbiz's growing fondness for Vipul, which irked Vivian so much that he left his house. However, the actress denied the involvement of any other person for her marriage trouble, she tweeted:

“There is no 3rd person involved betw Viv and Me,” she wrote on her Twitter.

The latest news is that Vivian Dsena and Vahbiz Dorabjee have confirmed that they are heading for divorce. But this time the fingers are being pointing towards Vahbiz's business partner Pankit Thakker (READ MORE) Sana and Vishal knew each other before the Bigg Boss stint, and the actor even tried to woo Sana before the reality show, sh said:

“He chased me for three months before the show.” 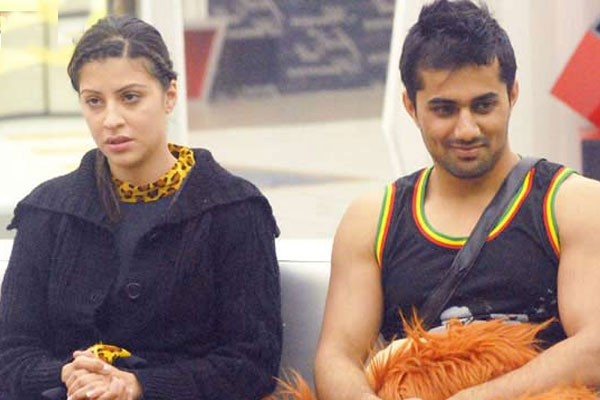 And when they both got in the house they really bonded well. But when Karishma entered in the house, Vishal got attracted towards her leaving Sana alone. 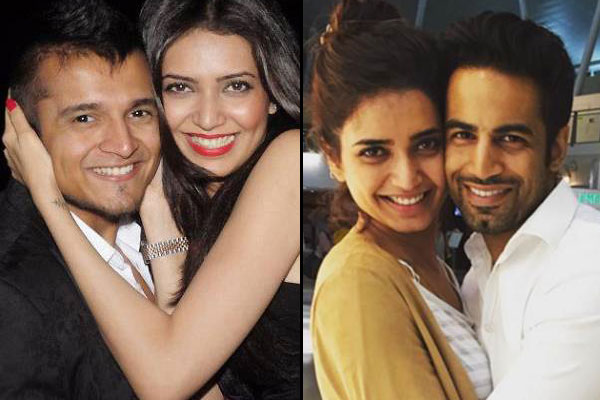 Karishma was dating Rushabh when she entered Bigg Boss, but things changed when the actress went inside the house and met Upen. The duo initially became good friends, but when Upen re-entered the show, they both got close to each other. And when Upen proposed to Karishma on the national television, she happily said yes, dumping Rushabh for the actor. Just when fans were eagerly waiting for Sushant and Ankita to tie the knot, the stars announced their break-up, leaving many people stunned. Apparently, it was Ankita’s alcoholic nature and Sushant’s proximity to his Raabta co-star Kriti which led to their separation.

However, the actor denied the claims on his Twitter,

“Neither she was an alcoholic nor I am a womaniser. People do grow apart and it’s unfortunate. Period!!”

Ankita Bhargava Prays For Her One Wish To Get Fulfilled, Hubby Karan Patel Takes The First Baby Step