It is said that marriages happen just for once in a lifetime, but what if you don't get it right the first time? Why not give it a second chance?

Some Bollywood celebs decided to give love a second chance. Here is a look at some of the most successful, controversial and talked-about second marriages of Bollywood. 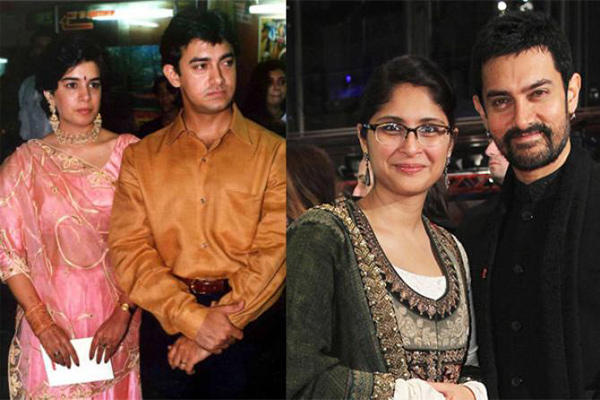 'Mr Perfectionist' of Bollywood, Aamir Khan has also married twice. He was married to his childhood love interest Reena for 15 long years from 1987 to 2002. Reena and Aamir also have two children, Junaid and Ira. Later, he married Kiran Rao, the assistant director of his film Lagaan in 2005. Kiran and Aamir have a son, Azad Rao Khan. Lyricist Javed Akhtar and actor Shabana Azmi have been one of the most vocal and socially active couples of the industry. Shabana, well known for her characters in both commercial and parallel cinema, tied the knot with Javed in 1984. This was Javed's second marriage. He was married to Honey Irani before this. Javed and Honey have two children- Farhan and Zoya. 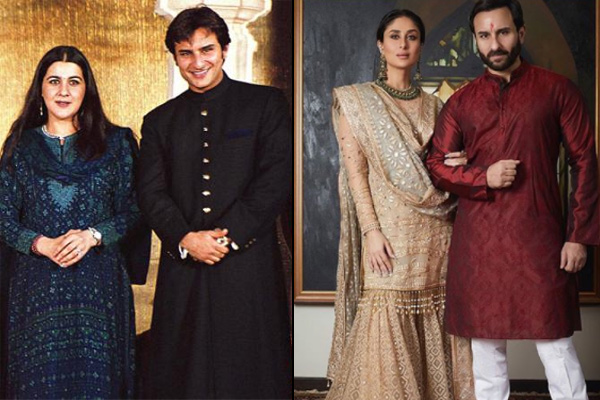 Saif married Amrita Singh in 1991, even before his career began. Amrita was already a successful actor then. They separated in 2004. Saif and Kareena started dating in 2007 and finally got married in 2012. Kareena is good friends with Sara and Ibrahim, Saif's children from his first marriage. Saif and Kareena have a son, Taimur Ali Khan. 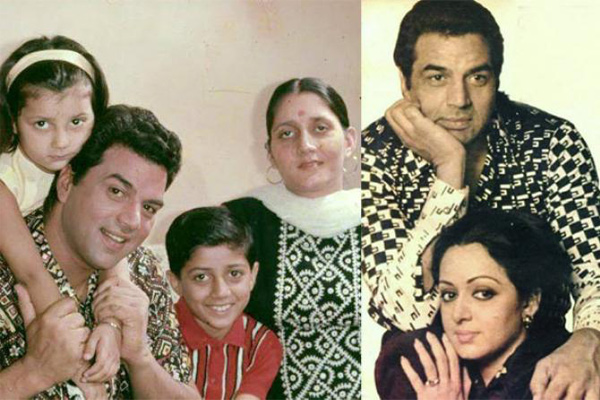 It is said that Hema Malini and Dharmendra fell in love on the sets of Tum Haseen Main Jawaan. Dharam was already married, and had two sons Sunny Deol and Bobby Deol. Both of them converted to Islam before marriage, since Dharmendra's first wife, Prakash Kaur, was not keen on giving him divorce. The couple has now completed 32 years of marriage, and have two daughters Esha Deol and Ahana Deol. 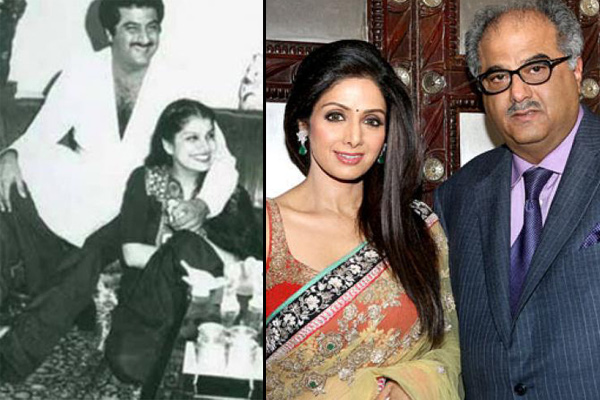 One of the biggest producers in Bollywood, Boney Kapoor was married to Mona for 8 years. They have two children- Arjun Kapoor and Anshula Kapoor. In 1996, he divorced Mona and married superstar Sridevi. The couple have two daughters, Jhanvi Kapoor and Khushi Kapoor. 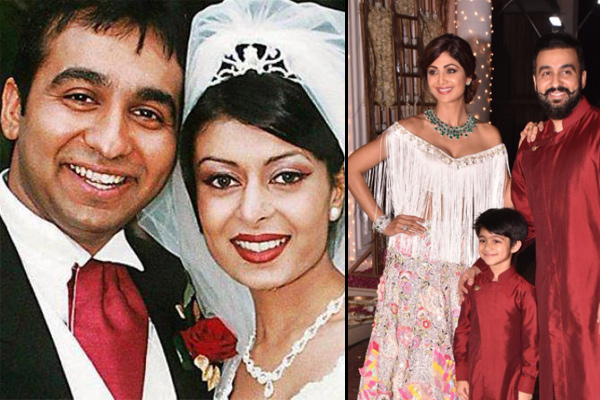 Raj and Shilpa's wedding was one of the most talked about second marriages of the tinsel town. Prior to this, Raj was married to Kavita Kundra. They also have a daughter together. He divorced Kavita to marry Shilpa Shetty. They are now proud parents of a baby boy- Viaan. 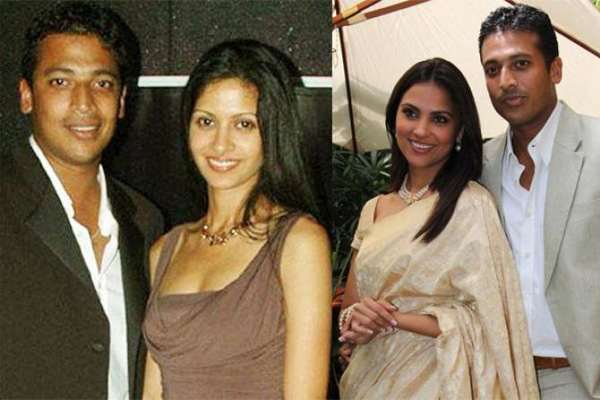 Mahesh married Shvetha in 2002 but the couple got divorced in 2009, ending their seven years of marriage. And if Shvetha is to be believed, the former Miss Universe was the reason that led to the trouble in their paradise. Shvetha claimed that Mahesh started seeing Lara while they were still married. Mahesh Bhupathi’s proposal to Lara Dutta in Paris was just like a fairytale. And later on February 16, 2011, Lara and Mahesh tied the knot. Mahesh and Lara are blessed with a baby girl, Saira. 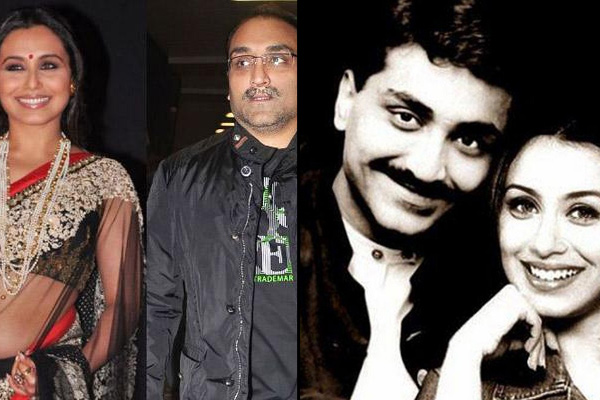 Rani Mukerji was Yash Chopra's leading lady. They gave many hit films. Eventually, Rani started working with Aditya which brought the two of them closer. It is often speculated that Aditya ended his seven years of married life with his first wife, Payal Chopra, because of Rani. Rani and Aditya were tied in a holy matrimony on April 21, 2014, and the two became proud parents to a baby girl, Adira. 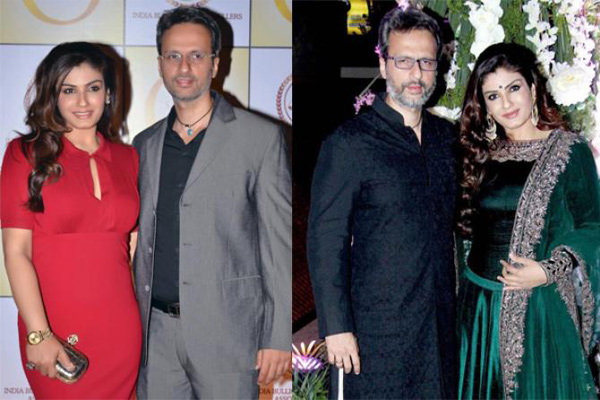 Raveena Tandon married film distributor Anil Thadani in 2004. Anil was earlier married to Natasha Sippy. Natasha is the daughter of the producer Romu N. Sippy. The divorce was a controversial affair as the Sippys blamed Raveena for the failure of Natasha and Anil’s relationship. Raveena gave birth to a girl, Rasha Thadani in 2005, and a boy, Ranbir Thadani in 2007. 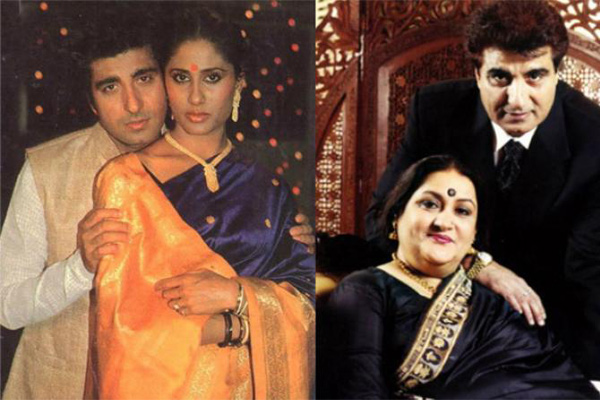 Raj Babbar was married to Nadira Zaheer. The couple have two children, Arya Babbar and Juhi Babbar. Raj then married actress Smita Patil. Their marriage was very controversial and many feminist organisations termed Smita a 'home-wreaker' after the marriage. However, Smita died of post-partum complications two weeks after the birth of their son Prateik Babbar. And, Raj subsequently patched up with his first wife.

Bollywood sure is full of such couples who have had successful second marriages. And, those who say love happens only once need a reality check with the lives of these celeb couples.