There’s something heavenly about becoming parents, and all the expectant parents will vouch for it. The feeling that the new person’s each and every breath, tiny little limbs, and extreme cuteness are all for you is an ecstasy in itself. And, the same goes for our celebs. They might be leading ultra-glamorous lives, but when they are about to become parents, there is a different aura about them.

We, as normal people are so obsessed with the lives of our favourite celebrities that we follow every step of theirs excitedly. And, if they are about to become parents, it is all the more happening for us. So, here we have for you the latest list of celebrities who are expecting cute little bundles of joy in 2016.

Read: 10 Things You Must Keep In Mind While Taking Your Baby To A Wedding 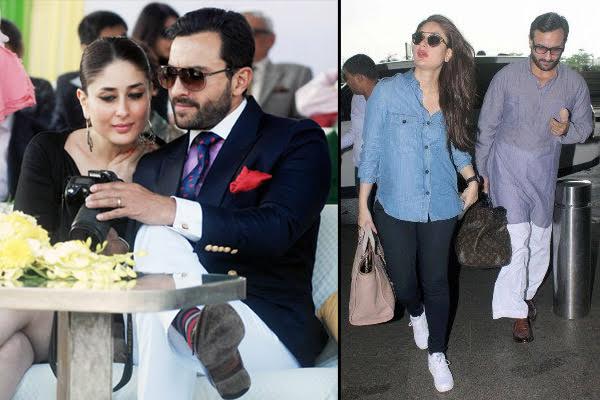 Well, the list has to start with the Diva of Bollywood. The beautiful and extremely talented Kareena Kapoor, and the suave and handsome Saif Ali Khan are about to become parents. While this will be Kareena’s first child, Saif already has two children from his previous marriage, Sara and Ibrahim. The speculation around the child is high with reports coming in that they got a sex-determination test done when they were in London (which were denied by them later) to Kareena lashing out at the media for overhyping her pregnancy.

Well, all we can say is that we’re sorry Kareena, but we are just so excited for the baby that we couldn’t keep it in us and so we follow all the details closely. With Saif’s royal lineage and Kareena’s good looks, we’re sure the baby will be a head turner.

READ: Karisma Kapoor Dines With HOT Soon-To-Be Mommy Kareena Kapoor, She Is Glowing Like Never Before 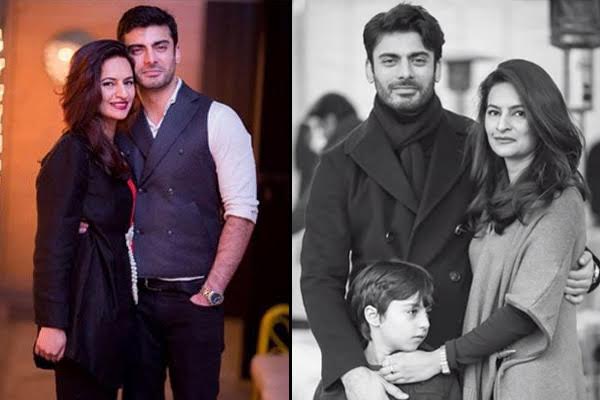 While Sadaf may not be a part of the film industry, her husband (damn!) Fawad Khan sure is. This hot couple already has a son, and now that he is six years old, his parents have decided to give him a younger sibling. Yes, Sadaf is pregnant and the baby is due in October.

Fawad and Sadaf got married in 2005 and have been childhood sweethearts. When Fawad made his Bollywood debut with Khoobsurat alongside Sonam Kapoor, he won many hearts and girls all over the country were swooning over him. But, the revelation that he is married and has a son also left us all heartbroken. But, we are happy for this couple and may God bless them with a healthy child. 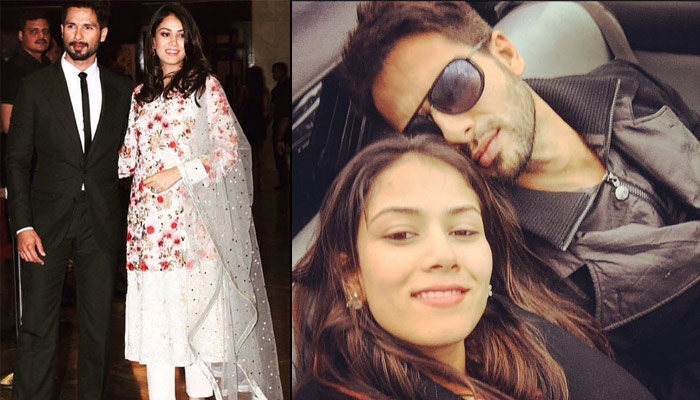 Well, Bollywood heartthrob, Shahid Kapoor and his wife Mira Rajpt are expecting their first child. Her public appearance at the Lakme Fashion Week 2016 sparked off pregnancy rumours where she was seen in a peach anarkali suit with the dupatta draped in such a way that hid her possible baby bump. And later, a social media post by her designer friend, Masaba Gupta, somewhat confirmed that Shahid and Mira are on their way to becoming parents.

After sometime, Shahid himself confirmed this news in a super-cool manner. The baby is due in September and Shahid is taking special care of his wife. Everyone is eagerly waiting for their little one to arrive soon! This telly couple has been married for almost 10 years now and for them, the pregnancy came as a huge surprise. Well, the couple has been on cloud nine since then. Teejay even said that Karanvir did not believe her when she first told him about the pregnancy. She shared:

Well, we are sure you deserve all the happiness and your newborn will be healthy and the coolest kid on the block.

Recommended Read: A Young Wife, A Single Mother- The Journey Of Baby Doll Singer Kanika Kapoor Will Give You Chills The Kasamh Se actress, Roshni Chopra is surely a yummy mummy to her 3-year-old son and is now all set to embrace motherhood for the second time with her husband, Siddharth Kumar Anand. This IPL host-turned-fashion designer recently enjoyed her baby shower thrown for her by her sister and friends and was seen enjoying herself totally. Roshni is in her third trimester and is expecting her baby in September. She shared:

“Jaiveer is very excited – he wants a brother to play football with. But we don’t know if it’ll be a girl or a boy. We just want a healthy baby.”

We are sure you will have a healthy baby, Roshni. Many congratulations to the couple. 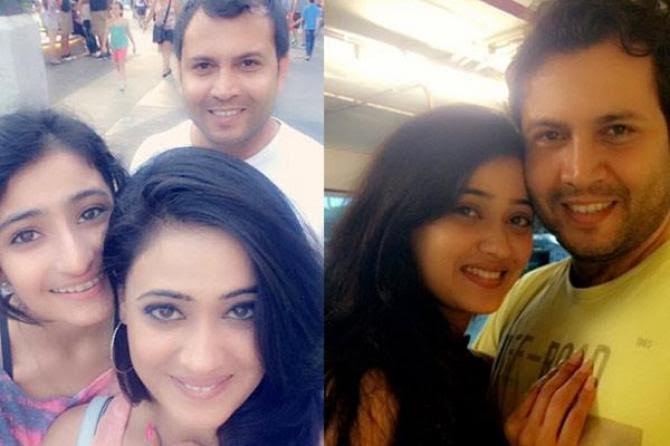 Shweta Tiwari aka Prerna of Kasautii Zindagii Kay fame was a single mother to her daughter, Palak who she had with her first husband, Raja Chaudhary. The marriage ended on a sour note, but Shweta found love again in television actor, Abhinav Kohli.

And now, after three years of marital bliss, they are expecting their first child together. They are one happy couple and even enjoyed a babymoon in Goa where Abhinav pampered his wife, Shweta to the fullest. We sure are happy for you Shweta and wish you a healthy pregnancy and an even healthier baby. This television hottie got married to businessman, Harmeet Sethi in 2012 and is now expecting her first child anytime soon as she is in her last trimester. She sure is a yummy mummy, and flaunts her baby bump in style. She is not the one to be shying away from all the adulation she is getting from her fans. She posted some cool pictures on her social media account flaunting her baby bump. Well, we are sure her child will be as cool as her! 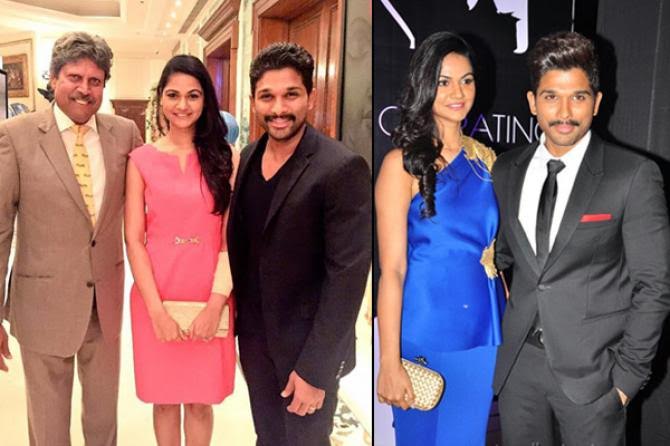 Like Sadaf Khan, Sneha has no link to the film industry, but she is the wife of Tollywood’s famous superstar, Allu Arjun. He is the nephew of the famous Chiranjeevi and has acted in many films down South like Parugu, Vedam, and Race Gurram. He got married to Sneha in 2011 and has a 2-year-old son named Ayaan. And to add to their family, they are expecting their second child together, with the baby due in November. He shared a cute family picture on his Twitter handle and confirmed the news with the caption:

“Happy to share that my family is growing a little bigger. Another baby arriving soon!”

We sure hope that your little one brings you good luck by the dozen, Allu Arjun and Sneha. Best wishes from all your fans worldwide. She got famous after her stint as Ayesha in Sony Tv’s hit series, Bade Achhe Lagte Hain. And, she is in her second trimester as of now with her child due in September. She got married to businessman, Farhan Mirza in 2013. When asked about her pregnancy, she said:

We wish her a healthy pregnancy and an even healthier baby. God bless the mother and the child. 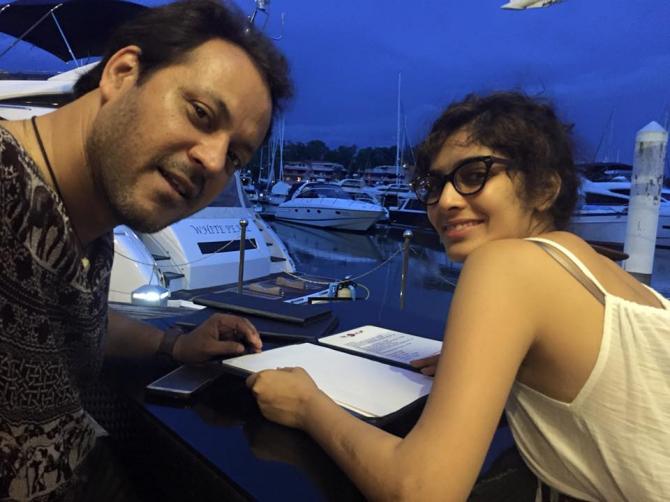 Hritu is a Balaji Telefilms actor who works in the Doordarshan serial, Pavitra Bandhan – Do Dilo Ka and Noel is the famous television director of many hit series like Geet, Sanjog Se Bani Sangini, Bitto, and Ek Veer Ki Ardaas Veera. They got married in October 2015 and are expecting their first child together. The baby is due in September, and the parents-to-be are super-excited. While speaking to a leading daily, Hritu said:

“Yes, it’s true. The people at Balaji are very helpful. They are shooting in such a way that my baby bump is not visible on-screen. Me and my husband are very happy and excited about the new arrival in the family.”

Well, we are happy for you Hritu and Noel, and wish you a cradle full of happiness.

These celebrities have kept us on tenterhooks with the arrival of their little ones. We, at BollywoodShaadis, congratulate these soon-to-be parents and wish them healthy and happy bundles of joy. Do let us know in the comments section below about whose baby you are excited the most!

NEXT Read: 10 Breathtaking Babymoon Destinations Around The World For Soon-To-Be-Parents