No words can ever describe the pain of losing a family member, but the support of your better-half can lessen the pain. And Gauahar Khan's hubby, Zaid Darbar is a perfect example of it!

No words can ever ease the pain of a heart that has lost one of its precious relationships. Death is an inevitable truth yet it pains the most and no one wants to see the day when their closed ones are not around them. After all, the unsaid goodbyes hurt the most. And Bollywood actress, Gauahar Khan is going through the same as her father, Zafar Ahmad Khan had breathed his last on the morning of March 5, 2021. (Recommend Read: Soha Ali Khan Gives Glimpse Of Play Area At The Pataudi Palace As Inaaya Naumi Kemmu Enjoys Her Time)

Gauahar's father, Zafar Ahmad Khan was hospitalised a few days ago and she had informed her fans about the same and had asked them to pray for him. However, in the morning, the actress had shared the heartbreaking news of her father's demise. She had taken to her IG handle and had penned a note, which could be read as "My Hero. No man like you, Ever. My father has passed, to the ever after as an Angel. Alhamdulillah. His passing away was a testament to his beautiful life n the best soul he was. Forever My Pappa. I love you oh so much. I am so much of you Pappa. And yet can never ever be even a percent of your magnanimous personality. Keep him in your prayers please." On March 5, 2021, Gauahar's father's last rite was performed by her husband, Zaid Darbar and her brother-in-law, Awez Darbar. The rites were performed at Versova crematorium in the afternoon. Check out the pictures of the same below:

Gauahar's husband, Zaid had penned his last goodbyes for his father-in-law. Sharing a picture with him, the actor had written, "Please keep my father in law in your Duaa's. Allah gives him the best of health. Ameen. He's the coolest man I know. Alhamdulillah."  (Also Read: Rahul Vaidya Preparing A Special Dish For His Ladylove, Disha Parmar Is All About Couple Goals) On March 3, 2021, Gauahar had taken to her Instagram handle and had shared an unseen picture from her vidaai ceremony. In the picture, we could see Gauahar hugging her father tightly as he kissed her cheeks. Alongside it, Gauahar had written, "A father's kiss. Zafar Ahmed Khan , I love you soooooooooo much #Mypapastrongest." (Don't Miss: Jay Bhanushali's 'Appreciation Note' For His Wife, Mahhi Vij Is A 'Must Read' For Every Husband) 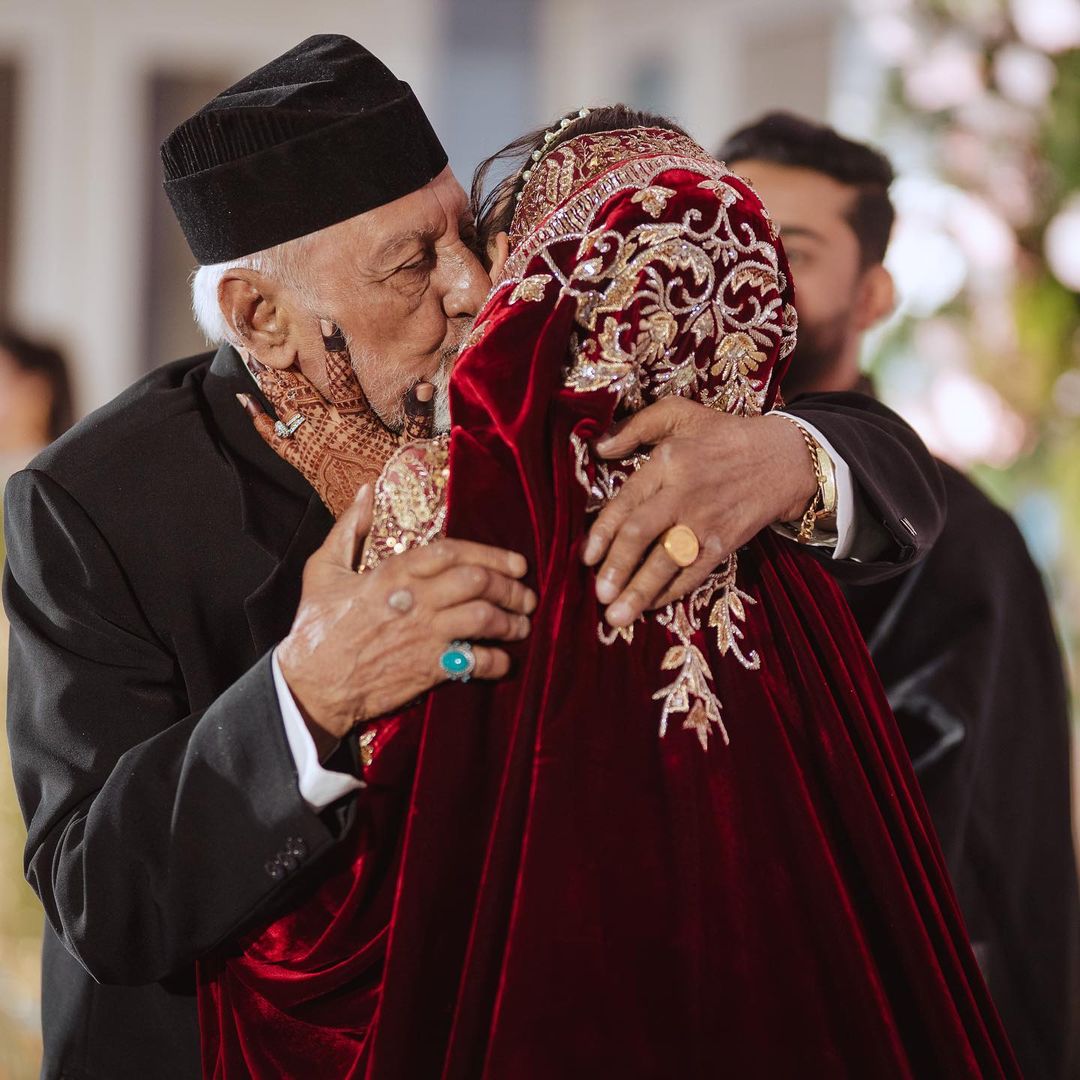 Our deepest condolence to Gauahar Khan! A father-daughter bond is an inseparable one. For a little girl, her father is her saviour and for a father, his daughter is the princess. Her every wish is his command. However, for a father one of the most emotional days of his life is when he sees his daughter getting